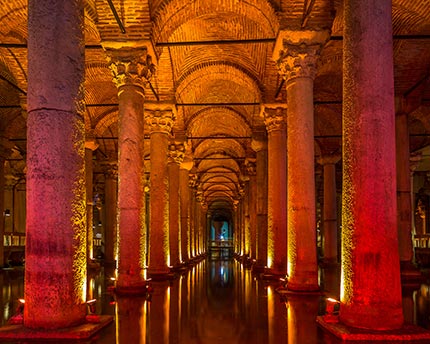 A city’s main monuments (internal link: what to see in Istanbul) are usually located at ground-level, meaning you see them when you walk by. However, the most beautiful constructions are sometimes hidden, and can only be discovered if you explore underground.

This is the case of Istanbul’s wonderful Basilica Cistern, which is one of the city’s 60 underground cisterns. They were constructed during the Byzantine period to provide water reserves in case the city was attacked. You must find time to visit it during your trip. Its dim lighting, impressive columns and the mystery that surrounds the cistern will transport you to another world. Let’s go down together to discover it in detail.

Istanbul’s Basilica Cistern: the history of a sunken palace

The structure’s nickname of ‘the sunken palace’ leads us to think straight away that we aren’t going to be visiting a simple cistern for storing water. It is known as the Basilica Cistern because it was built on the site of an ancient place of worship.

One of the main ways of bringing water to Istanbul was through the Aqueduct of Valens, which carried this precious resource from the Belgrade forest to this monumental spring. A siege that destroyed this crucial structure left the city in a very vulnerable state.

In the wake of this attack, the Byzantine Emperor Justinian I decided to build a series of underground cisterns to store rainwater, ensuring that the city would have reserves of this important resource going forward. The Basilica Cistern was the largest and most spectacular of all. 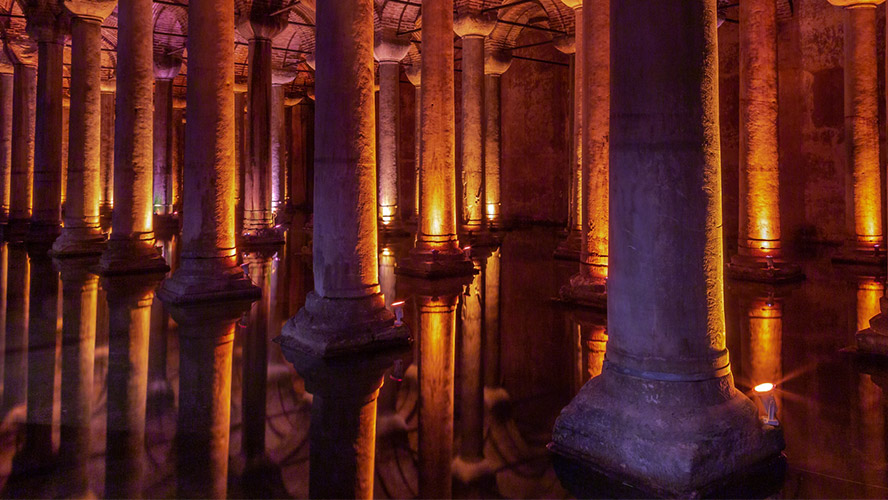 After just a few months, during the year 532 AD, the cistern was finished. It was used to supply water to the now-lost Great Palace of Constantinople and other important buildings in the area. Topkapi Palace (internal link) was also supplied with water to irrigate the gardens. This was the case until the Ottoman conquest in 1453, who had a preference for running water to stored water.

It was the Dutch explorer, Gyllus, who discovered the cistern in the mid-16th century. After reading the stories of local people, some of whom claimed that there were wells beneath their houses houses, Gyllus managed to find some stairs that led down to the source. He published his study on the cistern in his travel guides.

After being used during the 19th century as a timber storehouse, it was restored in the 1980s for tourism purposes given the high degree of interest and the beauty of the cistern. It was first opened to the public on 9 September 1987.

Interesting facts about the Basilica Cistern

Once you immerse yourself in the cistern’s atmosphere, you will feel like you have stepped through a door that leads to a different universe. In this isolated haven of peace and tranquillity, the constant hustle and bustle of Istanbul’s streets are replaced by nothing but silence. There are many interesting facts about this magnificent monument, so take your time to read through them all. 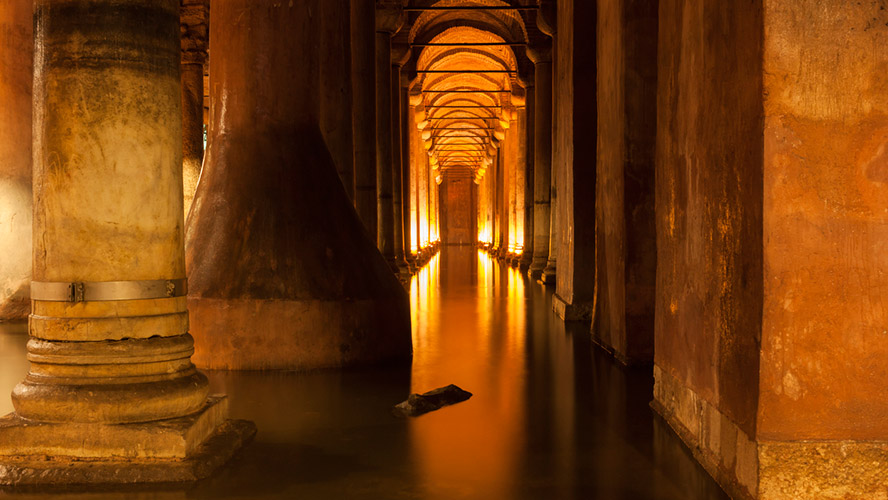 The subtle reddish lighting lends a magical touch to this beautiful place, while its special acoustics have led to it being used as a stage for music concerts. At the entrance you’ll also find a small restaurant with a terrace. Also, when you finish the tour, you’ll have a chance to buy a souvenir from the cistern’s gift shop. Make sure you have your camera ready because you’re going to want to take some snaps! 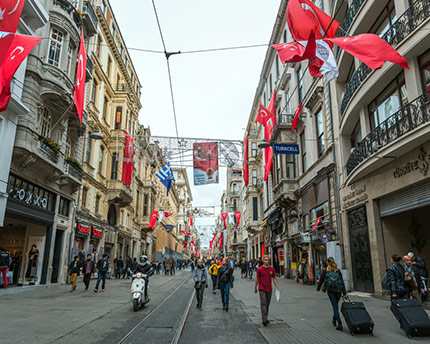 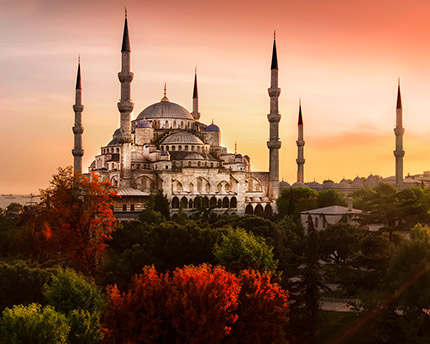 What to see in Istanbul: the 15 visits you can’t miss 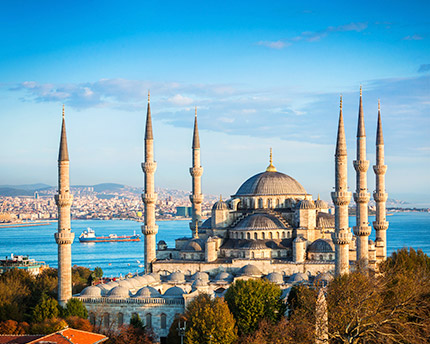 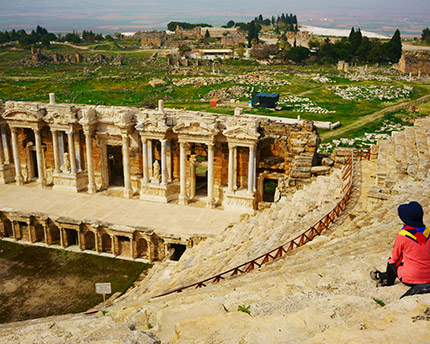