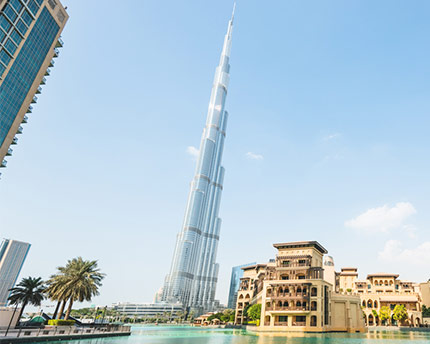 Highlighting just one thing about Dubai would not do it justice, because everything is incredible in this city, thanks to its architecture, entertainment options and hotels. Without a doubt, the emirate of Dubai is one of the most exciting in the United Arab Emirates, in terms of both technological and social advancements. On your trip to the city of Dubai many places will remain etched in your memory, and the Burj Khalifa skyscraper is one of them. Situated in a large complex, it has other attractions that we will tell you more about later and that are a good reason to visit at any time of the day or night. If you like photography, try taking photos at different times and from different angles, with results that change according to light.

As well as enjoying the most innovative architecture, it’s also a good idea to get to know the roots and culture of Dubai by visiting its traditional neighbourhoods, of which there are a few, and going to the desert that surrounds this mirage. The view of the city’s skyline from the dunes, with the sharp spire of Burj Khalifa pointing up to the heavens, is unforgettable.

History of the world’s tallest building

Believe it or not, the whole Downtown Dubai district, where the Burj Khalifa is situated, was built in the twenty-first century and has been carefully planned. Initially called the Dubai Tower, it was renamed the Khalifa Tower, or Burj Khalifa (after the sheikh of the United Arab Emirates). Construction of the skyscraper began in January 2004 and was not completed until six years later, in January 2010. The architect behind the enormous project was Adrian Smith, who worked for the firm Skidmore, Owings and Merrill until 2006. The initial construction budget was 4 billion dollars, but, as is often the case, the figure eventually rose considerably higher, to 20 billion. 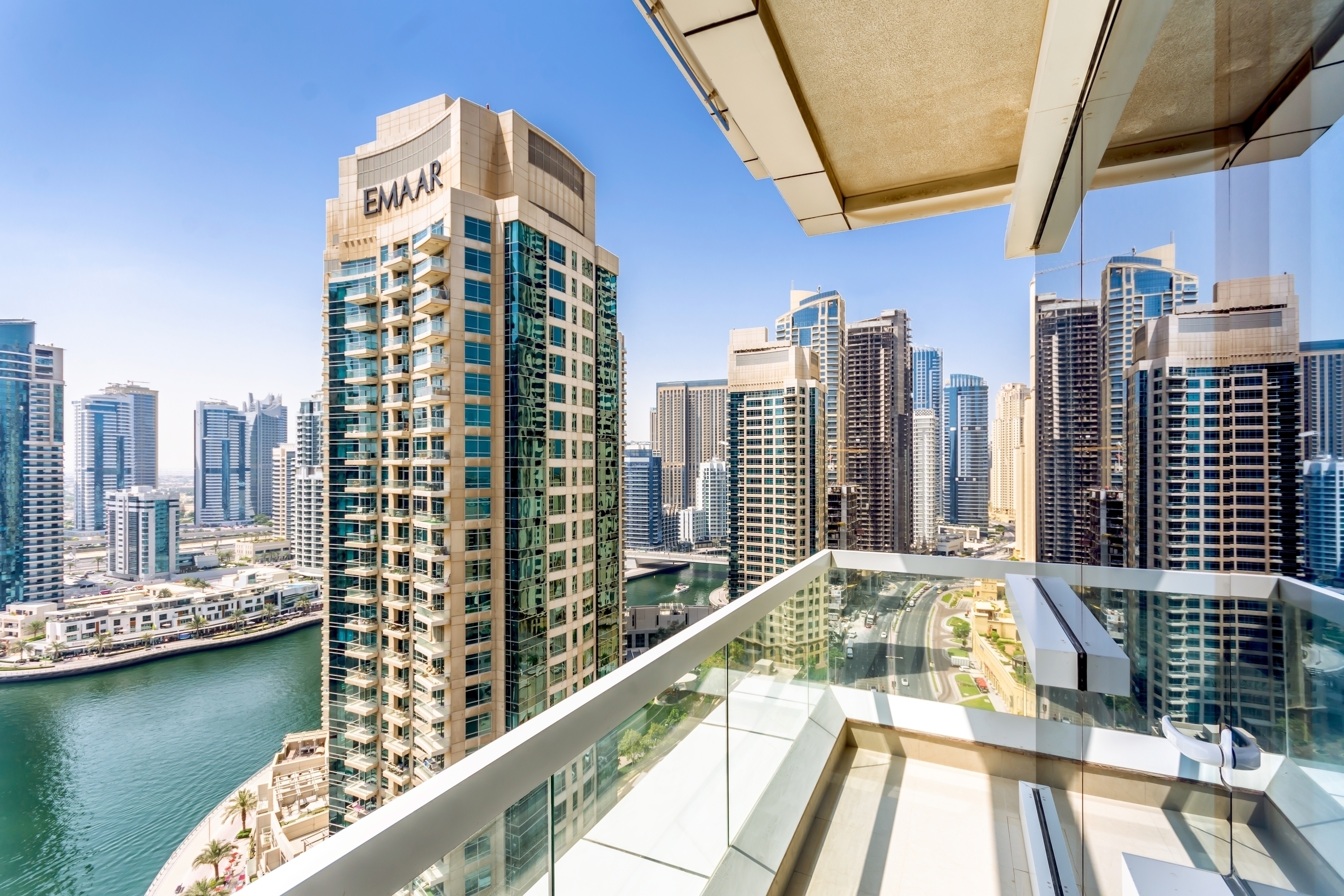 However, it did manage to beat the record set by Taipei 101 (Taiwan’s bamboo-shaped tower), reaching a height of 828 metres. Perhaps the most striking thing about the glass tower is its shape, with a base resembling a flower, the Hymenocallis or spider lily, which is white and has six petals and is grown in Dubai and India. Instead of six petals, just three were incorporated into its design, in addition to a Y-shaped layout. It is made up of different sections containing offices, the first Armani hotel, luxury apartments, restaurants and viewpoints.

The complex where the Burj Khalifa is situated is not only home to the tower but also a vast shopping centre, a huge fountain, a navigable canal and restaurants, among other things.

The sense of wonder you get when visiting this majestic tower begins at the bottom, before going up, although the viewing decks of Burj Khalifa do steal the show with their incredible views. There are several options in the tower for enjoying the immense panoramic views. The most common are At the Top Burj Khalifa, two floors with 360-degree viewpoints on the 124th and 125th floors (reached by lift in just 60 seconds), and At the Top Burj Khalifa Sky, on the 148th floor, which is 555 metres above the ground.

If you want something more exclusive, you can go up to The Lounge Burj Khalifa on the 152nd, 153rd and 154th floors, at a height of 585 metres. This is the highest café on the planet, where you can have afternoon tea or some cocktails at sunset. Tempting, right?

If you want to visit Burj Khalifa, do not hesitate, because it really is a great experience. We recommend buying tickets in advance and, if possible, going at off-peak times, because the queues to get in the lift will be shorter and the viewing decks will be much quieter. Taking photos is almost obligatory, so the less tourists the better, don’t you think?

If you haven’t booked tickets in advance, you can buy them on the spot at the ticket office. You can also pick up tickets for a later date from the office. Access controls are very thorough, so make sure you check the time on your ticket. If you go to Burj Khalifa at night, be sure to stay to see the fountain show, with music and water, which is well worth it.

We’ve already told you some interesting facts about the construction and the architects behind Burj Khalifa, but there are three other facts that you will want to know. Did you know that… 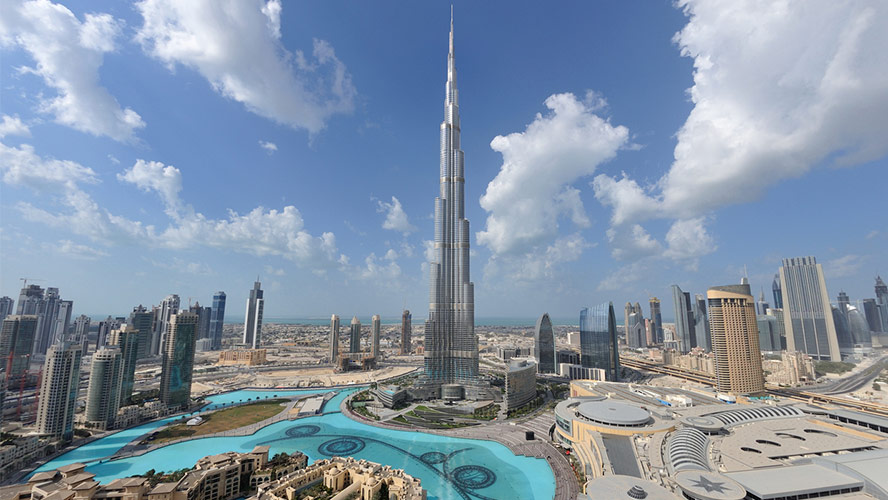 Other spectacular buildings in Dubai

In addition to Burj Khalifa, on your visit to Dubai don’t miss other spectacular buildings, such as Burj Al Arab, which resembles the sail of a boat and houses the only seven-star hotel in the world. The Emirates Towers, the Twin Towers, The Frame and the Cayan Tower, with its unusual spiral shape, are also magnificent. Dubai’s skyline changes by the minute so you’re sure to discover something new on your visit.

Choosing a good hotel in Dubai is simple because it boasts very good establishments. But if you want to be on the safe side, we suggest considering those belonging to Barceló Hotels. Very well connected to Downtown Dubai is the Occidental Al Jaddaf. This four-star hotel is situated close to Dubai Creek and has 365 spacious and modern rooms and suites. Its facilities include excellent restaurants such as Carmen Tapas, serving Spanish cuisine, and Beit Beiruty, specialising in food from Beirut. The hotel also has a heated pool, a gym, a sauna and a Turkish bath.

If you are interested in Palm Jumeirah, the famous palm-tree-shaped artificial island, you can opt for Dukes The Palm, a Royal Hideaway Hotel, a five-star hotel with 279 rooms and suites, as well as 285 apartments. You can also make use of a private beach, where you can swim in the warm waters of the Persian Gulf, and a large infinity pool. If you want to treat yourself, don’t miss Khyber restaurant, specialising in Indian cuisine.

Another great option if you are travelling with your group of friends or family is to book an apartment at Barceló Residences Dubai Marina. You’ll have 253 elegant residences to choose from and excellent facilities with swimming pools and a gym. In the surroundings of Dubai Marina there is also a wide range of entertainment options such as leisure centres, nautical centres, shops and restaurants.

Finally, we cannot forget other establishments a little further away from the centre, such as the Occidental Dubai Production City, which has four stars and is situated close to the Expo Dubai. The hotel has 239 very spacious rooms, two restaurants, a bar, a sky lounge with a swimming pool and two heated pools. And, also the Occidental Sharjah Grand, a four-star hotel situated in Sharjah, a nearby city that is well connected to Dubai. The hotel has 221 rooms, a private beach area and excellent dining options.

How tall is Burj Khalifa?

The Burj Khalifa, or Khalifa Tower, is 828 metres tall. Visitors can access its viewing decks or the café (the highest in the world) by paying the admission fee. The viewing deck on the 148th floor is 555 metres high.

Can you go to the top of Burj Khalifa?

Going up to the viewing decks of Burj Khalifa is possible and highly recommended, because the views of the city from high up are incredible. All you need to do to go up is pay for a ticket, either online or at the ticket office situated in the building itself.

The architectural firm entrusted with the design of the spectacular construction was the Chicago office of Skidmore, Owings & Merrill LLP (SOM), with Adrian Smith at the helm of the project. The interior design was carried out by the same studio headed by Nada Andric.

How much is admission for Burj Khalifa? 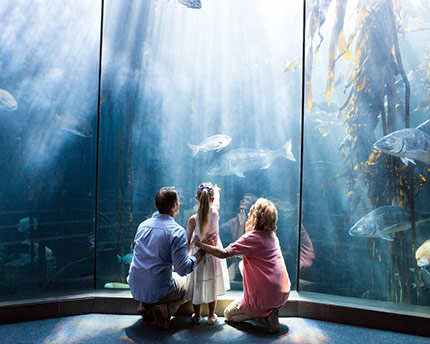 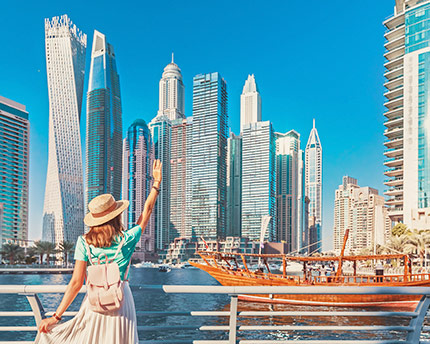 Miracle Garden in Dubai, the biggest garden in the world