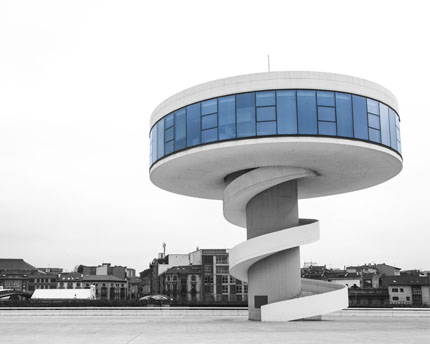 Located by the estuary of Avilés, the Oscar Niemeyer International Cultural Centre is a striking emblem of art and culture. Though it opened its doors on 26 March 2011, the prominent white cupola was only completed a few months later on 15 December 2010, on the same day its architect, the Brazilian Oscar Niemeyer, turned 103. Considered as one of the most influential modernist architects in the world and a disciple of Le Corbusier, he had just completed his first (and last work) in Spain.

The directors of the Niemeyer Centre describe the centre as a gateway to a plethora of artistic and cultural events. The Centre offers a variety of multidisciplinary programs and talks on music, film, theatre, dance, exhibits and gastronomy, meticulously curated to offer above-par experiences.

The Niemeyer Centre: Origin and construction

The idea behind this avant-garde building was conceived when the Prince of Asturias Foundation contacted previous laureates, including Oscar Niemeyer, regarding the award’s 25th anniversary celebrations. The Pritzker Architecture Prize winner used a black marker to quickly sketch out what would become his most important and unique architectural complex in Europe and his most treasured outside Brazil.

A cultural management benchmark in Ibero-America, the Niemeyer Centre sits on 44,000 m2 of land that once housed the blast furnaces of Avilés. It is divided into five different structures, each serving a unique purpose: 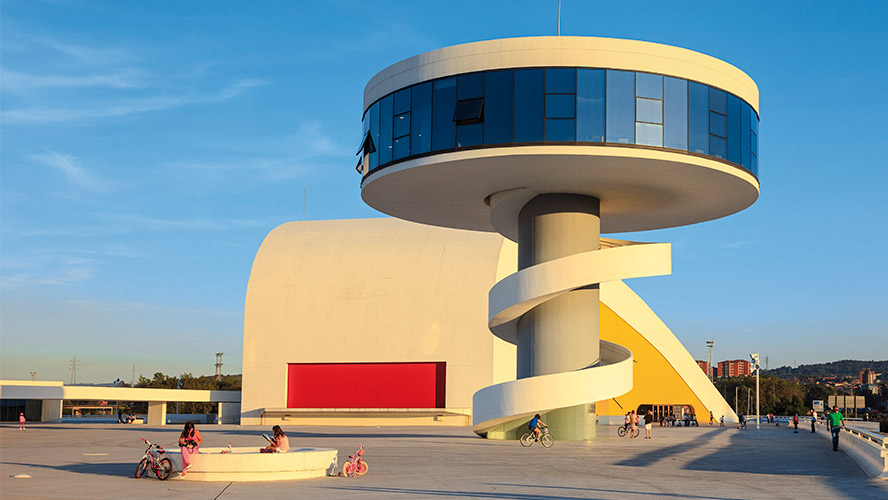 From Woody Allen to Annie Leibovitz

The Niemeyer Centre has an important educational space, Educa Niemeyer, which offers activities for people of all ages. There are school activities, such as Art-Kids-Tectos, which teaches pupils about Oscar Niemeyer’s work and his legacy. There are also workshops on the Centre’s exhibits and book launches. The program ‘Creativities’ allows children to interact and share their creative processes with writers, illustrators, designers, painters and musicians who have some sort of relationship with the Centre.

The International Oscar Niemeyer Cultural Centre: Another face of Avilés

You may wonder why Avilés was chosen to house the Niemeyer Centre and the answer lies in the challenging industrial restructuring this town had to go through. The regional government had to rethink the town’s economic, cultural and social profile and thought that if the Guggenheim Museum could revamp the image of Bilbao, then the Niemeyer Centre could do the same for Avilés.

From the minute the first stone was laid in April 2008, the town landscape was forever changed. The centre’s smooth curves replaced the harsh lines of the steel factories, giving the town the much-needed facelift it needed. The residents of Avilés could thank Oscar Niemeyer, the architect who had worked with the likes of Le Corbusier to design the United Nations Headquarters in New York and the city of Brasilia, for giving their town an icon of modernity. 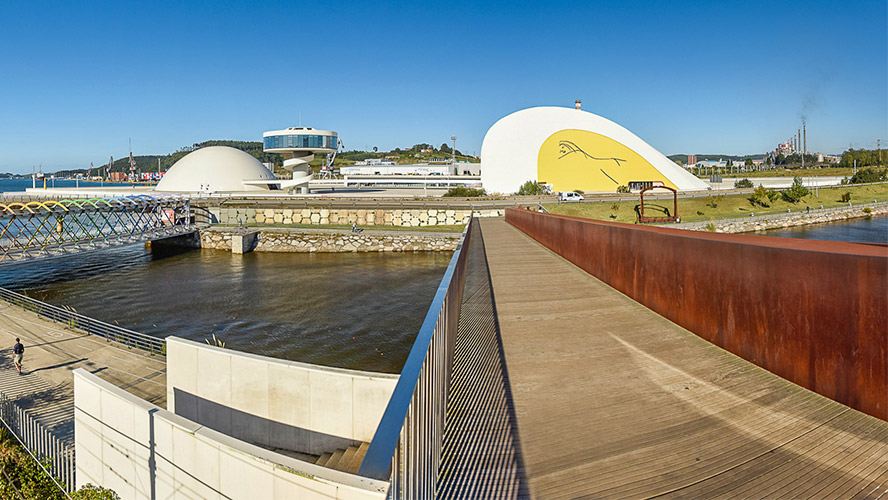 Niemeyer and his idea of space

There is no better person to describe his idea of space than Oscar Niemeyer. He wrote:

“I am not attracted to straight angles or to the straight line, hard and inflexible, created by man. I am attracted to free-flowing, sensual curves. The curves that I find in the mountains of my country, in the sinuousness of its rivers, in the waves of the ocean, and on the body of the beloved woman. Curves make up the entire Universe, the curved Universe of Einstein.”

During the rest of the year, guided tours are available at 5 p.m. from Wednesday to Sunday. There is an additional tour at 12.30 p.m. on Saturdays, Sundays and holidays.

By car: From Oviedo, take motorway A-66 towards Avilés and merge onto motorway A-8. Take exit 406 to take motorway N-632 and take exit 99 towards the town centre of Avilés. There is an underground car park with more than 400 parking spaces.

By train: The train companies Feve and Renfe connect Avilés to other towns in Asturias and Spain.

By bus: The company Alsa connects Avilés to other Spanish towns and cities.

By plane: The Asturias airport is located in Castrillón, 14 km from Avilés. 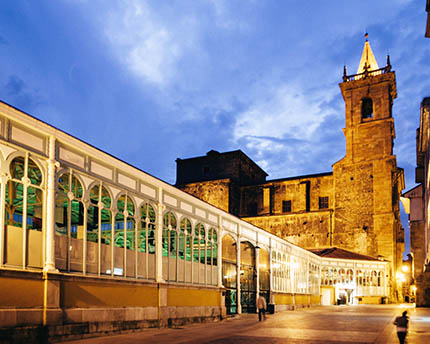 Asturian food and flea markets: Serving up the best products the region has to offer