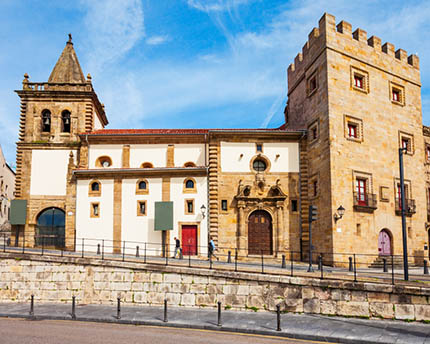 Come admire the grandeur of Revillagigedo Palace located right in central Gijón and just a short walk from the marina, the town square and Cimadevilla, the charming fishermen’s quarter. See for yourself what the great Pelagius of Asturias looked like – his statue stands on guard right in front.

This Baroque structure is assuredly one of Gijón’s finest landmarks. Although built in the 18th century by order of the Marquis of San Esteban del Mar de Natahoyo, the palace incorporates the remains of a 15th-century tower. The palace, however, owes its name to its last noble owner, Count of Revillagigedo.

Declared an Asset of Cultural Interest in 1974, the current owner is Cajastur-Liberbank, a Spanish bank. The building was severely damaged during the Carlist War and underwent extensive restoration before reopening its doors to the public in 1991. The building is adjacent to the collegiate church of San Juan Bautista and is now a cultural centre dedicated to the promotion of cultural and artistic expression. Come by in the late evening and marvel at the illuminated façade, courtesy of la Fundación Hidroeléctrica del Cantábrico.

Architecturally, Revillagigedo Palace is composed of four floors over a rectangular floorplan. The building is divided into five symmetrical parts and five arches form a gallery on the ground floor. There are five balconies on the first floor and four windows on the third floor. Two identical mediaeval-style crenellated towers stand on either side of the central body. The top floor was not part of the original plans and was added at a later date.

Not only does the palace form a complex with the charming collegiate church of San Juan Bautista, it is also built against the ancient Roman defensive wall that protected the city. Once you step into the palace, you’ll realise the interior architecture is just as stunning as the exterior. The circular distribution of the rooms around the patio ensures the rooms are connected and allows plenty of natural light to enter.

Rare would it be for a palace to not have seen prestigious guests come through the front door and Revillavigedo is no exception: Queen Isabel II is said to have stayed here during one of her visits to the north. 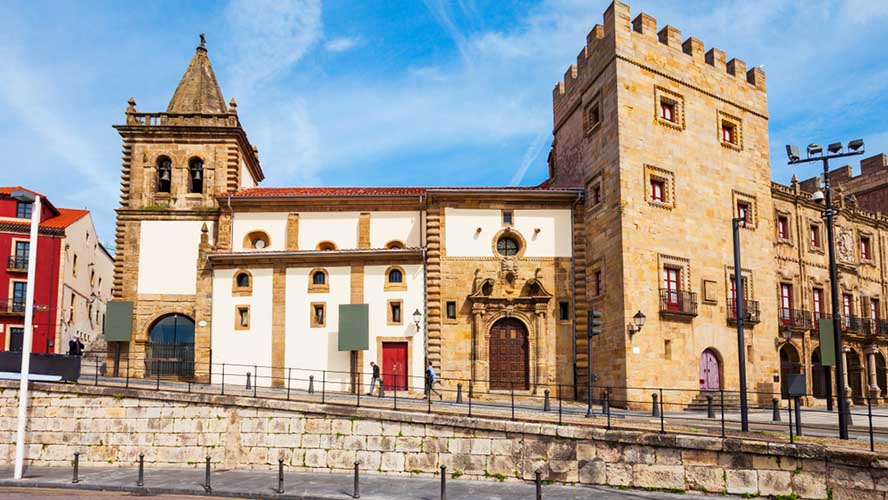 The palace was sold in the 1970s by its previous owner, Álvaro Armada y Ulloa, to the Caja de Ahorros de Asturias for a token price of £133,508.00 with the condition it become a public space.

Once the restoration was complete, the palace became an international art centre, hosting a wide variety of events. It is one of the most important exhibition spaces in Gijón, along with Universidad Laboral and the Internacional Óscar Niemeyer Centre. There have been temporary exhibitions by first-rate international and national artists, such as Goya and Chillida; and more mainstream exhibitions, such as ‘Leonardo Da Vinci Inventions’ and ‘Lego Constructions’. 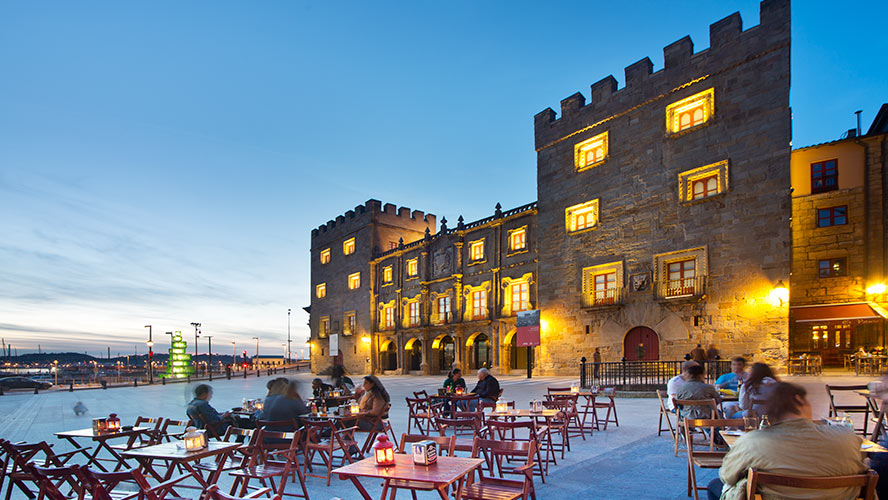 Exhibitions are not the only events going on at the palace. There are also courses, conferences, workshops, plays, dance shows, concerts and guided tours. You can also enjoy the quiet space the reading room offers and swing by the cafeteria for a snack. If you are there during the summer months, check out the summer programme for outdoor shows.

A tour of the historical city centre

Conveniently located at the edge of the historical, seafaring part of Gijón, Revillavigedo Palace is the ideal starting point for a tour of Cimadevilla. The best way to discover this enchanting neighbourhood, and all it has to offer, is on foot. Here are just but a few of the key landmarks you’ll see during your walk: 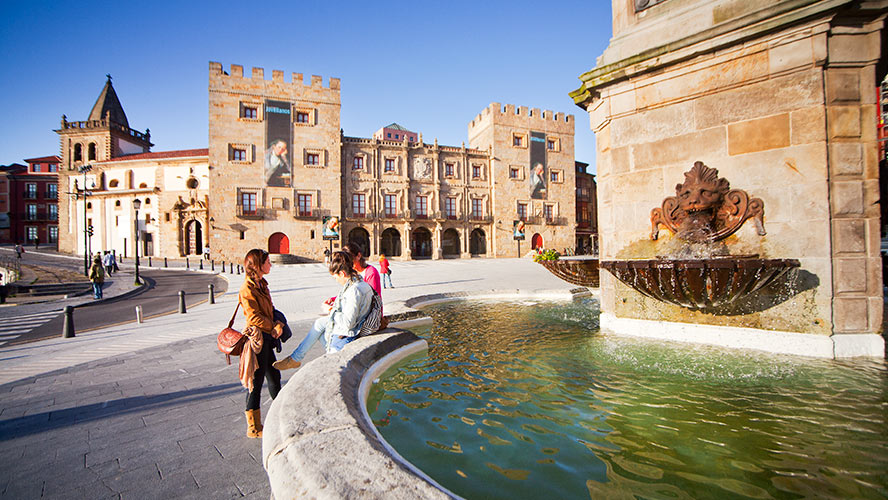 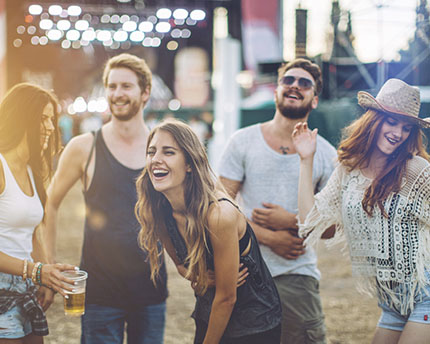 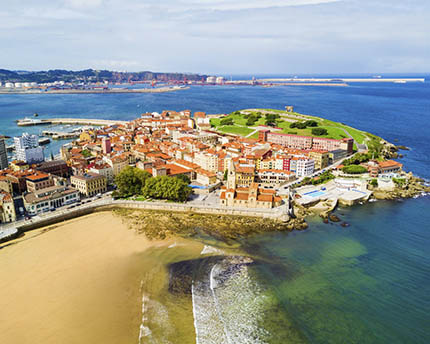