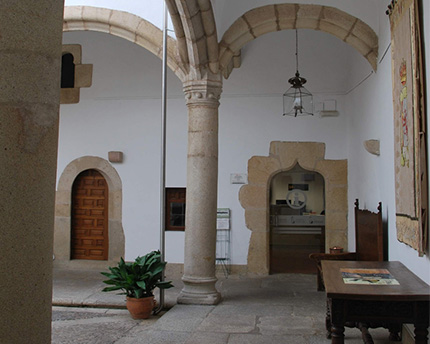 Located in the same square as the Cathedral, the Carvajal Palace is home to a seemingly endless amount of marvels, so much so that they spill out from its four walls. Inside, you can find traces of people from the time of the Moors to the Renaissance, including many works of art that belong to the Prado Museum. Although it was built during the 16th century, it actually contains a 12th century defensive tower built by the Moors, which you can climb and take advantage of the elevation to get the best views of the city.

Its walls have been home to a thousand stories, each worth telling. From the 19th century fire that resulted in its garnering the moniker ‘The Burned House’ to the 14th century curse that had no less important protagonist than a king of Leon and Castile. You can learn all about this history and the palace itself at the Interpretation Centre for the Province of Cáceres, located next to the inner patio and garden of the palace that also contains a centuries-old fig tree.

The curse of the Carvajal Palace 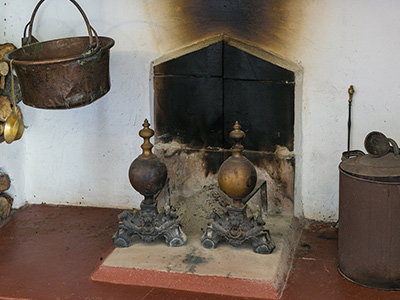 The curse of Carvajal Palace contains all of the injustice and superstition a good medieval curse should. The story begins with two brothers of the noble Carvajal family, Juan and Pedro Alfonso. During the reign of King Ferdinand IV of Castile and Leon, there were rumours of the king and his favourites weeding out those nobles who stood opposed to the king’s plans and then either disgracing them or simply murdering them.

When one of the king’s favourites, Juan Alfonso de Benavides, was discovered by the Carvajal brothers to be building a case against them, a fight ensued which resulted in Benavides’s death. The brothers claimed they had done so in self-defence and pleaded their innocence right up until the moment of their death, which was especially gruesome due to King Ferdinand’s outrage at the death of one of his favourites. The king ordered that the brothers be thrown from the top of the tower in the Carvajal palace, into an iron cage filled with spikes on the inside.

Just before they fell to their deaths, the brothers declared their innocence once again and cursed Ferdinand to submit himself to the judgement of god within thirty days. Of course, the 30-day period was not over before the king of Castile and Leon fell down dead. Since then, the Carvajal family crest has had a mournful black diagonal band across its family crest, which was golden before the death of these two brothers.

The palace from outside

The Carvajal Palace’s imposing but finely cut granite stones do not look out of place in the Plaza de Santa María, even though they are flanked by such illustrious buildings as Cáceres Cathedral and the Mayoralgo Palace.

Its façade is an example of a Renaissance show of strength, with stolid blocks of stone making up a semi-circular arch. One of the corners of the building shows the gothic period of this building, with a pointed arch that opens onto a balcony built in the Middle Ages, the style of which was popular in Trujillo and Cáceres at the time. On the outer wall you can also see the sober Carvajal family crest, with a helmet denoting their noble lineage and a lion, a symbol of their power.

Aside from its façade, its porticoed patio and its works of art, one of the most interesting parts of the palace is its 12th century Moorish tower. Circular in design, it now houses a chapel at its base with Mannerist frescoes by Juan Bautista Pachi. Notably different from the rest of the palace’s masonry, the tower contains small windows from which projectiles were once fired at attacking troops. Today, the top of the tower is probably its most valued part due to the views of the city it gives its visitors.

The Carvajal Palace has been declared a side of Cultural Interest and is included in the famous UNESCO World Heritage Tour of Cáceres. 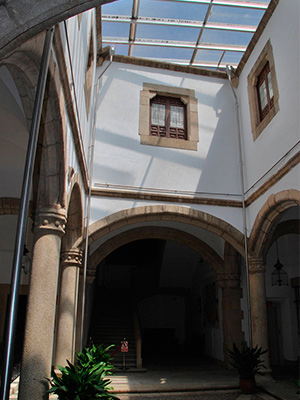 As if the legends and the outside of the palace were not enough, its inner corners are laden with treasures that would delight a king even today. Here are some of them: 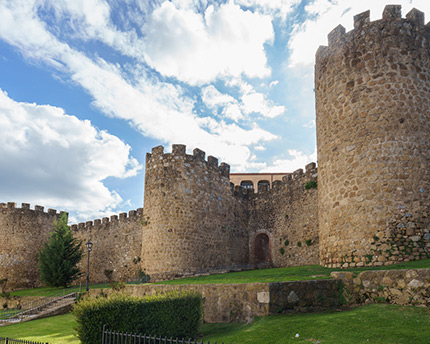 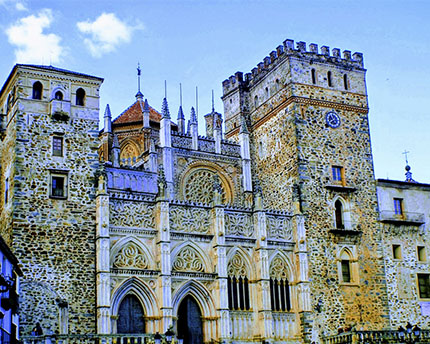 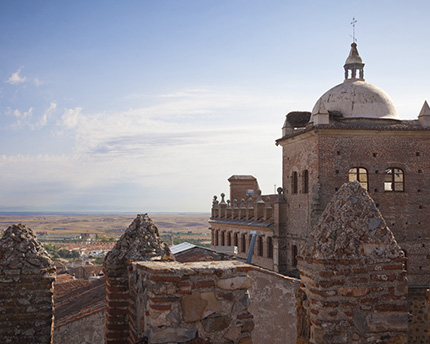