Things to see in Sanlúcar de Barrameda, lying alongside the Doñana National Park 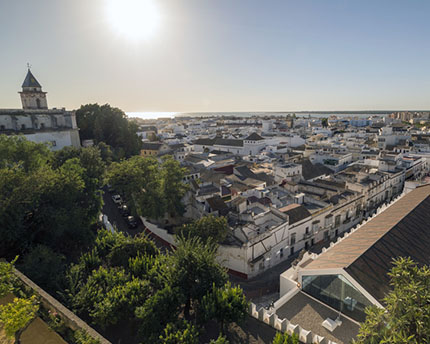 One of the most spectacular things to see in Sanlúcar de Barrameda is, unquestionably, the Guadalquivir river. This city marks the spot where the Guadalquivir river spills into the Atlantic Ocean. Its mouth is framed by the profile of the various plants that cover much of the river area of the Doñana National Park.

The navigable nature of the Guadalquivir river explains why this city managed to acquire such enormous wealth in previous centuries. In short, it is because Sanlúcar was the first city in continental Europe through which the ships coming from America sailed, heading to the port of Seville.

This trade route is the reason as to why there are currently so many things to see in Sanlúcar de Barrameda, such as its beautiful palaces and churches that are adorned with various architectural and sculptural decorations.

Its pedestrianised city centre is also brimming with typical Andalusian houses. Its sea and river beaches are also highly recommended.

The valuable goods that arrived from America—and which were transported along the Guadalquivir river— are responsible for the prosperity of the city which lasted practically until the nineteenth century.

Some of the beautiful monuments to see in Sanlúcar de Barrameda include:

While the current structure only dates back to the late fifteenth century, this plot previously held a fortress which was owned by the noblemen of the Medina-Sidonia family, who were descendants of Guzmán the Good. In terms of surface area, this is the largest castle in the entire province of Cádiz.

It is believed that the first bricks of this church were laid in the fourteenth century. It has a floor plan of a basilica with three naves. Outside, it boasts an impressive Mudéjar-style portico depicting tales of the past through its detailed stone carving.

This was the summer residence of the Dukes of Montpensier, who also owned the Palacio de San Telmo and its former gardens, the Parque de María Luisa, in Seville. Dating back to the mid-nineteenth century, this palace was built in a striking neo-Mudéjar style. It is currently used as the Sanlúcar de Barrameda City Hall.

Built in a Renaissance style, this palace dates back to the sixteenth century, when it was the residence of this important family of noblemen. Nowadays, part of the building is occupied by the Medina Sidonia Foundation, with the other part comprising a hotel and restaurant. Tourists are also able to visit its peaceful gardens.

Manzanilla is one of the pillars of the sherry wine scene. Barbadillo is the largest producer of this type of wine. A visit to their bodega always proves to be an enjoyable and educational experience.

A day on the beach in Sanlúcar de Barrameda

Some of the most interesting places to visit in Sanlúcar de Barrameda are its beaches. Between the river and sea beaches, this city boasts several kilometres of sandy coastline. The main beaches are:

Here are some of the best tapas bars and restaurants in Sanlúcar de Barrameda:

Other things to do in Sanlúcar de Barrameda

Besides sampling the magnificent langoustines and other typical dishes in one of the city’s many excellent restaurants, there is much more to see and do in Sanlúcar de Barrameda. Below you will find a few examples: 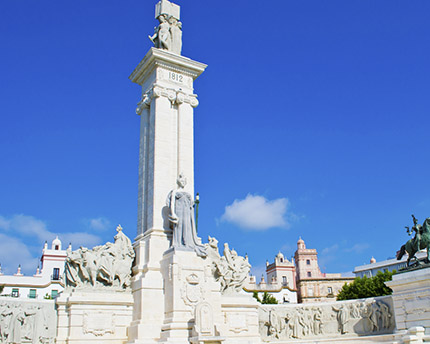 Cádiz’s Plaza de España: a tribute to the past