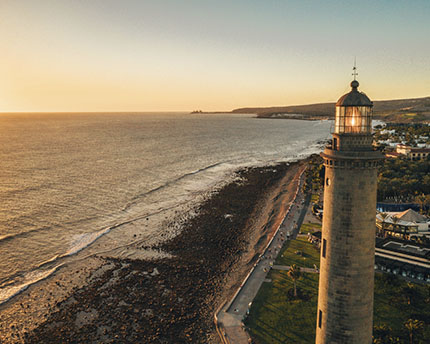 Maspalomas Lighthouse guards the southernmost coastline of Gran Canaria. It’s now a symbol of the island and has been a Monument of Cultural Interest since 2005.

The lighthouse is part of the local skyline and landscape and it’s almost impossible not to see its characteristic outline from any part of the southern coast. With the Maspalomas Dunes (link: Maspalomas Dunes) as its backdrop, the lighthouse has witnessed the transformation of this coastline into one of the main tourist destinations in all of Europe. Once, there was nothing but dunes and tomato plantations.

The coastline around Maspalomas is inextricably linked to its lighthouse.

Maspalomas Lighthouse has a long history. The first proposal to build a lighthouse in the area was in 1861 as part of a larger project that included the Puerto de la Luz in Las Palmas. The lighthouse was considered essential to navigating the archipelago, facilitating maritime progress on the island and supporting routes between Europe and America.

The lighthouse was the work of the engineer Juan León y Castillo and was inaugurated on 1 February 1890. It’s almost 55 metres tall and 6.2 metres across and was built in grey ashlar. The lantern itself measures 3.7 metres across and has a reach of 19 nautical miles (35 kilometres).

The lighthouse has an annex building – built to look like a traditional Canarian house – that provided work space and accommodation for its operators. The lighthouse is now automated and the annex no longer serves its original purpose. However, it is now a cultural space and museum.

The best way to learn more about the lighthouse is to visit the museum dedicated to the León y Castillo brothers. You’ll find it in Telde, on Gran Canaria’s eastern coast. Both Juan, who built the lighthouse, and Fernando, himself a marquis, diplomat and minister, left behind a great local legacy. Both were heavily involved in the Puerto de La Luz project in Las Palmas – a great feat of engineering for them both – as well as the lighthouse and other public buildings on the island.

The museum houses a magnificent collection of personal objects, more than 12,000 original and highly valuable documents from the Restoration (including letters to the monarchs of the time and international treaties) as well as maps of the port of Las Palmas and historical photographs of Gran Canaria and the society of the era. 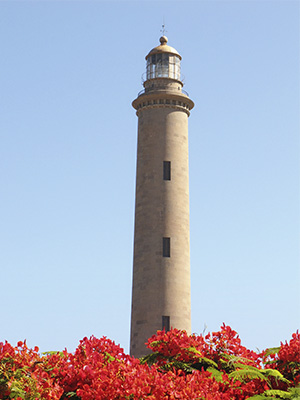 Maspalomas Lighthouse is in the extreme south and most touristy part of Gran Canaria: Maspalomas, in the municipality of San Bartolomé de Tirajana. To get to the lighthouse, head for the Meloneras area and from there towards the coast. The lighthouse separates Playa del Faro from Maspalomas Dunes.

Inside the lighthouse. The lighthouse is still operational and the annex building is now a cultural and exhibition space open every day from 10.30 a.m. to 5 p.m. It’s essentially an ethnographic museum that looks back at the history of Gran Canaria over the last five centuries, from its indigenous roots to the Spanish conquest through to the present day. The exhibition also focuses on the lighthouse and the surrounding area and includes historical pictures of Maspalomas Dunes at a time when the only thing around were tomato plantations.

The tower itself is closed to visitors.

Around the lighthouse: shops and recreation

The lighthouse is between Playa del Faro and Maspalomas Dunes, right on the Meloneras promenade. It’s a popular place and you’ll see people walking here in all seasons. Gran Canaria’s good climate in the south of the island makes Maspalomas a year-round popular destination. October to February is peak season for Scandinavian, German and British tourists.

The area around the lighthouse has plenty of shops, restaurants and things to do. Playa del Faro and Maspalomas Dunes are just a short walk from this busy shopping area which is particularly lively in the evenings. There are eateries and bars catering for all tastes and clientele – it’s the perfect place to round off your visit to Maspalomas. Both Paseo de Meloneras and Calle Mar Mediterráneo have several options.

It’s impossible to visit Maspalomas without seeing its lighthouse. There was a time when the only people who lived here were countryfolk, when the landscape was nothing but crops and white sand. Now, surrounded by large modern hotels, the lighthouse stands alone as the area’s only historical monument. Don’t forget to check out our Gran Canaria Guide for more suggestions of places to visit on the island. 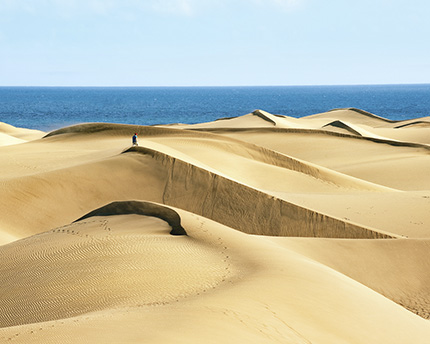 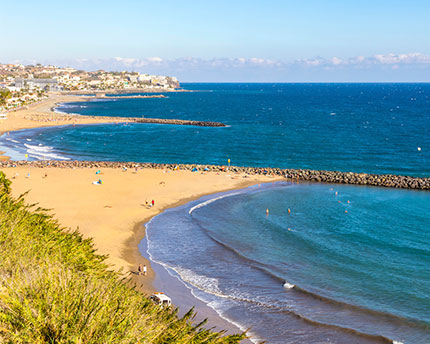 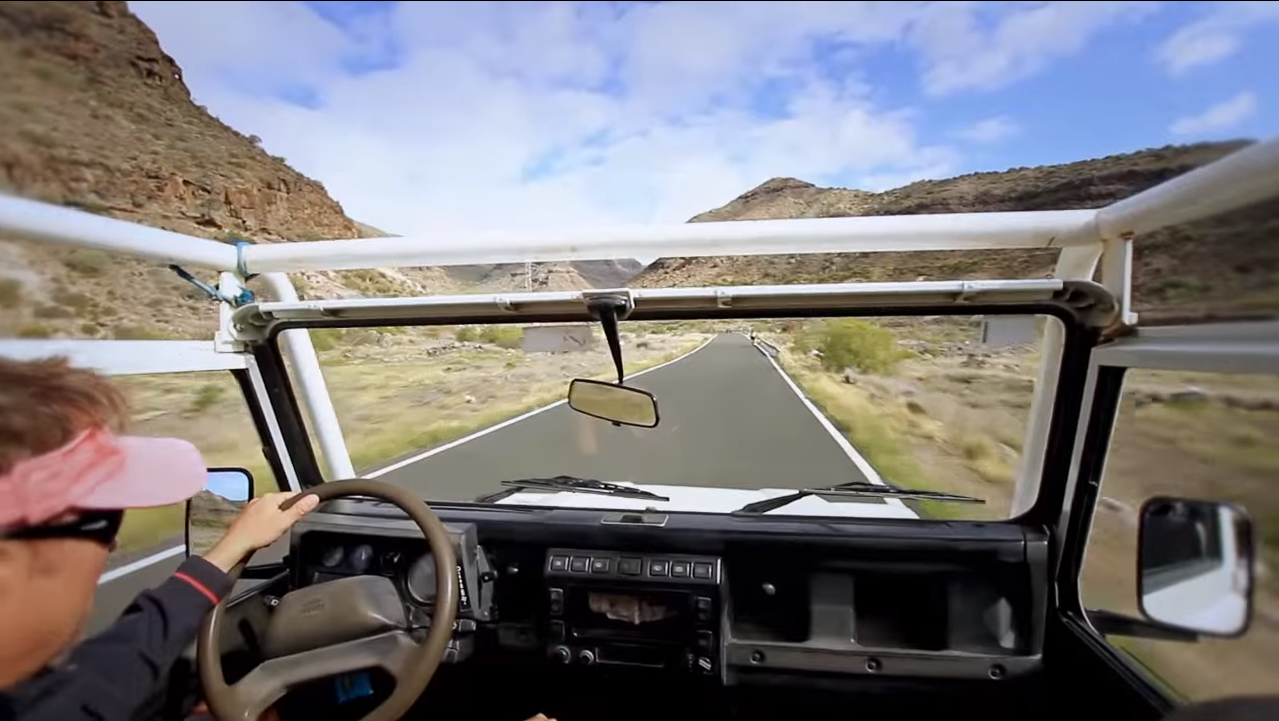 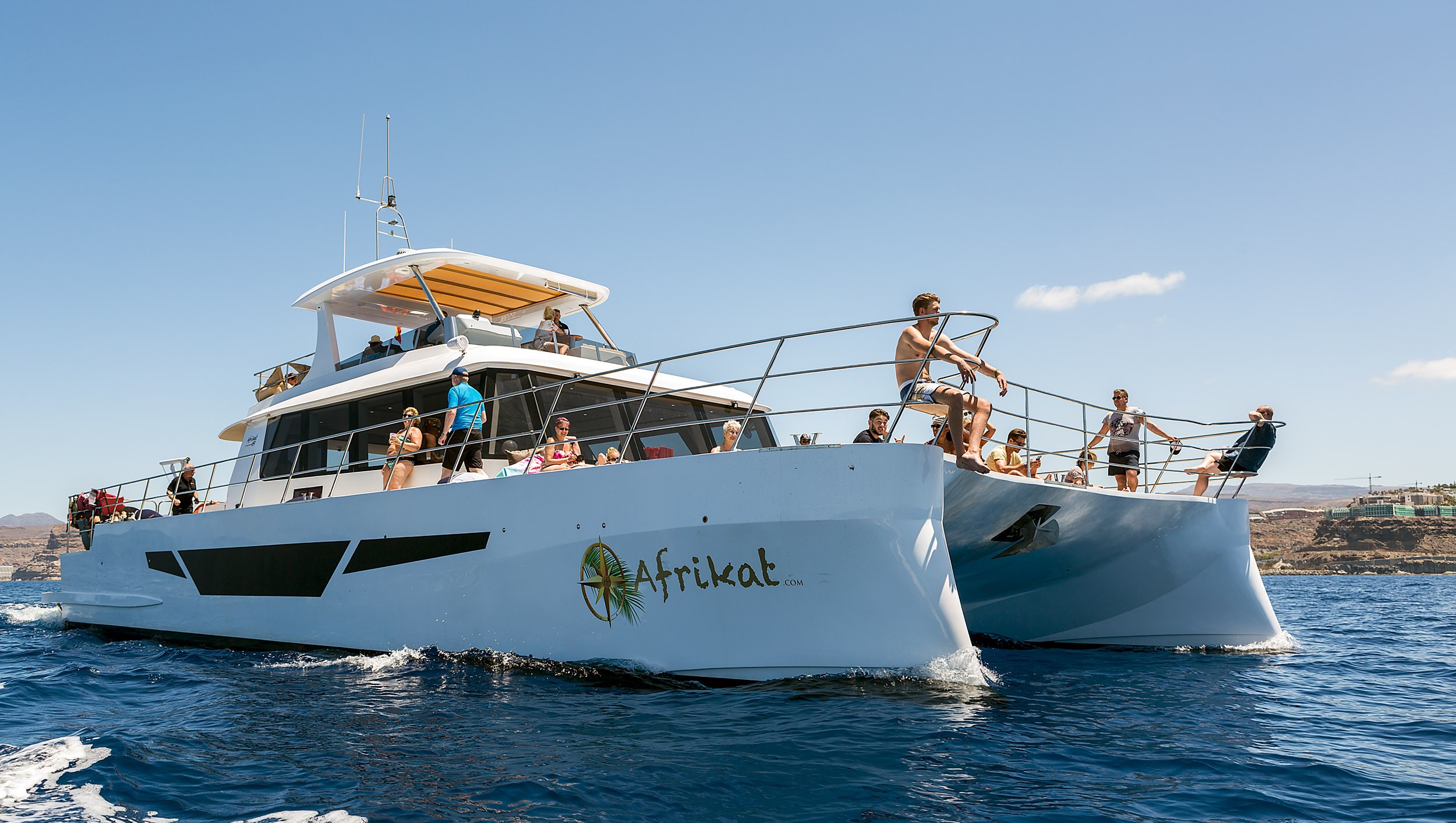