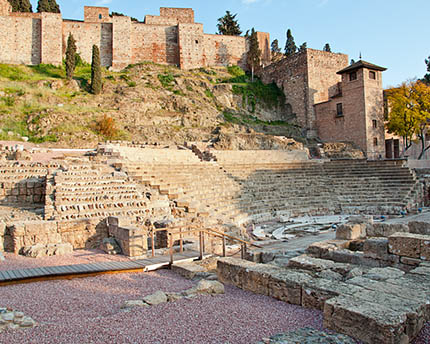 Málaga’s Roman Theatre is the chief vestige of Málaga’s Roman past. Studies have confirmed that it consists of the archaeological remains of the theatre of ancient Malaca.

Situated in the historic centre of the city, flanked by the cathedral Catedral de la Encarnación, Plaza de la Aduana and, just a few metres away, the Picasso Museum, the theatre is easy to get to as it lies at the foot of the Alcazaba, another of the metropolis’ many gems: a military construction that dates back to the eleventh century.

A large part of the original seating, or the cavea, the orchestra and the scaena still stand, although considerable restoration work was necessary in several areas. The theatre is open to the public and, with a little bit of imagination, you can envisage what theatre performances were like in Roman times.

How was the Roman Theatre discovered?

Málaga’s Roman Theatre is one of the living symbols of Roman Hispania. For centuries it lay hidden, its existence unknown to all, until 1954 when the first remains of an ancient wall appeared during work to restore the Casa de la Cultura [Málaga’s Cultural Centre], situated right on top of the theatre.

It wasn’t until a few years later when the City Hall finally decided to demolish the Casa de la Cultura de Málaga suspecting that more archaeological remains could appear. It was hoped that by excavating the site they could verify if more remains lay underground. All doubts were finally dispelled when the excavation work revealed an ancient buried theatre in excellent condition.

The composite construction dates from the early period of the Roman Empire, coinciding with the reign of Augustus. The building is of a medium size and is formed of:

Managed by the Regional Government of Andalusia, Málaga’s Roman Theatre was declared an Asset of Cultural Interest in the Artistic Monument category. It’s easy to be swept away by the space’s sense of tragedy, drama and comedy, which were the main genres performed on its stage.

Next to the Roman Theatre stands another very interesting building, the Centro de Interpretación del Teatro Romano [Visitors’ Centre], which consists of a large, modern cube made of steel, wood and glass, whose architecture contrasts wonderfully with the classic nature of the neighbouring Roman Theatre. Inside you can take a virtual tour of the excavation work that took place, as well as learning about life and customs during Roman times.

Eating close to the Roman Theatre

Visiting the Roman Theatre followed by the Visitors’ Centre is a perfect plan anytime of the year. However, if you really want to round off your day, we recommended visiting in the morning and then heading to one of the nearby restaurants to enjoy Málaga’s delicious local cuisine.

Just 100 metres away is Garum, which offers diners a varied menu based on Mediterranean fare: ensaladilla rusa (diced vegetable salad) and mini veal hamburgers are its speciality. It also boasts a lovely terrace perfect for relaxing.

If you fancy some small plates, Bodeguita El Gallo is for you, as it offers a great variety of tapas and vegetarian or gluten-free options. Two of its specialities are the meat-based Sacromonte omelette and salmorejo (a cold soup made from tomatoes and bread). It also has live music on certain days.

If you’re after an afternoon snack, be sure to head to Café Berlín and savour a delicious coffee accompanied by a tasty homemade cake. Located just 200 metres away from the theatre, it is a calm oasis away from the hubbub of the city. 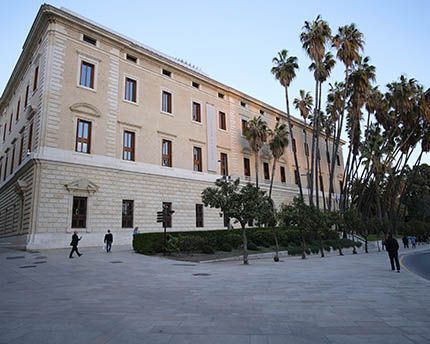 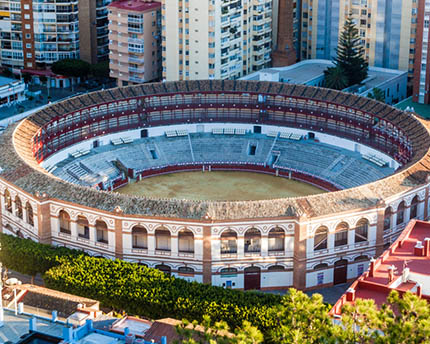