Minorca’s lighthouses command great interest from tourists recently arrived on the island, sometimes even before they have actually landed there. This is because those who are lucky enough to catch a view of the island’s geography from the window of their aircraft—in other words, a bird’s-eye view—are unlikely to forget how tongues of land project out into the Mediterranean and how, at the ends of those, where the sea swell batters the cliffs, stand these majestic structures whose task it is to cast an intermittent light and to guard the safety of shipping.

Their location in secluded points along the wildest parts of the coast, the Mediterranean Sea’s hues of deep blues and turquoise, the mystery and romance that always surrounds this type of building… it all combines to generate an atmosphere of enchantment around Minorca’s lighthouses. If you’d like to know what we’re talking about, take note. In this article, we tell you all you need to know before you set off for the finest lighthouses of this pretty Balearic island.

We’ll begin our tour of the island’s 7 lighthouses with the oldest of them. Located in the northernmost part of Minorca on the Cape of Cavalleria, this lighthouse stands 94 metres above sea level on a beautiful cliff top. This explains why the height of the structure itself—15 metres—is one of the lowest of Minorca’s lighthouses, because the terrain gives it the height required for a watchtower—essential if shipping is to be able to identify it from a distance of 22 nautical miles. Therefore, the attraction of the Cavalleria lighthouse does not so much lie in the spectacular nature of the building itself, but rather in the beauty of its setting, a rocky peninsula jutting out into the sea—perfect for watching unforgettable sunsets.

Opened in 1857, this particular lighthouse was built to put an end to the long list of shipwrecks that had occurred to the north of the island, which totalled, according to local records, over 700 since the sixteenth century. The Cavalleria lighthouse was the last on the island to stop running on oil—the traditional fuel for lighthouses—as it did not have an electricity supply until the 1980s.

The lighthouse is located 14 kilometres from Es Mercadal and Fornells—in other words, a 30-minute drive away. If you decide to visit the lighthouse to watch the sunset, make sure that you allow enough time for the journey; the local roads are not exactly motorways and during the summer months, there can be significant hold-ups. In any case, we can assure you that any inconveniences experienced en route will soon be forgotten as you watch the sun disappearing into the waters of the Mediterranean.

The Favàritx and the Punta Nati lighthouses

Unfortunately, the construction of the Cavalleria lighthouse did not put an end to shipwrecks off the north coast of Minorca. So the authorities decided to build two more:

Although so far we have concentrated on what most would consider the island’s particularly attractive lighthouses, Minorca does have four others:

As you see, you can find a lighthouse at each of the furthest points of Minorca. So you have no excuse to leave without having visited at least one of them! 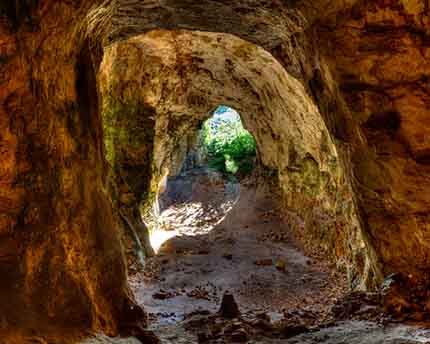 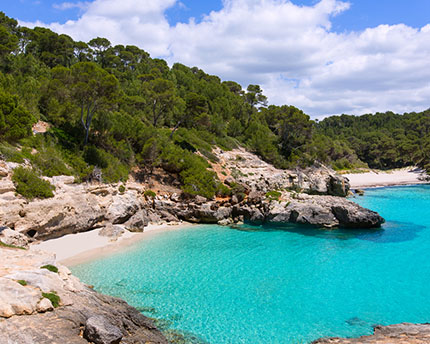