In 1238, just after Valencia had been recaptured for the Christians by King Jaume I, the city’s cathedral occupied the site of the former mosque, which had been reclaimed for Christian worship. The mosque had occupied the site of the Visigoth cathedral which had, in turn, been constructed over a Roman temple whose columns still stand in the Centro Arqueológico de la Almoina, attached to the Cathedral. So, work began in 1262 to build a new Cathedral in the Gothic style. Construction of the edifice would take until the fifteenth century, and subsequent centuries would see the addition of Renaissance, Baroque and Neo-Classical elements that combine to make an architectural jewel of the cathedral. From the beginning, the Cathedral was dedicated to the Asunción de Santa María, according to the wishes of Jaume I, who had carried a wooden image of the Virgin throughout the entire military campaign against the Moslem kingdom of Valencia. History meets art in the Cathedral of Valencia, a sanctuary for treasures such as the High Altar’s Renaissance frescoes (rediscovered in 2004 after remaining hidden for centuries behind a dome), and what many believe is the Holy Chalice from which Jesus Christ drank during the Last Supper.

The Holy Grail in Valencia?

The stunningly beautiful Capilla del Santo Cáliz [Chapel of the Holy Chalice] is the cradle of one of Valencia Cathedral’s most fascinating legends. Beneath an elegant Gothic dome, an alabaster altarpiece frames what is (for a number of scholars) the most sought-after object in the history of the Western world: the Holy Grail. A polished agate goblet, in a dark red colour and dated at around the first century AD, rests on a stem with handles embellished with gold and precious stones that could have been added during the Middle Ages.

Legend tells of the relic’s tortuous journey after it was conveyed to Rome by St Peter after the death of the Virgin Mary. There it remained until the third century, when Pope Sixtus II, in the face of Roman repression of Christians, handed the object to his deacon Saint Laurence so that he could hide it in his birthplace of Huesca. The eighth-century Moorish invasion, however, forced the Christians to flee northwards, taking the sacred object with them—first to the Pyrenees, and then to the monastery of San Juan de la Peña, near Jaca. According to several historians, the monks presented the relic to King Martín el Humano in 1399, and it was held in the possession of the Kingdom of Aragon until, in 1437, King Alfonso el Magnánimo passed it on to the Cathedral of Valencia for safekeeping.

Although many prominent historians support the hypothesis that the medieval legends of the Holy Grail are based on Valencia Cathedral’s Holy Chalice, the Vatican has never pronounced on the authenticity of the story.

The Renaissance frescoes of the High Altar: a treasure hidden for over 300 years

One of the Cathedral’s greatest treasures was hidden from the eyes of worshippers and visitors alike between 1647 and 2004, when pure chance led to the discovery, behind the Baroque dome of the High Altar, of a series of beautiful fresco paintings of immense value—one of the best examples of the first Spanish Renaissance. The frescoes, depicting twelve angels playing musical instruments of the age against a starry sky, were commissioned in 1476 by Cardinal Rodrigo de Borgia (who later became Pope Alexander VI) to be painted by the Italian artists Paolo da San Leocadio and Francesco Pagano. Two centuries later, during a Baroque refurbishment undertaken by the architect Juan Pérez Castiel, the paintings were covered over with an ostentatious Rococo-style dome. Now, once again, everyone can admire these artistic treasures, which are very much in keeping with the High Altar’s Renaissance style. In fact, this altarpiece is simply a huge cupboard that held an opulent silver altarpiece which would be melted down in 1812, in order to mint currency during the war against Napoleon. Nevertheless, the cupboard itself is an object of great beauty, embellished as it is with paintings of scenes from the lives of Christ and the Virgin; these are the work of two Spanish artists, Fernando Yáñez de la Almedina and Hernando de los Llanos, both of whom worked alongside Leonardo Da Vinci. 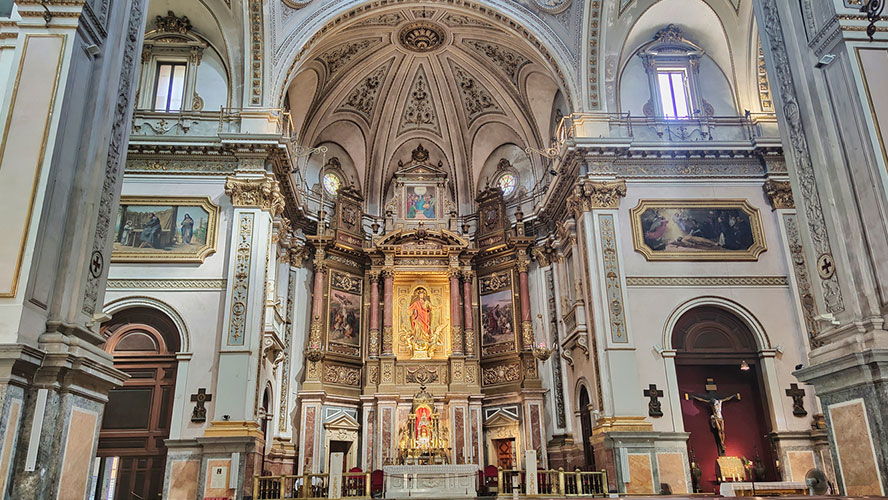 Other sights not to be missed in the Cathedral

Our tour of the Cathedral should not neglect its characteristic features. On the outside, the three main entrances are a good illustration of the range of superimposed styles, from the Romanesque Puerta de l’Almoina (the Cathedral’s oldest entrance) to the Gothic Puerta de los Apóstoles (fourteenth century) and the eighteenth-century Baroque Puerta de los Hierros, which is now the main entrance. From the outside, visitors can enter the Capilla de Sant Jordi, attached to the apse at the spot where Jaume I celebrated the first mass following the Christian reconquest of the city on 9 October 1238, at what was then the Great Mosque. The chapel is dominated by the painting, Sant Jordi en la batalla del Puig [Saint George at the Battle of the Puig, which took place in 1237].

Finally, visitors should go up the Cathedral’s bell tower, the famous Micalet or Miguelete, an example of Valencian Baroque which is also one of the city’s most beloved emblems. Having climbed 207 steps, we reach a terrace that offers the finest panoramic views over Valencia. 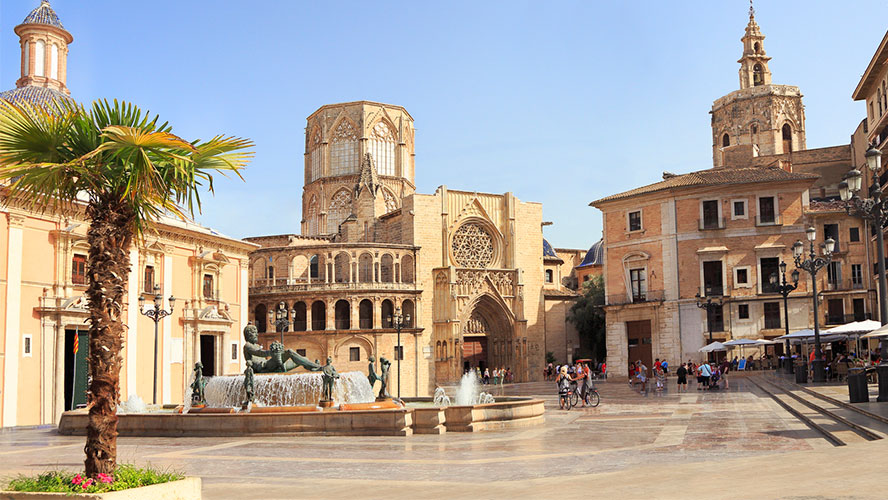 Of the Cathedral’s many chapels, perhaps the most famous is the Capilla de la Resurrección, in which is displayed the incorrupt arm of St Vincent, a Spanish priest who was martyred by the Romans in Valencia in 303 AD, and who is Valencia’s Patron Saint. The Cathedral contains several sculptures of, and allusions to, another Vincent, San Vicente Ferrer, a Dominican priest from Valencia. He is recorded as having travelled through much of Europe on a donkey, preaching and performing miracles, and is now the Patron Saint of the Valencia Autonomous Region.

The Diocesan Museum of the Cathedral of Valencia

We can round off our tour of this place of worship with a visit to the Diocesan Museum of the Cathedral of Valencia, which is located in an annexe to the Cathedral. In addition to an underground tour of Roman Valencia, the centre has on display over 300 items of sacred art. Outstanding pieces are old paintings such as Los siete dolores de la Virgen María [The Seven Sorrows of the Virgin Mary] by Paolo de San Leocadio; La duda de Santo Tomás [The Doubt of St Thomas] by Marçal de Sax; and Improperios [Invectives] by the anonymous Maestro de Alcira.

There are also restored architectural treasures such as the Cathedral’s early Romanesque bell tower and the room that housed, during the fifteenth century, the Borgias’ Library. The first sight that greets us as we enter the museum is the Corpus Christi Processional Monstrance, which is taken out onto the streets every year, and which is considered to be the largest monstrance in the world. 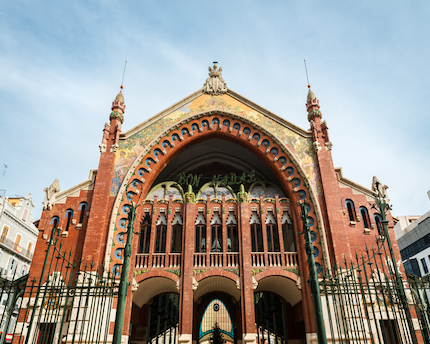