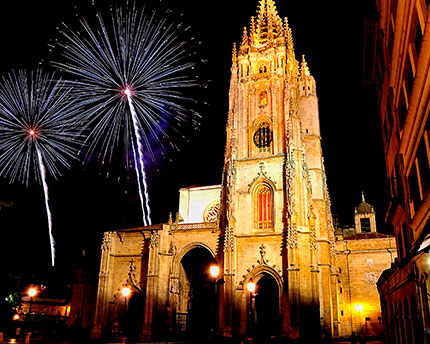 The Festival of San Mateo is the main festivity in the capital of the Principality of Asturias. It is held in mid-September and the celebrations last for ten days. A wide range of activities are held in squares, parks and theatres and they draw large numbers of visitors to the area. The exhaustive programme of events includes concerts, parades, fireworks and long-standing traditions such as enjoying a tasty bun stuffed with chorizo (bollo preñao).

The festivity dates back to the 15th century when Pope Eugene IV declared the Jubilee of the Holy Cross. Pilgrims who visited the cathedral to worship the Cross of the Angels and to give alms received forgiveness for their sins. The last opportunity to obtain this indulgence was 21 September, a day set aside to honour the patron saint San Mateo (Saint Matthew) and nowadays the most important day of festivities. The festival is no longer a religious one; it is an opportunity to have some fun and bring the holiday season to a close with a bang.

If you really want to make the most of the festivities, it is worth going to the beautiful city of Oviedo on 21 September. The Sudarium of Oviedo, a sacred cloth, is displayed during the High Mass that is held in honour of the patron saint of San Mateo. The relic is believed to have been wrapped around Christ’s face. It is rarely on public display and is stored in the Holy chamber in Oviedo Cathedral.

Once outside, you get a real sense of the hustle and bustle. You really have to keep up the tradition and follow the locals’ lead on Día del Bollo (‘Bun Day’). The old and young meet in the city’s parks to eat a tasty bun stuffed with chorizo (bollo preñao), a tradition that simply is a must in any self-respecting Asturian celebration.

On the main day of festivities, between ten in the morning and the end of mass, paxarines are sold in the atrium of the Cathedral of the Holy Saviour in Oviedo. Paxarines are bread figurines that are coloured using saffron and brushed with egg. They come shaped like little baskets, nests with eggs, people and animals. They date back over 300 years and legend has it that they were inspired by some tiny figurines that were discovered next to the image of the patron saint. They have traditionally been used as lucky charms and people put them in their windows to protect them from storms and other dangers. The practice involves replacing existing ones with new ones for the coming year in the hope that this will bring good luck. 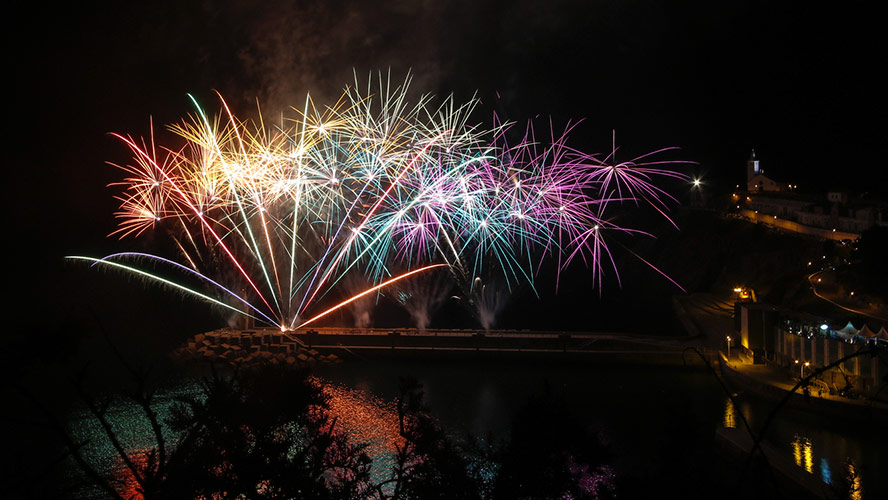 San Mateo concerts: something to suit all tastes

A wide range of concerts is a typical feature of the San Mateo Festival in Oviedo. Over one hundred concerts are held over the course of just a few intense days. There are all types of concerts with something to suit all tastes and ages. They start the week before the main day of festivities, following the official inauguration speech and fireworks. Music spills out of the city’s main theatres, squares and boulevards. Well-known national and international pop and rock singers, as well as all kinds of folk groups, captivate the audiences.

The Oviedo Rock Competition is a platform for launching new Asturian groups onto the music scene and it is well worth a visit. It has been going for over twenty years and it was re-named Alejandro Blanco Espina in 2016 in memory of the bass player of ‘Ilegales’, an Asturian band that was a huge hit in the ‘80s. There are many more concerts and festivities that you can go to in Asturias.

The Festival of San Mateo. Culture and children’s activities

The entire city joins in the fun and immerses itself in culture for the San Mateo festivities. Plays and cinema festivals are some of the other opportunities for entertainment that you will find spread right across the city. Some of the top places to enjoy scheduled activities include the cathedral and town hall squares, Paseo del Bombé, Corrada del Obispo and Plaza de la Escandalera, amongst others. You will also come across typical dance parties and, of course, the festival bars where dedicated festival-goers meet up to have a drink and a bite to eat.

You will find most of the entertainment and activities for children in San Francisco park, the city’s main green space. The park gets taken over by concerts, film projections, and magic and puppet shows. Children love to join in the fun and games, and they can even hop on the kiddies’ train and take a ride around the park. 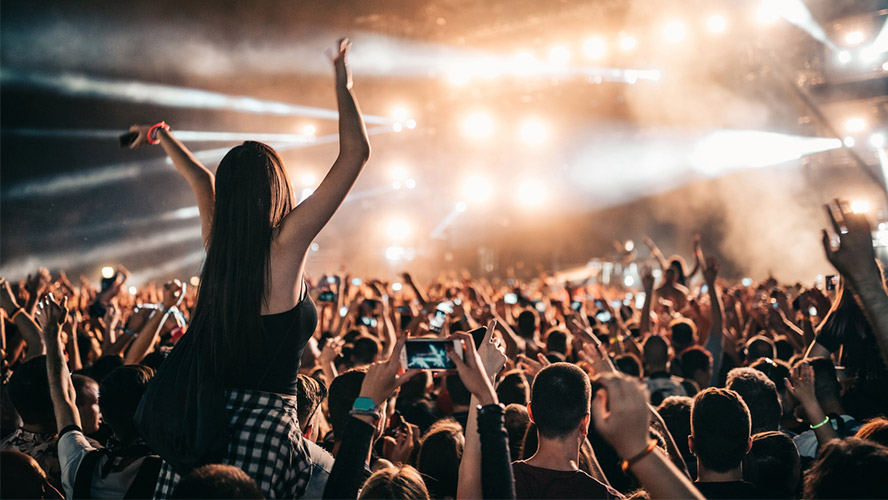 The Day of America parade: a star attraction of the San Mateo Festival

Asturias still holds a very special place in its heart for the emigrants who left for America in search of fortune. Returning ex-pats were the original inspiration for the Day of America parade which is held every 19 September. This popular folk and float parade was devised by Alfonso Iglesias, an Asturian painter, and was held for the first time in 1950. For the first few editions, the large American cars (known as haigas) that the emigrants brought back home to Asturias each summer held centre stage. These luxurious vehicles were a symbol of prosperity and they were adorned with flowers and flags.

The parade has evolved over time and nowadays it includes participants from Europe and other guest countries. Oviedo supports the people who leave but it also extends a warm welcome to anyone coming into the area in search of new opportunities. Allegorical floats, bands, and local and international folk groups parade through the streets of Oviedo, turning the event into a fun and colourful meeting point for cosmopolitan cultures. 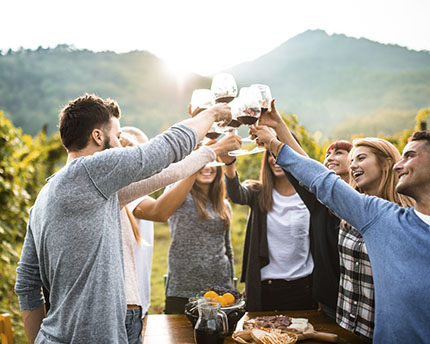 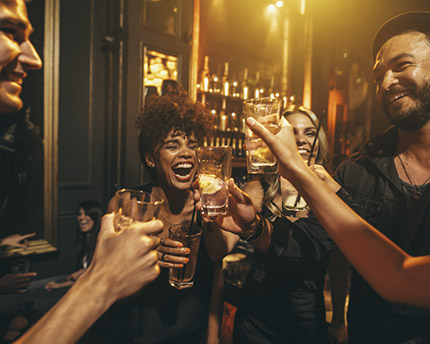