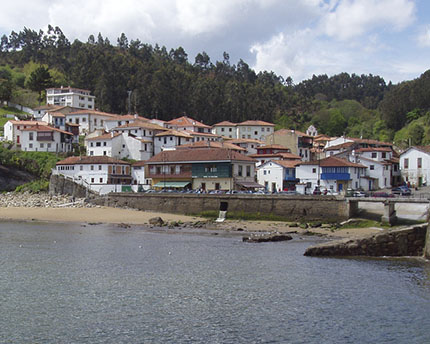 It may come as a surprise to learn that the tiny village of Tazones holds a very important place in the history of Spain. In 1517, Charles V, the eldest grandson of the Catholic Monarchs, born and residing in Flanders, was called to the Spanish court to be crowned King of Spain upon his grandfather’s death and the inability of his mother, Joanna the Mad, to rule..

Travelling by land posed far too many threats to the heir-apparent, especially in view of the existing enmity with the King of France, Francis I. So, it was decided that the best means of travel would be by sea. Hit by a squall, the royal ship was thrown off course and, as luck would have it, it landed in the small harbour of Tazones. A 17-year old Charles, the future Holy Roman Emperor, laid eyes on Spain for the first time when he landed in the Tazones, earning the diminutive village a place in history.

Every year, the village organises the San Roquín Festivities on 17 August to commemorate the historical landing. Revellers wear traditional 16th-century costumes and parade around the village as they re-enact the event.

What to see in Tazones

Tazones may not be able to compete with other Asturian coastal towns, such as Gijón, in size or in the number of tourist attractions, but it can compete for its boundless charm and authenticity. Overlooking the Cantabrian Sea, the centuries-old former whaling village has retained a relaxed beauty, reminiscent of a time past when it would harbour the whaling ships.

It is a long time since Tazones relied on the economy of whaling, with the practice being replaced by fishing and tourism as alternative means of income. In fact, the old quarters of San Roque and San Miguel were declared sites of historic and artistic interest by the Principality of Asturias, further substantiating the village’s touristic value. Visitors will not be disappointed with the charming landmarks the village has to offer:

The lighthouse is one of the most distinctive architectural landmarks in the area. Located in village of Villar, the lighthouse sits on Punta del Olivo, also locally known as Punta de las Ariceras, and rises 127 metres above the sea, offering a spectacular view of the town wharf. You can reach the lighthouse by foot, climbing the steep trail that leads up from the beach; or by car, in a 3-km drive. This 11-m high, octagonal lighthouse is made out of sandstone.

Built in 1864, the lighthouse only started to run on electricity in 1928 and is without a doubt one of the best preserved on the Asturian coast.

Aside from the lighthouse beacon, one of the most interesting features of the lighthouse is the spiral staircase. Comprising 37 steps, it is made out of iron and painted grey. 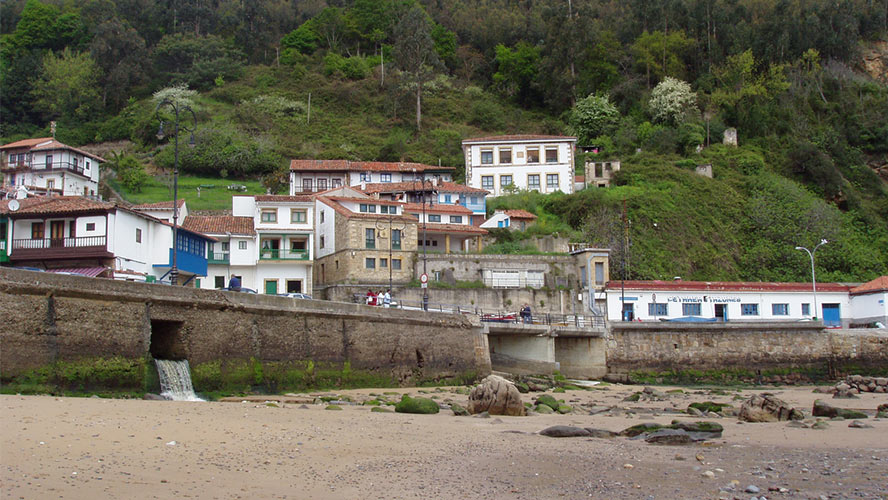 No need to venture very far from the village to find a sandy beach. In fact, there is a 200-meter long beach located just by harbour. It is also believed to be the place where Charles V and his suite disembarked.

During the summer months, you’ll find more than a few beachgoers enjoying the cool sea water. When low tide rolls out, walk out to the far-right edge of the beach and explore the shelf of rock. Several dinosaur footprints belonging to theropods (three-toed dinosaurs) were found here, while quadruped (four-toed) dinosaur tracks were found on the trail leading up to the lighthouse. The discovery of the tracks revealed that the sea was actually much further away than it currently is 150 million years ago; leading to believe Tazones occupies what must have been a fertile river mouth. 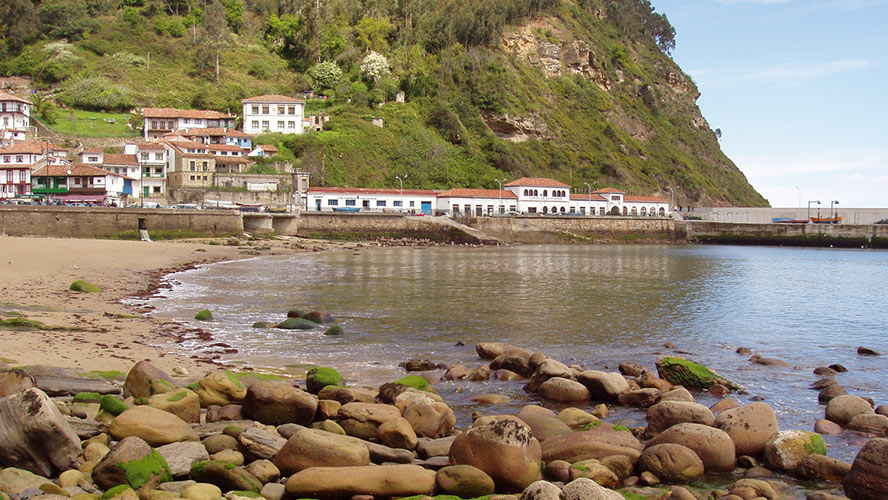 Where to eat in Tazones

Travellers will marvel at the freshly caught fish and seafood served in the village. Here are some of our favourite places: