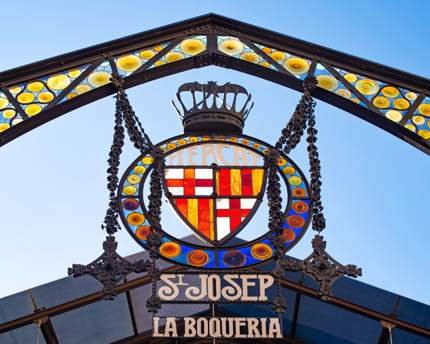 There’s no other market quite like La Boqueria in Barcelona. And, in the Catalan capital, there are lots of places where you can get your hands on fresh produce. But nowhere else can match this curious mix between local and cosmopolitan. Because this authentic temple of gastronomy, which occupies nearly 2,600 square metres of floor space and is home to over 300 stalls combines the best ingredients and flavours from the most remote corners of the planet.

It’s such a unique combination that the customers here are both locals, who come to do their daily shop, groups of national and international tourists, and even some of the city’s great chefs. The latter come to get their hands on the best products for their kitchens, and to get a bit of inspiration for new recipes and ingredients.

But you don’t just come to the La Boqueria Market to buy quality produce. You can also sample these very same products in some of its ten gourmet bars, whose tables and stools are some of the busiest, most sought after spots in the whole of Barcelona.

The origins of La Boqueria

The Mercat de la Boqueria and Les Rambles have a totally symbiotic relationship. One couldn’t exist without the other, and vice versa. That’s because this is the space that has been used for commercial trade in Barcelona since the thirteenth century. In fact, local vendors and producers had already installed their stalls here long before, in what was known as the Pla de la Boqueria.

This itinerant market moved around over the centuries until it came to occupy the space that was once taken up by the Convent de Sant Josep, destroyed by a fire in 1835.

At the beginning of the twentieth century, a stable structure was created in place of the stalls with awnings that had been there up until then. In 1913, the characteristic Modernist-style arch was put in place, work of Antoni de Falguera and now the symbol of the market, and in 1914 the metal canopy was installed. 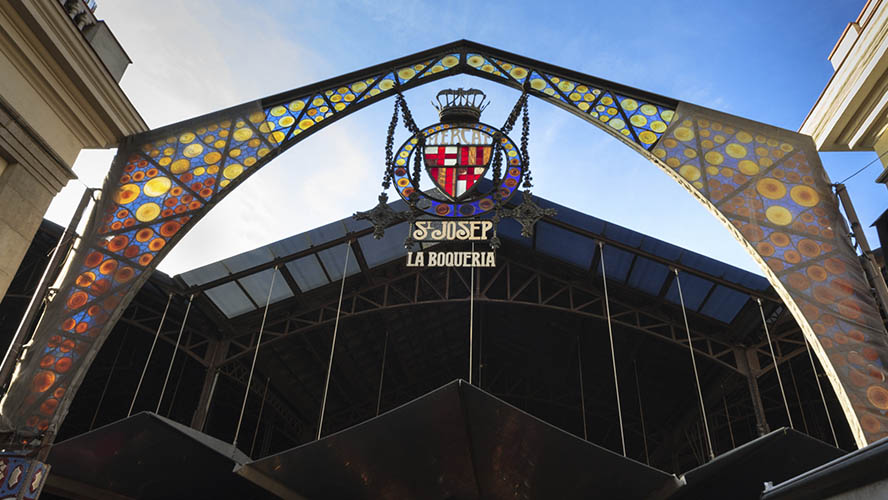 Later, in 1985, La Boqueria was moved by a few metres to create open space in the entrance area. Between 1998 and 2001 the space for the stalls was remodelled to the design of the architects Lluís Clotet and Ignacio Paricio.

From then on, the market has been a compulsory stop-off for visitors to the city, who can’t argue with the quality of the produce sold at the stalls. They also come to enjoy the convivial atmosphere and have chats with the friendly people serving at the stalls. Not to mention the culinary creativity that you can enjoy when propping up one of the many high tables clustered around the market’s bars.

These days, eating at La Boqueria, unlike what it would have been like in the past at the majority of markets, isn’t just about making use of whatever ingredients you have to hand. It’s a true culinary ritual. There’s often even a show kitchen to enjoy. 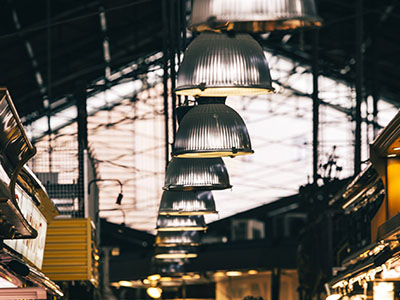 To try it for yourself, some of the best bars are:

How the stalls are laid out

The centre of the La Boqueria Market is taken up by the fresh fish and seafood stalls laid out in an oval shape. Here you can find some of the best Mediterranean species, from the famous red prawns of Palamós and lobsters to espardeñas (sea cucumbers), turbot, octopus, and even hake. 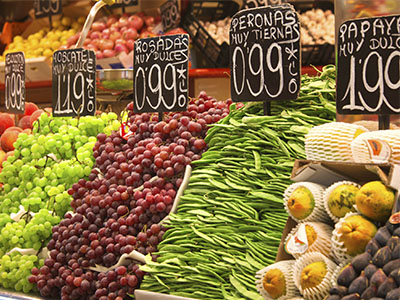 But the fruit and vegetables are also a very important element of this market. This why they fill most of the stalls located just next to the entrance of the market from La Rambla. Here you can find everything from typical vegetable products (vegetables, fruits and pulses), the basis of traditional Catalan cuisine (vincular a URL correspondiente) to exotic fruits that have arrived from distant lands: rambutans, papayas, guavas, mangos, litchis, tamarinds, dragon fruits, naranjillas…

Alongside them, although fewer in number, you’ll find typical stalls selling meat (such as Soler Calella) and cured meats. Stalls selling gourmet products or delicacies like mushrooms are also an important element of the market. On that note, you shouldn’t miss a visit to Bolets Petràs, the owners of which, Llorenç and his son Xavi, have helped many great chefs to understand and experiment with the possibilities offered by mushroom and fungi-based cuisine.

It’s also worth getting lost in the world of pickled products offered at Olives Francesc. Try their special mixes made with cava vinegar. 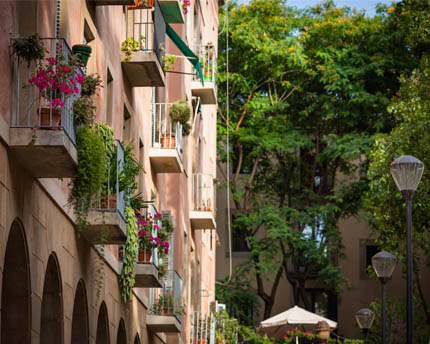 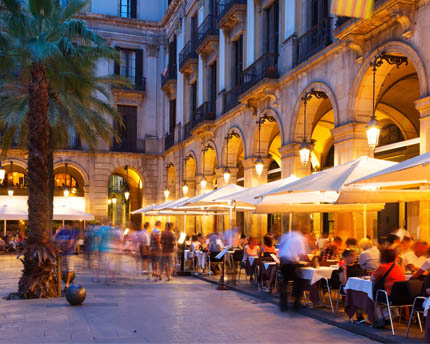 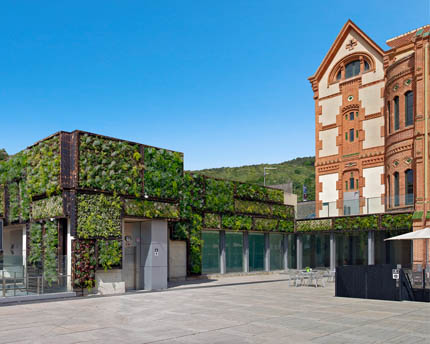