Basque cuisine is one of the most famous in the world and many of the finest chefs come from the region. The food of Bilbao in particular has a lot of personality and local produce of a high quality. Basque restaurants are some of the most renowned and its gastronomy always stands out: its seafood and the unusual ways in which it is prepared never fail to win people over.

Pintxos are the most well-known part of Basque food and seeing Bilbao’s characteristic food in miniature is really a sight for sore eyes. Cod, hake, elvers, tuna, baby cuttlefish and much more. The key to a good dish is the ingredients and Bilbao has the very best. If you’re going on a short break to the capital of Biscay, be sure to make a note of everything you need to order to get a taste for the city’s most authentic food.

A traditional stew made from bonito, potatoes and vegetables that is perfect for enjoying in the colder months. There’s nothing better to warm you up than a good marmitako. Its secret? Cooking it slowly over a low heat so that it is extra tasty. Once it’s ready we recommend eating it immediately. As it is a traditional Basque dish, the best place to sample it is in the city’s Casco Viejo (Old Town) alongside a good local white wine. 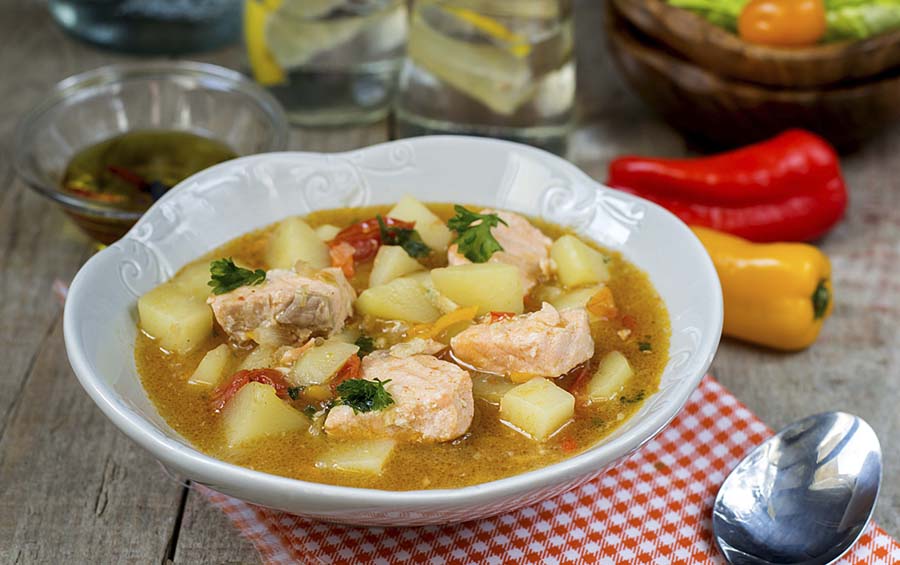 Cod live in the waters off the Bay of Biscay, which is why it is one of the fundamental ingredients of the region’s food. Many local dishes revolve around cod, but one of the most popular is bacalao a la vizcaína (Biscay-style cod). The dish traditionally used to only consist of a sauce made of pimiento choricero (a type of red pepper), but over time it has evolved to include tomato, which softens the pepper’s intense flavour.

Baby cuttlefish in their own ink

The most highly prized baby cuttlefish are those that are fished by hand using bait. This method, although more difficult, results in a tastier catch. Baby cuttlefish play a big part of Basque cuisine and are traditionally served in their own ink with rice. The fresher the catch, the more flavourful the dish, which is why restaurants along the Basque coastline are always in high demand.

Kokotxas is the name for the lower part of hake throat. They are used in a vast number of dishes in the Basque Country and can be served in many ways, the most typical being in a salsa verde or al pil pil (with garlic and chilli) if using cod throat. Although this part of the fish used to be discarded, it has now become a culinary delicacy.

The most popular and perfect accompaniment in Basque cuisine, piperrada is a sauce made from different vegetables that is eaten with both meat and fish dishes. Adding an egg on top makes it in to a perfect starter, which is how it is served in many restaurants in the region. 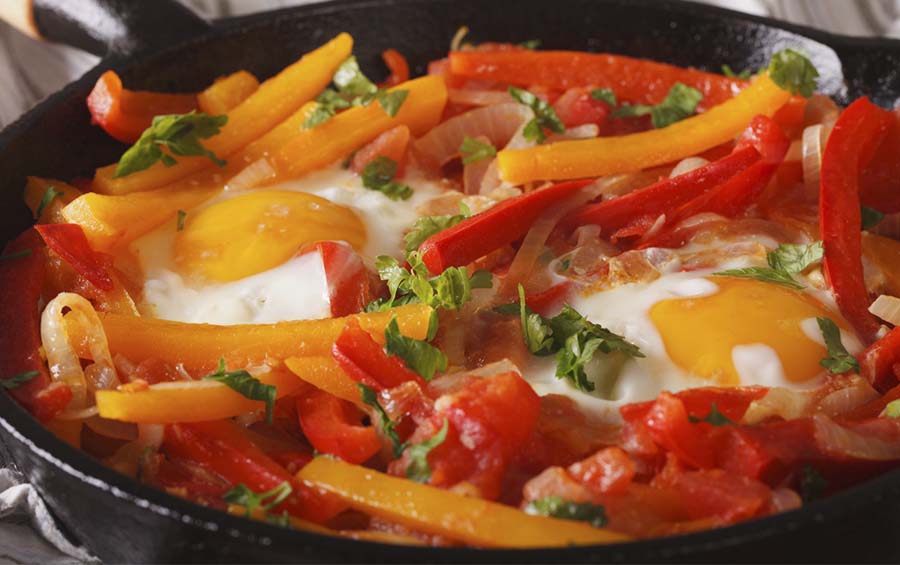 Nearly every region in Spain has its own local cheese and the Basque Country is no different. Idiazábal cheese, made solely from sheep’s milk, has an intense flavour and is often eaten as an appetiser to accompany a glass of txakoli (a local sparkling white wine). 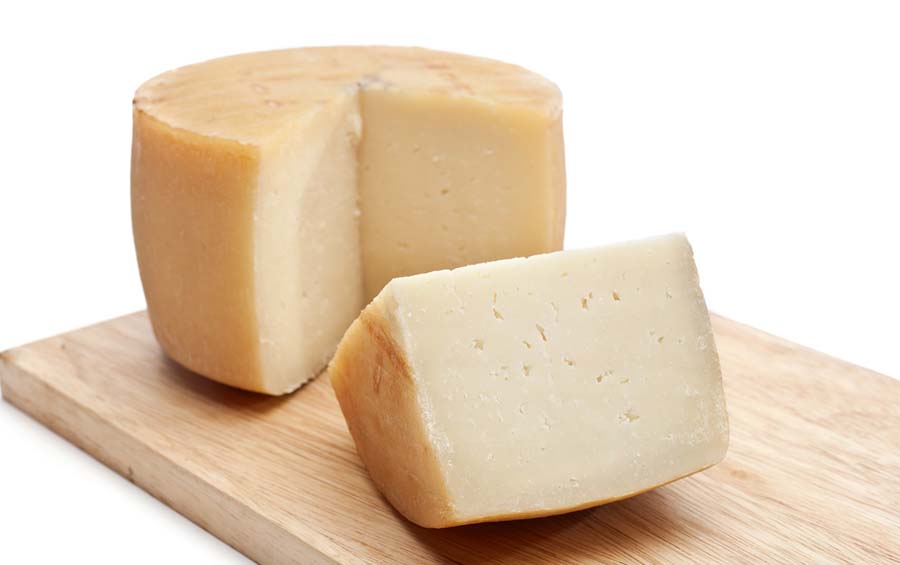 Basque cuisine boasts a number of sweet dishes that are perfect for finishing off a meal. First up is pantxineta, a traditional baked dessert consisting of two sheets of puff-pastry filled with crème pâtissière and sprinkled with almonds.

Another traditional dessert from the area is goxua, a sponge cake soaked in syrup and covered in whipped cream, crème pâtissière and caramelised sugar. All of these desserts are often eaten at breakfast time also. Another dessert, also made with crème pâtissière, is pastel vasco, which consists of a creamy filling wrapped in shortcrust pastry.

However, one of the most typical desserts is intxaursaltsa, which is made from walnuts and milk and has a similar texture to custard but with a completely different flavour.

What to drink in Bilbao

Traditional Basque food is a delight, and like all delights it should be paired with a good drink to round off the experience. In this case, the region boasts several typical drinks that perfectly accompany all of its dishes.

Sagardoa is a cider made from fermented apple juice. It is typically drunk in sagardotegi season, running from January to April, to accompany a traditional selection of dishes best eaten with friends.

Patxaran is one of the Basque Country’s oldest drinks. It is a distilled liquor made from sloe berries that is traditionally drunk after a meal as a digestif. 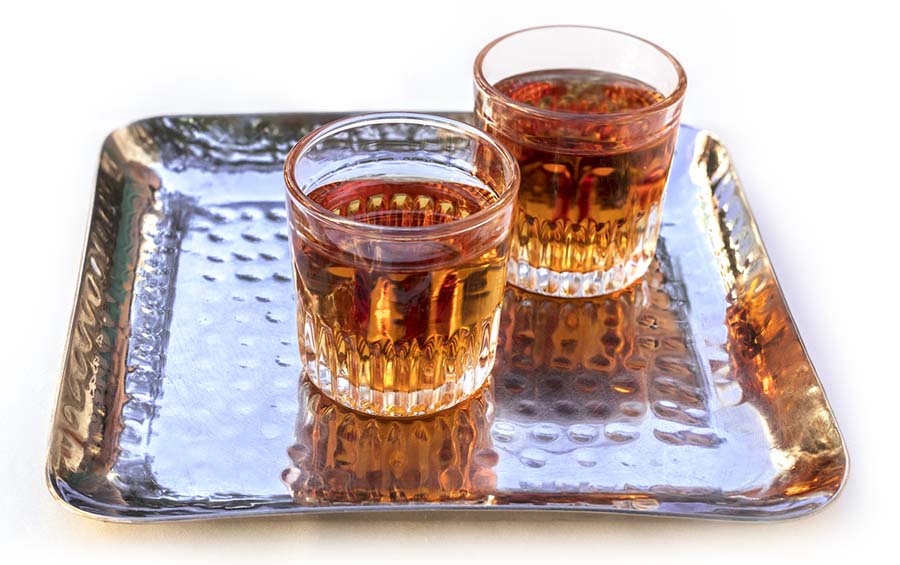 One of the drinks that is enjoying a new lease of life in Bilbao is txakoli. The typical way to drink this white wine is in the city’s bars and tavernas accompanied with pintxos. It has become very popular once again, above all among young people, thanks to its light but acidic flavour.

As the capital of Biscay, Bilbao has become one of the hottest spots for the best food, which is why the region’s traditional dishes should not be missing from your next visit to the city.