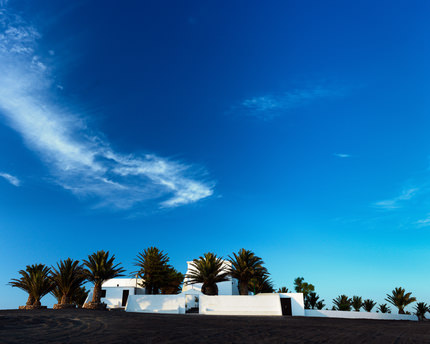 "Ermita de Las Nieves, in the municipality of Teguise,on the island Lanzarote"

Legend has it that in 1427 the virgin appeared to a shepherd, north of the cloudy peaks of the Risco de Famara, located in the north of Lanzarote. This miracle forged the story of the Virgen de las Nieves, in honour to the one who build the small hermitage, in the highest point of the island, nearly 650 meters above sea level. Although pirates burned it the sixteenth century and the temple would remain as a ruin for over a century until being rebuilt. In 1724, the island council named the Virgen de las Nieves patron saint of Lanzarote, as the place had become a point of pilgrimage for farmers in the vicinity—Teguise, Los Valles, Malpaso, Haría…—, who came to ask for rain for their crops. Even today, every 5th August the locals travel to the historical centre of Teguise to celebrate the patron saint.

Protected by white walls and surrounded by palm trees, the chapel that stands today at the top of the Risco de Famara dates back to 1966, when the Lanzarote architect Enrique Spínola González demolished what was left of the old Mudéjar temple and built a new one, which maintains the original cistern at its entrance. Due to its location, the Ermita de las Nieves lookout point can be considered a privileged balcony from which spectacular views of the western coast of Lanzarote can be seen, highlighting the famous Beach of Famara and the nearby Chinijo Archipelago.

The virgin of calamities

For centuries the locals have had great devotion to the Virgen de las Nieves, turning to her at times of looting, starvation and drought. Due to these events, although it was tradition to travel with the virgin to Teguise every four years, it was done almost every year.

Since 1802 the descent of the virgin was celebrated every five years. That year, the locals solemnly took the virgin sitting comfortably on her armchair to the San José chapel, in Teguise, from where the procession through the village started. Several cannons were also fired in honour of the patron saint. The tradition of taking her to Teguise lasted until 1936. Today, they pilgrimage to the hermitage and carry the virgin around the temple, surrounded by floats and folkloric groups.

Whenever fog and the usual strong winds allow it, the Ermita de las Nieves lookout point offers the best panoramic views on the island. From the highest point on the island, the visitor becomes aware of what a unique place it is, being completely surrounded by the ocean. This panoramic view takes your breath away especially at dawn and dusk, when you can see the silhouettes of the volcanoes and the contour of La Graciosa and Montaña Clara… At night, the lookout point is an ideal place for stargazing. 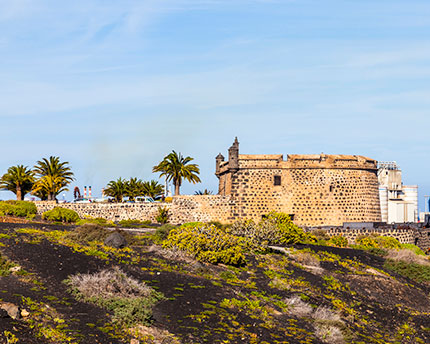 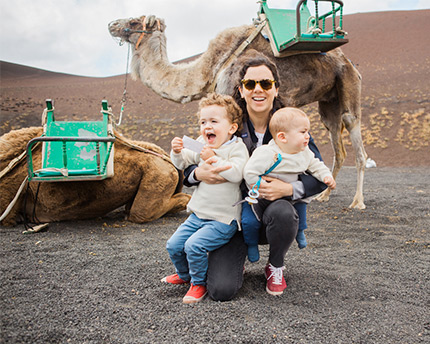 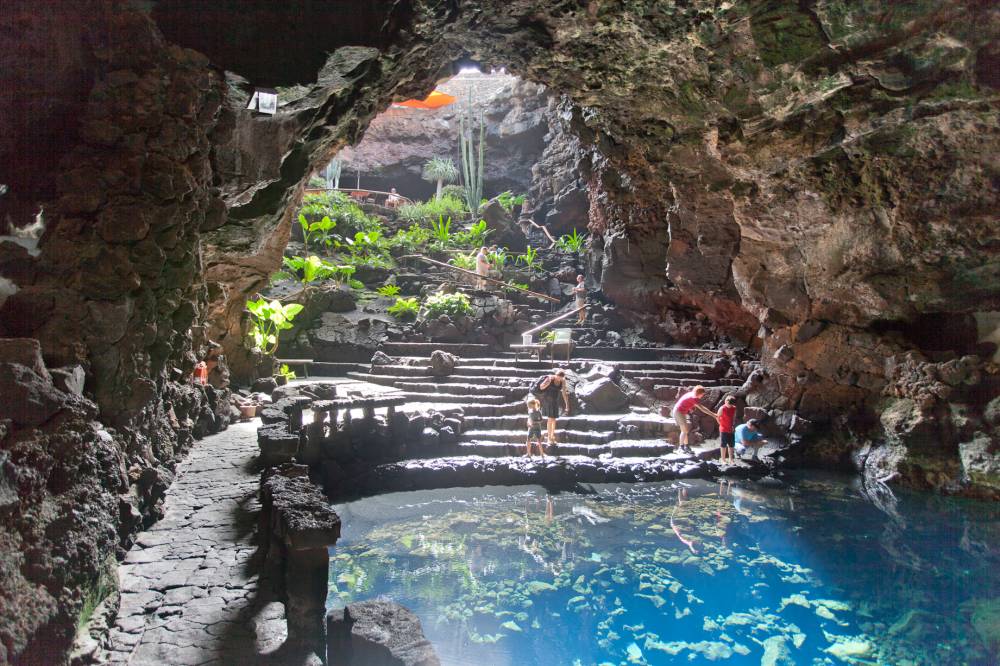