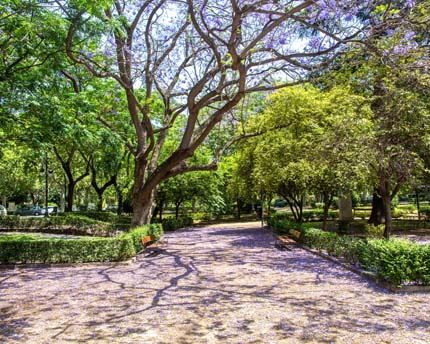 The Vivers Municipals, or Jardins del Real as it’s also known, is the oldest, largest and most popular park in the city. The main entrance to the gardens is at the top of Avinguda de Vicente Blasco Ibáñez and they spread out 200,000 m2 all the way to the old course of the Túria river. The gardens are dotted with palm and orange trees; in fact, there are 2,769 trees and 167 different botanical species, including trees, large shrubs, palm trees and climbing plants. Some of the most exceptional are the Washingtonias filiferas that perfectly line the entrance avenue from the Llano del Real, the Jacaranda mimosifolia and the Podocarpus macrophyllus opposite the Alquería de Canet, a well-conserved farmhouse that is very typical of rural Valencian architecture.

From royal residence to municipal nursery

In Moorish times, Abd al-Aziz, the king of Valencia, created his rural retreat here and in the eleventh century Christian monarchs used it to build their royal residence. It was the setting for huge parties and the splendour of the court. It’s said that at the end of the fourteenth century, King Juan I created a menagerie that included lions, camels, bears, gazelles and other exotic animals. A small zoo remained on the site until the animals were transferred to Bioparc (link interno) in Parc de Capçalera. For their own safety, the people of Valencia destroyed the palace in 1811 when faced with the threat of invasion by the French. Its archaeological remains lie under Carrer del General Elio. The road is named after a Valencian general who, in 1814, ordered his men to use the rubble from the palace to create two small hills that are today known as the Hills of Elio. In 1903 the park was donated to the City Council so that it could be used as a tree nursery.

The gardens have a waterfall, a pond with ducks, swans and geese, a children’s playground and the remains of various monuments from the city. Some are found at one of the nine entrance gates and others are spread across the park, such as the large gateway to the convent of Saint Julia. The house of the head gardener has also been preserved. Among the numerous statues, a particular highlight is the group of the four seasons: Diana, Apollo, Venus and Chronos. These four white marble figures were sculpted by Jacobo Ponzanelli. Look out for the statue of Flora next to the aviary and keep your eyes peeled for the particularly surprising sculpture dedicated to Walt Disney. You’ll love seeing the colourful figure of Donald Duck perched atop a book-shaped block; Donald points children in the direction of the playground. As you stroll through the park you’ll also come across a statue decided to the Lady of Elche in the centre of a small pool.

You can take a lovely walk through the gardens along its different paths, passing playgrounds and bars with terraces along the way. There are also public toilets in the Alquería de Canet building.

A park full of life

Plenty of activities are organised in the gardens, such as outdoor concerts and theatrical productions during the summer and it’s also home to the yearly Book Fair.

Head to the right of the park entrance and get lost in the Neo-classical flower garden maze that was inspired by historical parks that were created for romantic games. A final expansion to the grounds in 1974 incorporated new rose gardens and a cypress avenue around the sculpture of Andreu Alfaro. One of the rose gardens has a large circular fountain that originates from the Plaça de la Reina and approximately six thousand roses of various species grow around it. 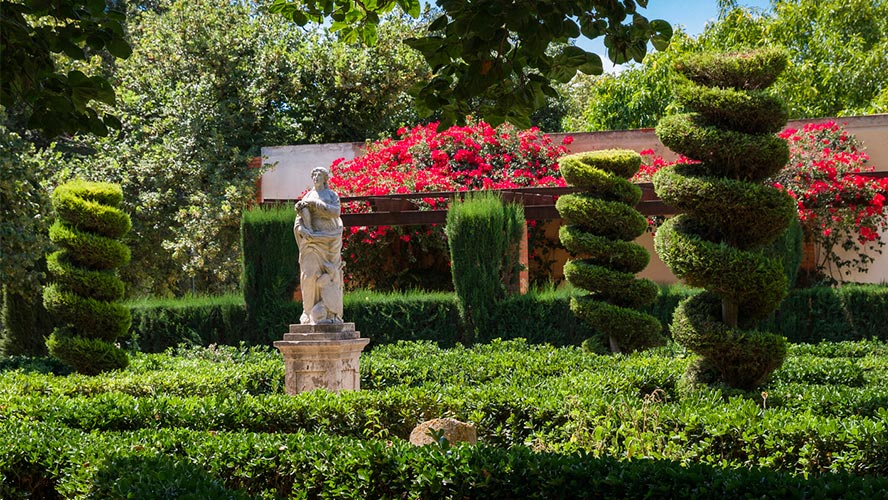 The Museu de Ciències Naturals de València is located inside the Jardins del Real. It’s a highly interactive, educational museum that aims to spread knowledge about and conserve the natural heritage of Valencia. It’s run by Valencia City Council and is housed inside a Rationalist building designed by architect Luis Gay that was initially used as the park restaurant.

Highlights of its collection include the conchology section that displays mollusc shells from the Valencia Autonomous Region and other seas around the world. Another area popular with visitors is the palaeontology collection, which includes American mammals from the Pleistocene era. During your visit to the museum you’ll see the recreation of a nineteenth century scientist’s study and discover optical and electronic microscopes. You’ll also have the chance to take a journey through 4,000 million years of evolution thanks to the fossil collection.

The park has a fantastic playground for smaller visitors where a skating track surrounds a layout of streets to encourage awareness of traffic and roads. This playground is for children from 3 to 14 years of age and helps them learn about traffic signs. It has a mini motorbike circuit for little ones and go-karts for older children. It’s often used by school groups from Valencia. 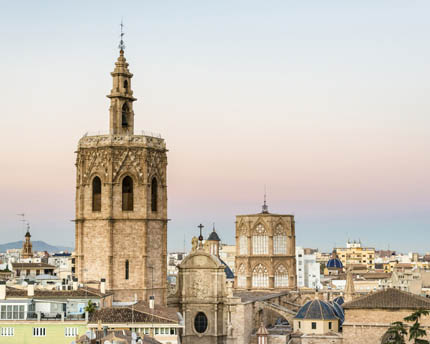 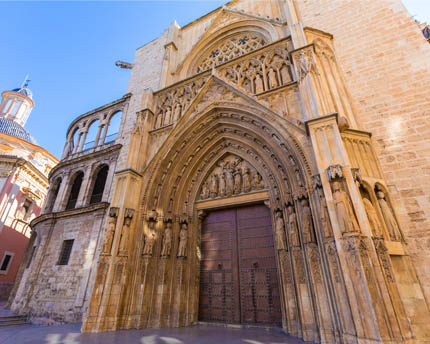