Barcelona What to see and doParc de la Ciutadella, so much more than just a park

Parc de la Ciutadella, so much more than just a park 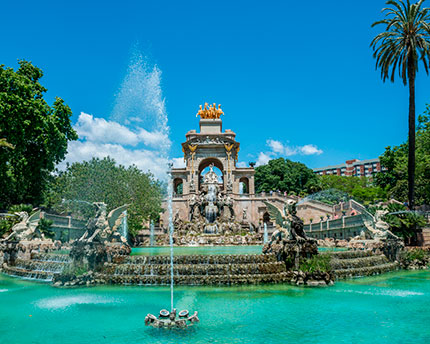 The Parc de la Ciutadella is Barcelona’s principal park. Not in terms of its size, but because from the time it opened (in the mid nineteenth century), it was seen for what it is: a recreation area for Barcelona’s residents and its visitors.

A good proportion of the park, moreover, is occupied by one of Europe’s most important zoos. Apart from its rich wildlife, which includes many species of plants and animals, the Parc de la Ciutadella is also has its share of artistic attractions. Among its pathways and groves, visitors can admire works by outstanding Catalan artists, including Domènech i Muntaner and of course Antoni Gaudí himself.

On the site now occupied by the Park, there was once a military fortress, the Citadel, built during the reign of King Philip V (1715). This structure played a key part in the city’s defence system which also included the Montjuïc Castle.

In 1869, the government official General Prim ordered the demolition of the building and the return of the land to the city. But he did so with the proviso that the area would be used specifically for the creation of a public park. So, in 1872, the master builder Josep Fontseré was appointed to undertake the transformation of the area—albeit not without some controversy, as there were suspicions that the public competition had been rigged.

In any case, the initial plans were subject to a major modification when the city of Barcelona decided to organise the 1888 Universal Expo. Another change came a decade later with the addition of Barcelona Zoo.

In 1932, it was decided to build the Parlament de Catalunya on the site of the former eighteenth-century fortress. During the Franco dictatorship (1939-1977), the building was prevented from performing its parliamentary role, but was able to return to it after democracy was restored to Spain in 1977.

Monuments and works of art in the Parc de la Ciutadella

There is no doubt that, from an institutional point of view, the Parliament is the most important edifice in the Parc de la Ciutadella. However, the park has in addition a good number of interesting monuments and works of art. These are the most important:

One of the Parc de la Ciutadella’s most attractive features is the presence of several centuries-old trees. These include an Acacia from Constantinople, an Australian Pine, an example of a Quercus polymorpha (a species of white pine), and several bald cypress trees. All were planted during the last years of the nineteenth century and the early years of the twentieth century.

The birdlife is also of great interest, as the Parc de la Ciutadella provides a habitat for thousands of birds. In fact, over 100 bird species breed or feed in the park. Among them, a large colony of grey herons.

A space for science

From the first stages of its planning, the Parc de la Ciutadella was conceived as a scientific park. In other words, as a place that could become a showcase for scientific discovery and technological advance during the nineteenth century.

This goes some way towards explaining both its structure and the existence of places such as the Umbraculum, the Greenhouse, an unfinished project of the Botanical Gardens, and the zoo.

Opposite the Umbraculum, a meteorological park was established with a sundial, a thermometer, a barometer and a moisture meter. It was also planned to install replicas of different prehistoric animals in the Park. The only one to be eventually completed was the Mammoth, created by Miquel Dalmau in 1907. This animal has since become the emblem of the Parc de la Ciutadella.

The Monumental Waterfall project used to include an aquarium, as well as a cave with stalactites. Currently, this is closed to the public. 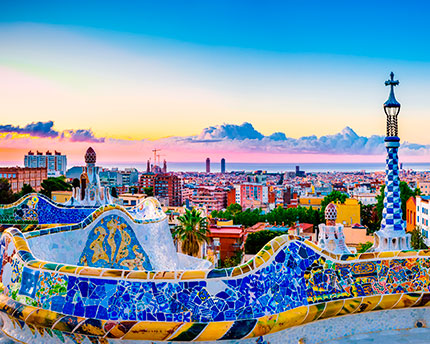 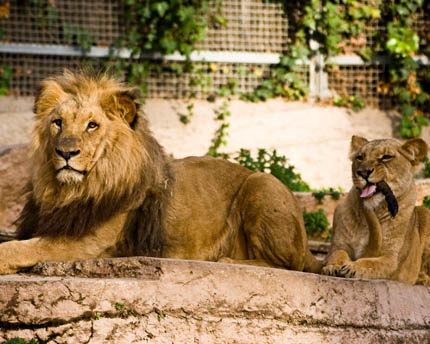 Barcelona Zoo: an animal oasis right in the city centre 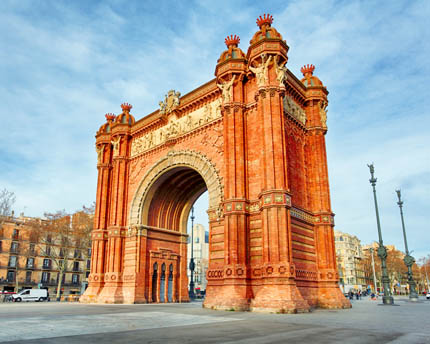 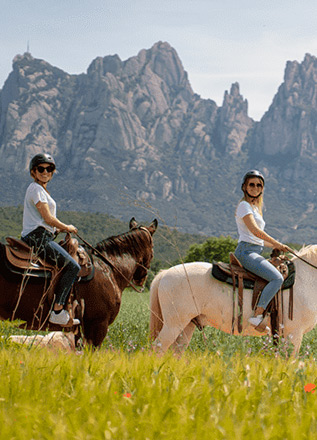 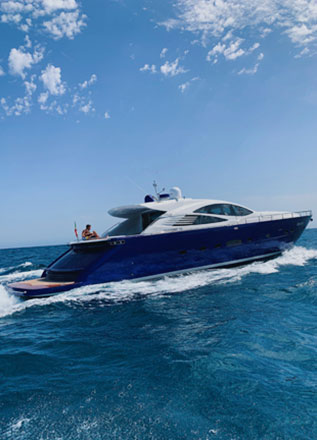