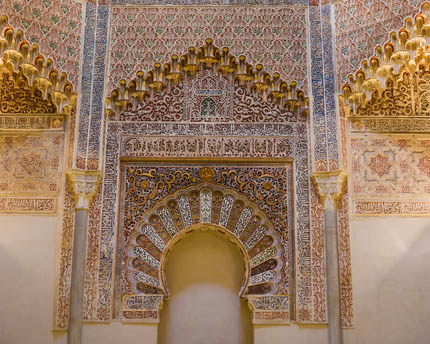 The University of Granada is not the first institution of higher education in city, despite being inaugurated in 1531 by Charles I of Spain and being one of Spain’s oldest universities. In fact, the almighty Nasrid sultan Yusuf I founded the Madrasah in the heart of the city much earlier, specifically in 1349. This was Granada’s first temple of knowledge and mosque school where renowned Arab professors taught medicine, law and mathematics, among other fields, over the course of 150 years. It all came to an end when Granada was conquered in 1492. Following a few years of tolerance, the new confessor of Isabella I, Gonzalo Jiménez de Cisneros, took advantage of Moorish riots in Albaicín to storm the Madrasah in late 1499 and burn the contents of its library in a public bonfire. It is estimated that more than 5,000 books went up in flames in the nearby Plaza de Bib-Rambla under the pretence that they were all Korans. The following year, the Catholic Monarchs rechristened the building as Casa del Cabildo, which housed the city council until the 19th century. After undergoing a number of renovations throughout the years, it is now known as the Madrasah Palace and its original purpose has been reinstated: it is owned by the university and serves as the headquarters of Granada’s Royal Academy of Fine Arts.

On what is today Calle Oficios, near Alcaicería Market and the site of the former Great Mosque, a beautiful marble façade led to the interior of the Madrasah as of 1349. Sultan Yusuf I, a devotee of science and the arts, wanted to transform Granada into a hub of light and knowledge in the dark Middle Ages.  The few pieces of the front of the building that remain can be viewed at the Granada Archaeology Museum, and the entrance, like the rest of the façade, has been modified into a Baroque style. The interior, however, still houses clues as to how Granada’s Arab university used to be, and with our imagination we can picture the rest.

Just like the original Arab Madrasah, the 18th century Baroque palace was also built around a main courtyard. According to ancient writings and recent archaeological efforts, we know that this courtyard led to the upper level, which housed the great library, several classrooms and the residential accommodations for students. There was also an astronomical observatory. Thanks to the Andalusian-Arab poet Ibn Hazm, author of the acclaimed work titled The Ring of the Dove, we are able to know what subjects were studied at madrasahs: ‘They devote the first fruits of their intelligence to mathematics and begin their scientific training with the in-depth study of numeric properties. Afterwards, they gradually begin studying the position of the stars; the apparent shape of the celestial globe; how to verify the path of the sun, moon and the five planets (…); along with other atmospheric phenomena and landforms. This is combined with reading books by the Greeks that explain the laws which govern reflective reasoning’, he wrote in the 11th century.

In the middle of the courtyard, a fountain supplied water to believers for their rituals of ablution before praying in the oratory located at the far end, where it still exists today. In fact, the Oratory in the Madrasah of Granada is the jewel of the building and the only element that has withstood the test of time since the reign of Yusuf I.  A horseshoe arch welcomes us to this room, which still preserves a gorgeous mihrab (a small niche in the wall that indicates the direction of Mecca and hence the direction that Muslims should face when praying) and an impressive wooden octagonal cupola with a skylight in the middle. The exquisite details featuring mocárabe elements, plasterwork and Arabic arches is a gift to the eyes that conveys the decorative complexity and wealth of the Nasrid kingdom’s era of splendour in Granada.

Following the city’s conquest, its new Christian rulers used the second floor of the Madrasah to build the Sala de Caballeros XXIV, where the city councillors would meet and which today houses a valuable 16th century Mudejar suit of armour. Although a number of renovations were carried out, the building did not change radically until the 18th century, when between 1722 and 1729 the existing Baroque façade was built, the courtyard was given its current layout and a beautiful monumental staircase covered by a churrigueresque dome was created. Interestingly, the emblems on the outer façade contain the anagram F Y, the initials of Philip V of Spain (Felipe V de Borbón) and his second wife, Elisabeth Farnese (Ysabel). However, it is no coincidence that the letters also match Fernando and Ysabel (Isabel or Elisabeth), the Catholic Monarchs, since King Philip V of Spain, the first of the Bourbon dynasty, wanted this to symbolise that his family of French origin accepted and continued Spanish royal traditions.

The Madrasah in the 21st century: Back to its roots

Since it was acquired by the state in 1942, the Madrasah has undergone a number of repairs aimed at maintaining this Cultural Heritage Site (1989). Work carried out in 1976 restored the oratory’s appearance to that of its Nasrid era. During the first decade of the 21st century, a painstaking initiative returned some of the original pieces to the Madrasah and placed them under glass floors. The building, which was reopened to the public in 2011, now houses Granada’s Royal Academy of Fine Arts and is also a popular venue for conferences, workshops, book presentations and temporary exhibitions organised by the Centre of Contemporary Culture at the University of Granada. Seven centuries later, the Madrasah has resumed its original role as a temple of knowledge, in line with one of the inscriptions used to decorate the façade: ‘If in your spirit you provide a place for the desire to study and to flee from the shadows of ignorance, you will find in it the beautiful tree of honour’. 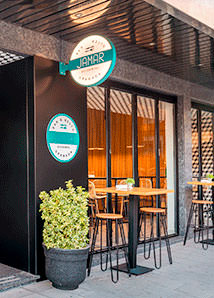 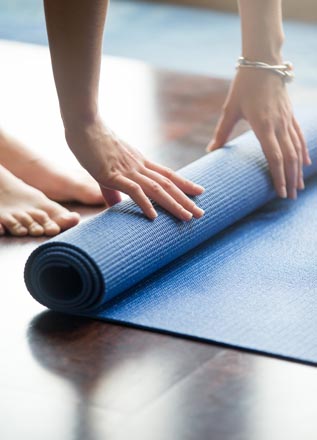 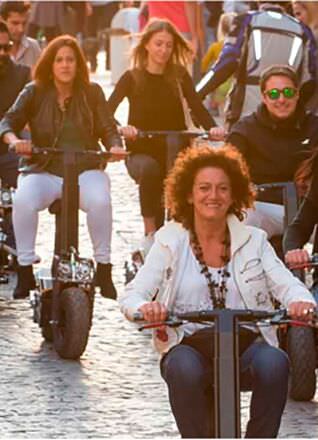 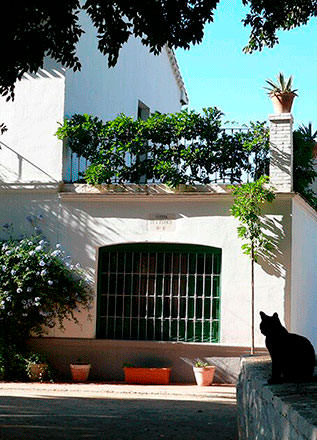