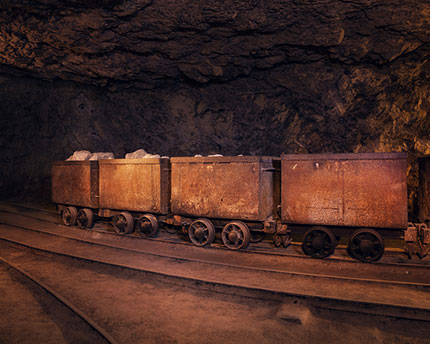 Asturias’ lush green landscape provides the backdrop for pitheads, headframes, rusted factories and wells, industrial warehouses and workers housing. These structures are a testament of Asturias’ industrial heritage, stemming from the heavy coal mining activity that ruled the region between 18th and 20th century. Some of these weathered and fading remains have become industrial tourist attractions and offer a glimpse at the gruelling, yet prosperous period in Asturias.

A mining museum in Asturias

Spearheading the list of industrial attractions is the MUMI (The Mining and Industry Museum of Asturias). The museum pays tribute to the harsh world of mining and how it shaped the social and economic lives of Asturians. Learn about local mining as you wander from room-to-room, exploring the photography exhibits, juxtaposed with vintage and modern mining machinery, mineral displays and different types of mining lamps.  The museum’s true relic, however, is the recreated underground mine where visitors are invited to experience first-hand the world of mining.

Located in El Entrego, a town in the municipality of San Martín del Rey Aurelio, this is not the only industrial museum Asturias has to offer. Within in a 6 km radius, there are other fascinating mining attractions such as The Mining Ecomuseum of Samuño, Pozo de Sotón (a former mine), and the mining town of Sotiello. Though they all offer rich experiences, we’ll just be looking at the MUMI today.

What to see at the MUMI

The MUMI is a sublime salute to Asturian mining, having been built on the grounds that once housed the symbolic San Vicente Mine, the first mine self-managed by a mining trade union at the beginning of the 20th century.

As you walk up to the museum, you are greeted by a towering metal headframe, standing guard over the building entrance. Once inside, you enter a large, two-storey open space, housing numerous informational panels and maps to help you find your way around the museum.

When you step into the Mining Technological Antiques room, you are thrown back in time to the beginnings of mining. Antique machinery and tools line a passageway, narrating mining’s history and evolution. Note the meticulously detailed reproductions and fascinating objects such as the draining machines used in the 15th century and rudimentary vehicles used to transport minerals. 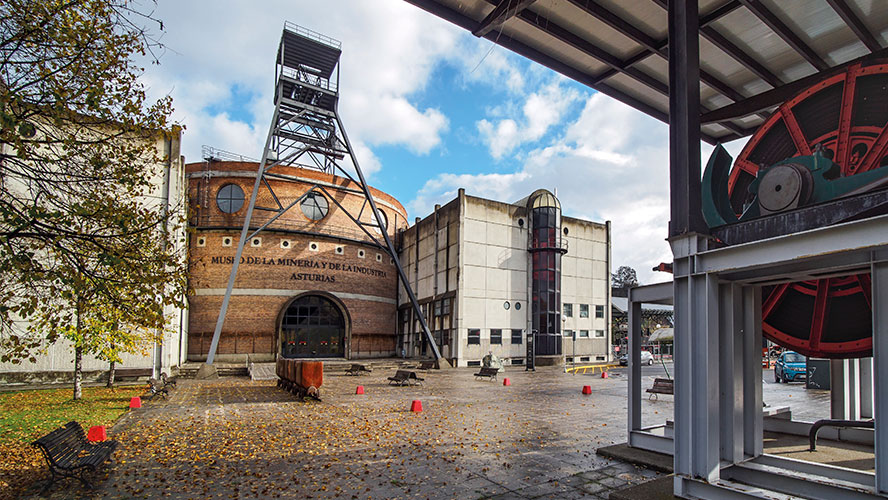 From there, you dive into the mid-19th century as you venture into the Industrial Revolution and Steam Room. Witness the explosion of modern technology with Newcomen and Watt steam machines and other artefacts. The railway also takes centre stage for the key role it played in conquering the rugged mountains and connecting Asturias to the rest of Spain, after centuries of isolation.

Continue your adventure into the mining world in the Lamp Room, with its comprehensive collection of objects used to light the mines throughout history. Then, off to two perfect replicas of site installations: the Bath House, where miners suited up and fraternised, and the Infirmary, which treated miners and their families.

The museum also has the Mining Rescue Team Room, which showcases the equipment used by the rescue team. You also get a real sense of the ubiquitous solidarity that existed among the mining communities. Before wrapping up your tour, head to the Explosives House for a history lesson on the origin and evolution of gunpowder in the chemical industry. 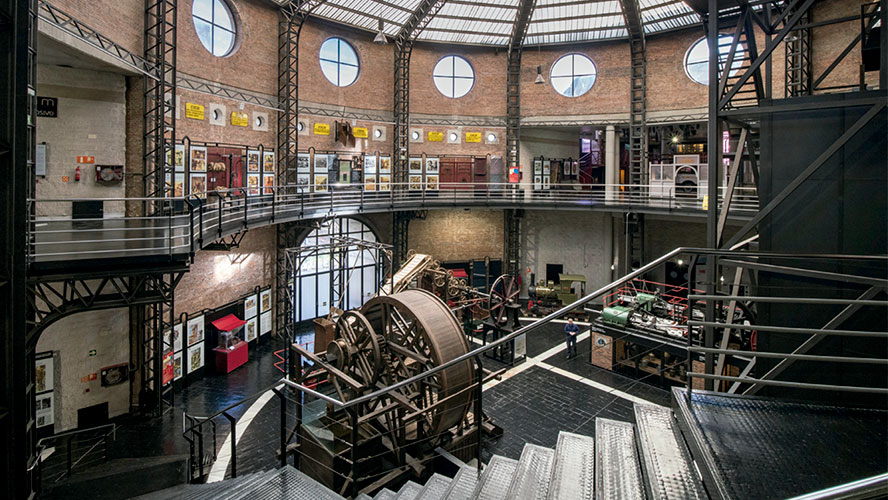 Get ready for a unique and memorable experience – travelling down into the mock underground coal mine at a depth of 600 m below the museum. Access is via the mine cage, or lift, at the pithead. Once underground, you will encounter a 1000 m passageway, crossing through numerous galleries and workshops, with the relentless sound of picks and controlled explosions in the background. You can even ride one of the wagons used to transport coal.

Take part in this immersive experience from Tuesday to Sunday, from 10 a.m. to 2 p.m. and from 4 p.m. to 7 p.m. The mine promises to be a powerful experience for those who are not familiar with the harsh reality of mining.

Looking to experience the real thing? Head to the mine of San Luis, in the town of Langreo. It still has all the original machinery intact and is the only mine left in Asturias that allows visitors.

From Gijón: Take the motorway AS-1 towards Mieres. Take exit ‘Langreo’.

From Oviedo: Take motorway A-66. Take exit 40 in Olloniego.

Check our website for prices. Admission discounts available for children and groups.

The museum welcomes individuals and groups (minimum 15 people). Both types of admissions include the visit to the underground mine. We recommend at least two hours to complete a tour of the site.