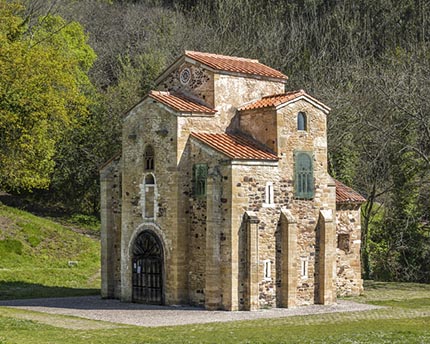 The church of San Miguel de Lillo and the temple of Santa María del Naranco constitute such invaluable architectural achievements (pre-Romanesque monuments of Oviedo) that they were designated UNESCO World Heritage Sites. These mid-9th century structures represent unmatched architectural harmony in a unique location – the slopes of Mount Naranco, overlooking the age-old city of Oviedo.

Panoramic views are best enjoyed on a clear day, but the north is known for its fog. Nevertheless, don’t let that deter you from exploring these monuments ­– the fog seems to create an aura of mystery, making them even more alluring.

The church of San Miguel de Lillo is intimately tied to the Kingdom of Asturias and the Asturian nobles who fought to keep Christianity alive when the rest of the Iberian Peninsula was occupied by the Moors.

Almost a century after the beginning of the Reconquista, King Ramiro I of Asturias stood in the cave of Covadonga and ordered the construction of a palace on the slopes of Mount Naranco in Oviedo.

The palace was named Santa María del Naranco and was originally the King’s recreational palace and the church of San Miguel de Lillo was the palatine church.

Both San Miguel de Lillo and Santa María del Naranco were built by the same architect, but there are no traces of his name. The only proof of his existence is this building of unparalleled beauty.

The original structure was three times as large, but it was severely damaged sometime between the 11th and 12th century, most likely because of a landslide that wiped out two-thirds of the church. 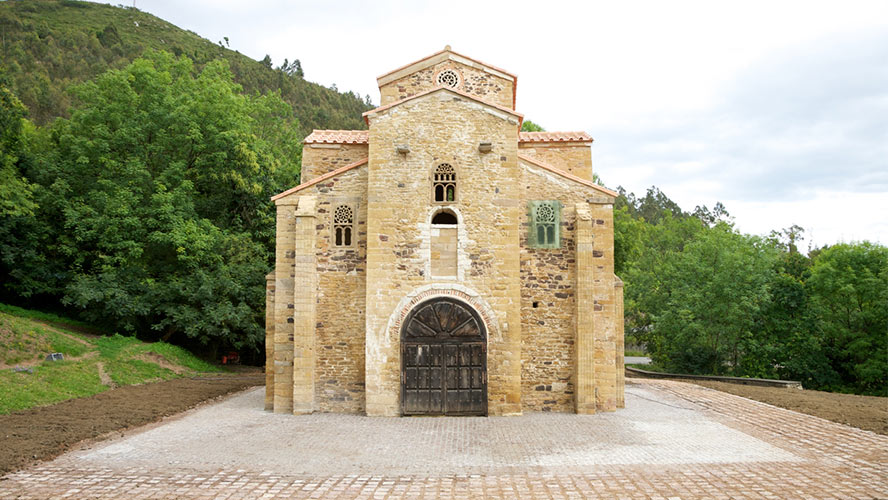 When you visit the medieval church of San Miguel de Lillo, you can still see the original entrance, the vestibule and the naves.

However, we can get an idea of what the church looked like upon its completion in the 9th century thanks to the extensive research that has been conducted. It originally had a basilica ground plan that showed obvious Romanesque influences. It was approximately 20 m long, 10 m wide and 11 m high, giving it an unusual narrow appearance compared to the monolithic Romanesque churches built later on. In fact, its height may very well have contributed to its collapse.

Nowadays, what is most striking about the church is its size, height and the abundance of sculpted ornamental stone details. 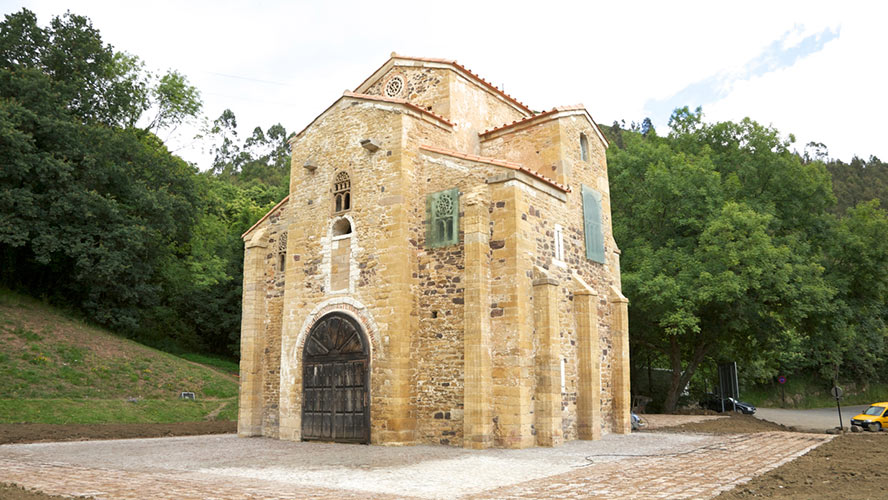 One of the unique features of San Miguel del Lillo is the use of stone as a sculptural canvas. Various allegorical symbols and geometric and plant motifs decorate the walls of the church. The extraordinary jambs in the vestibule depict human figures with different expressions. The exterior walls are lined with buttresses and equally-placed window openings are decorated with stone latticework that was crafted with an extraordinary level of artistic mastery. Only four of the original lattices still remain today. A set of decorated pilasters, stone stairs lead to the main gallery. There are four, small arches decorated with Visigoth motifs.

One of the most extraordinary architectural features of San Miguel de Lillo is the use of columns to support the arches and overhead vaults. It represents a deviation from the use of the Asturian pillar that was commonly used in other churches in the region at that time and following centuries.

There are tiny traces of polychrome on the walls suggesting that the interior of the church was completely decorated with frescos, depicting scenes from the Bible and the Gospels. However, none can be seen today.