The House of the Colonels: a good example of Canary Islands’ civic architecture 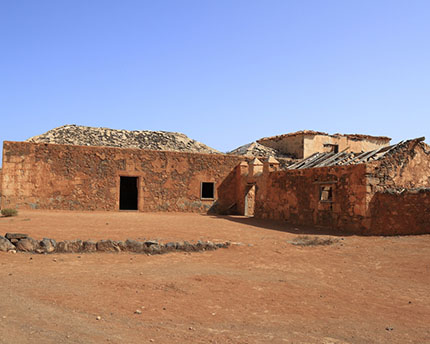 A visit to Fuerteventura’s House of the Colonels [Casa de los Coroneles] is essential for any traveller who wishes to delve into the local history, and to explore a few of the distinguishing features of traditional Canary Island architecture. Declared an Asset of Cultural Interest in 1979, this edifice is outstanding thanks to its size (it is the longest dwelling on the island), but mainly because it was once the official residence of what is known as the ‘coronelato’, the elite dynasty of colonels who held military power in Fuerteventura during the seventeenth century. Later, the building was used as a barracks, a function it continued to fulfil until the mid-twentieth century.

The construction of Fuerteventura’s House of the Colonels

Researchers have yet to find a document which can confirm the exact date when construction of this building commenced. Some claim that it must have begun during the second half of the seventeenth century, while others date its origins to as early as the 1740s, as they believe that construction must have started during the rule of Colonel Melchor de Cabrera Bethencourt.

What is beyond doubt is that the building was linked to the Cabrera dynasty as its coat of arms adorns the lintel of the main entrance, and it is also believed that the architect may have been Ginés de Cabrera Bethencourt.

Regardless of when the construction work commenced, what is certain is that there was a first phase of building work which resulted in a relatively ordinary building, which was later extended in successive phases, making the structure considerably more complex.

The House of the Colonels: a most valuable heritage

As we have already seen, it is worth making your way to the town of La Oliva to visit this building which was based on the prevalent architectural style of domestic dwellings in the Canary Islands’ Modern Era.

The outstanding feature of its austere main façade are the two crenellated towers on the corners. While these project only slightly above the main body of the building, they nevertheless lend it a military air obviously designed to inspire respect. On the façade itself, the edifice’s two floors are quite clearly distinguished, as the lower floor has a row of eight windows to correspond with the eight balconies of the upper floor. The arched entrance, in dark-coloured stone work, contrasts vividly against the colour of the rest of the façade. 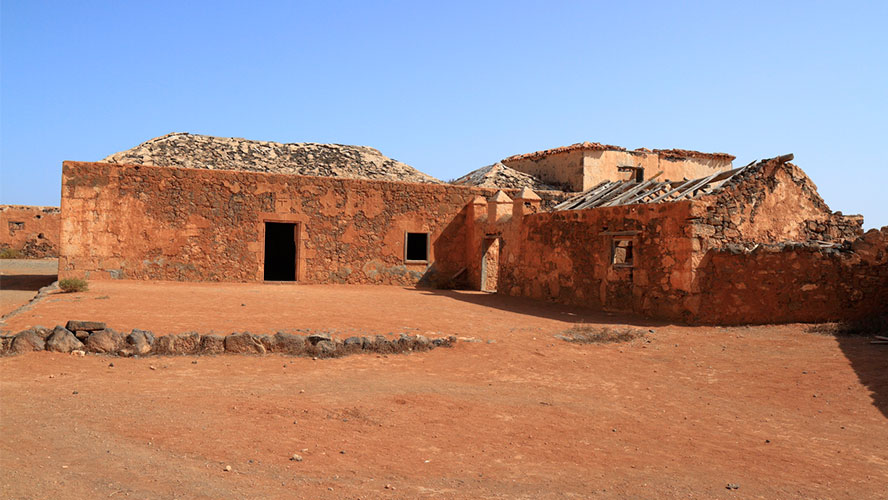 The House of the Colonels

Moving inside the building, we see that the House of the Colonels is constructed around an attractive square courtyard, dotted with several palm trees which lend shade and an even more pleasant ambience. The most appealing aspect of this space is the wooden gallery, a structure of great beauty raised on wooden supports which rest on stone footings. The same arrangement of wooden supports exists on the upper floor, although the dimensions and the distance between them are smaller. The structure is edged by a wooden handrail.

These types of courtyards, together with closed wooden balconies like those to be found on the west façade, constitute one of the most typical features of the Canary Islands’ civic architecture. Another very lovely example exists on the neighbouring island of Lanzarote, where the traveller can visit the Casa de Los Balcones [House of Balconies] in La Orotava.

The distribution of rooms inside the House of the Colonels is such that the ground floor is dedicated to utility rooms, such as storerooms, repositories, stables, barns, etc. The upper floor by contrast served as the living quarters of the Colonels, so that the bedrooms, sitting rooms, bathroom, kitchen, and even a chapel are all here.

In spite of its austere external appearance, the House of the Colonels was built using the finest materials, including Canary Island teak, which had to be brought from Tenerife as it was not available on Fuerteventura. Visitors can admire the fine decorative carvings in this wood, of the window closures, of the balconies, and particularly of the Mudéjar coffered ceilings of certain rooms—in, for example, the Gabinete de la Marquesa [Marchioness’s Study] and in the stairwell.

Once you have finished your visit to the House of the Colonels, you could take advantage of the proximity of the Canary Islands’ Art Centre (less than five minutes’ walk away) to call in and see its splendid selection of sculptures from the region, collected by the artist, creator and art gallery owner, Manuel Delgado (“Mané”).

How to get to the Casa de los Coroneles (Fuerteventura) 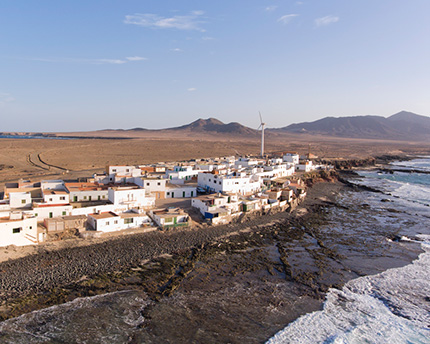 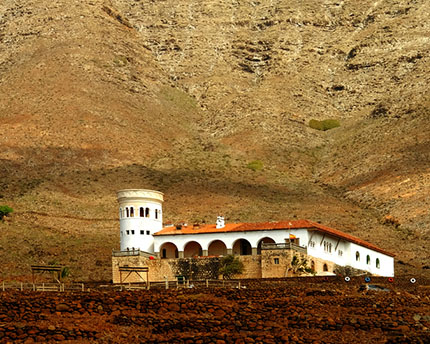 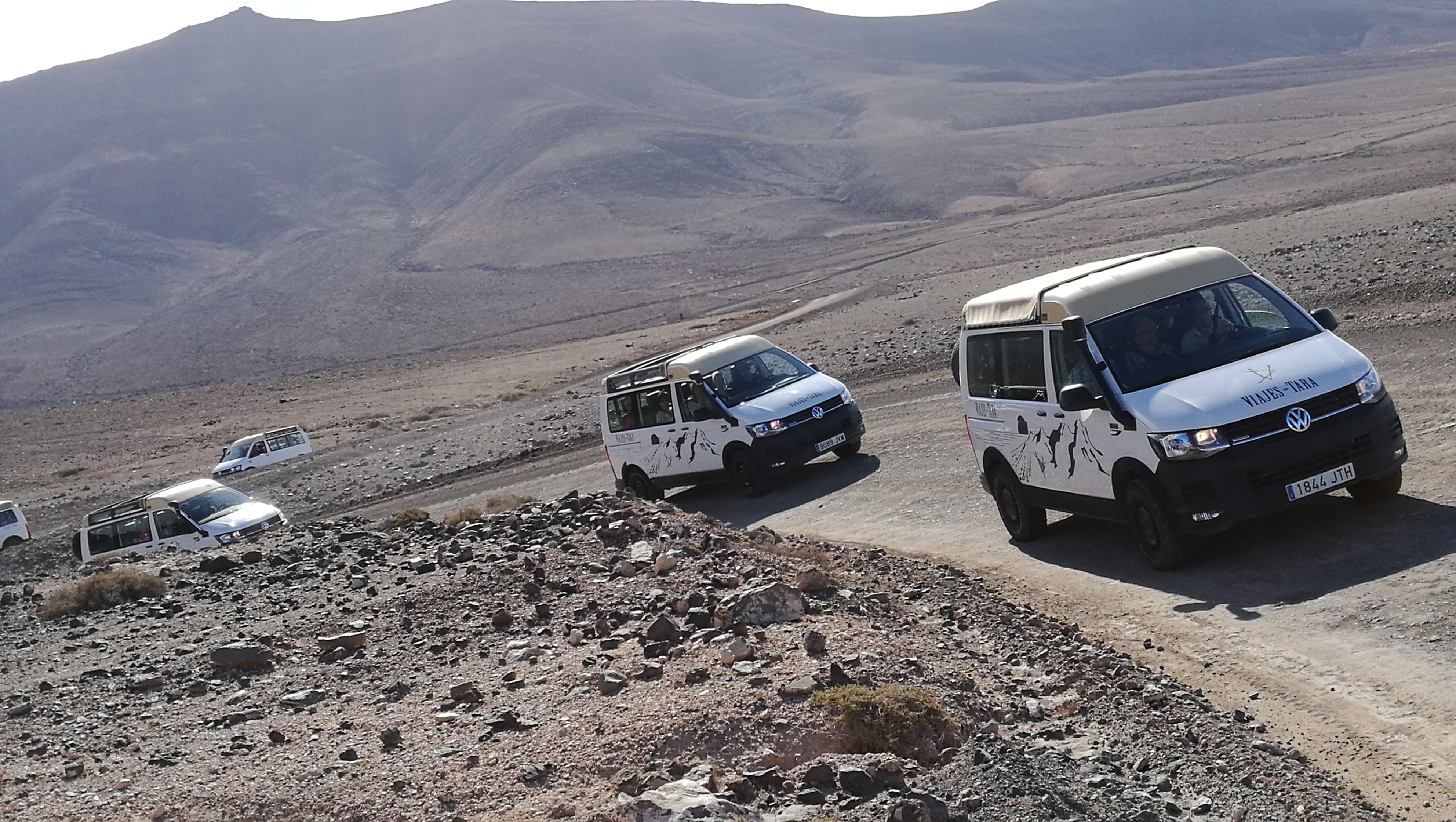 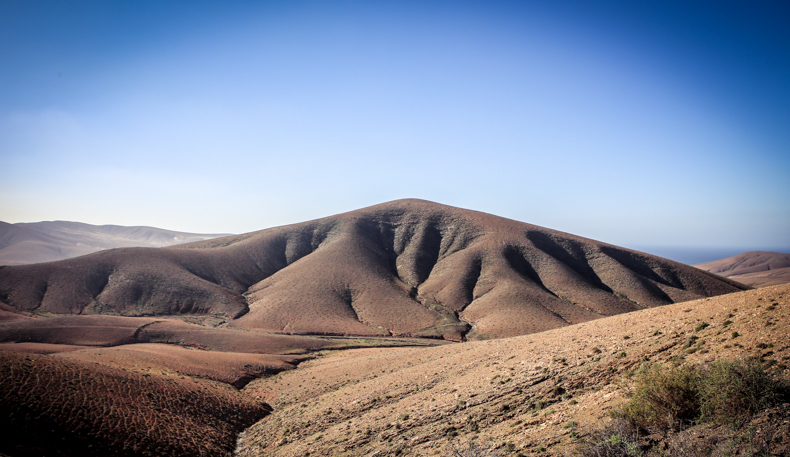 Private tour of the south of the island