The Museu de Menorca, a snapshot of the island’s history 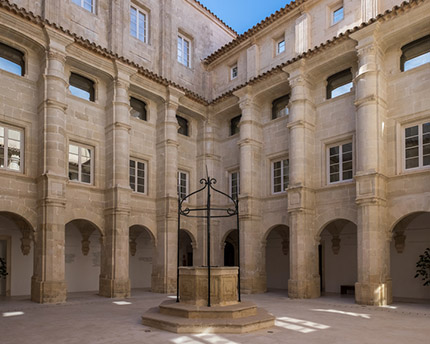 The Museu de Menorca [Museum of Minorca] is the perfect place to learn about the long, rich history of a unique island. A land that still retains the idyllic charm of intimate places undiscovered by the spotlight of mass tourism, an island that knows how to preserve the legend of the many civilisations that once inhabited it.

The Museu de Menorca, whose predecessors were the Museo Municipal de Maó and the Museu Provincial de Belles Arts, is housed in the old convent of Saint Francis, which had to be restored and redeveloped to adapt it to its new purpose. The building is set around a three-storey seventeenth-century square cloister with one wing that breaks the uniformity of its shape. It is soberly decorated, in keeping with a Franciscan convent, and the ground floor corridors open out onto the central courtyard through half-circle arches.

As is to be expected, the halls of the Museu de Menorca are home to numerous objects that were unearthed during archaeological excavations, as well as loans and deposits of all kinds.

The first floor of the museum displays forms of cultural expression from the most distant past, i.e., pieces that belong to the Pretalayotic period and the Roman and Byzantine ages. These works reveal how mankind progressed from stonework to metal. Visitors can also appreciate the evident evolution from the Cales Coves, the most important Talayotic necropolis in Minorca, to the bust of Tiberius (or rather its replica, as the original is in the French National Library in Paris.)

What can be seen in these rooms? Giant mortars, Roman anchors, amphorae used to marinade and transport seasonings… and two extremely important bronze figures. One represents Imhotep, a minor Egyptian deity found in Torre d’en Gaumés, and the other is a male calf with horns, a figure which was worshipped because the cult of the bull was extremely widespread across the Mediterranean during Antiquity.

If you climb to the second floor of the Museu de Menorca you will discover what the island was like during Moorish and medieval times. As you progress, you can admire pieces such as the double-sided cross from the chapel of Santa Àgueda, images of saints and a ceramic Via Crucis. All of these works decorated the building when it was still used as a convent of Jesus, before the Mendizábal Disentailment in 1836. The convent, which no longer remains, was founded in 1459.

The room in the Museu de Menorca that focuses on the eighteenth century reveals the island’s prosperity and how it opened itself up to the outside world during the years of British and French occupation, here displaying everyday objects such as tableware, clothes and tools, in addition to paintings by Minorcan artists Chiesa and Calbó.

The importance of the Masons in Minorca

As you continue your visit, you can admire a stained glass window in the museum that reveals the boom enjoyed by the Freemasons on the island—at one point there were 17 Masonic lodges. There is also space for a collection of nineteenth-century caricatured figures and a cartography collection featuring maps of every nation that played a significant role on the European stage from the seventeenth to the twentieth centuries. It’s interesting to note that the museum also has some industrial pieces, such as a set of silver chain mail bags which were produced by factories on the island.

A trip to the Museu de Menorca ends with an anthology of twentieth-century paintings by Minorcan artists and also international artists who are in some way linked to the island. There are works by Hernández Monjo, Vives Llull, Torrent, Sans Huguet, Josep Vives, Quetglas, Fedelich and Pacific Camps.

A building with many uses

The building that houses the Museu de Menorca today covers 5,900 m2 and has had many different uses since Mendizábal decreed that it should be confiscated, leading to the disappearance of the Franciscan (and Carmelite) convent. It became the Casa de la Misericordia (a charitable institution), a sailing school, a secondary school and a library, before the latter was transferred to the Palace of Can Mercadal.

It took two separate phases to restore the convent of Saint Francis and convert it into a museum. The first lasted from 1984 to 1989 and the second from 1990 to 1997. The Museu de Menorca, as it is known today, opened in 1998. It also has a restoration workshop, a library and a teaching office. Since 1 September 2011, the museum has been run by the Island Council of Minorca.

How to arrive: The Museu de Menorca is in Plà des Monestir in the old part of Mahón (or Maó) and therefore it doesn’t have a car park. However, there are paid parking spaces around the museum and the best area to park is Parc des Freginal.

Price: Please check prices and concessions on the official website. Access to the temporary exhibitions is free. 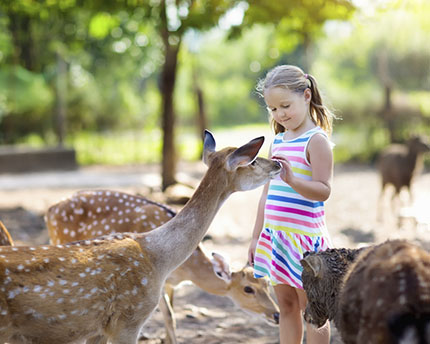 The minorca zoo, a place where you can interact with nature