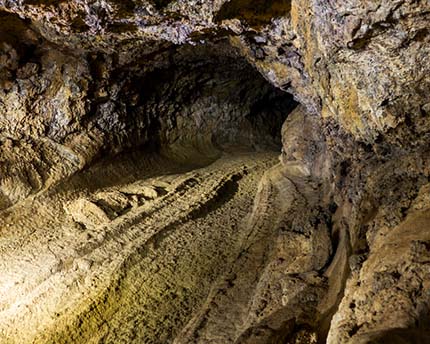 Whether you’re a fan of caving or not, the Cueva del Viento [Wind Cave] is one of those places that you just won’t be able to resist. Whether it’s because of the adrenaline rush you get from going deep underground, or simply due to visiting one of the great vagaries of nature, what’s for sure is that Tenerife’s caves deserve to be seen. And it’s no wonder, as the inside of the cavity is a maze-like series of galleries that were excavated by lava flows thousands of years ago.

A visit to the Cueva del Viento is, therefore, one of the best things to do in Tenerife. Although there are no official records of the cave before the eighteenth century, the ancient Guanches—the indigenous people of the Canary Islands—had extensive knowledge of it. Since the 1970s, successive expeditions into the cave by experts have contributed to the creation of a topographic map of the volcanic formation. The geological wealth that they discovered was such that, in the nineties, reconditioning work began so that part of the volcanic tunnel could be visited.

With 18 kilometres mapped out, the Cueva del Viento in Tenerife is the fifth-largest volcanic tunnel in the world, only behind the four situated on the archipelago of Hawaii. Its maze-like network of subterranean passageways makes you wonder if further sections will be open to the public in the future, although what is known up to now is enough to include it among the caves of Tenerife most worth visiting.

Origins of the Cueva del Viento: Volcanism in its purest state: this is what the Cueva del Viento in Icod de los Vinos represents. The volcanic tunnel, which owes its name to the intense air currents that pass through its interior, was formed 27,000 years ago. The first eruptive phase of Pico Viejo—the volcano considered the second-highest peak on the island of Tenerife—gave rise to this volcanic tunnel, which boasts three overlapping levels, unique in the world.

The inside of the Cueva del Viento presents geological wonders in the form of lava stalactites, lava cascades, lateral terraces and even lava lakes, among others. Its subterranean fauna has astonished countless experts over recent decades and, to this day, it is still a source of new discoveries.

Although there are various caves open to the public in Tenerife, the Cueva del Viento is one of the most recommended. Not just because the route allows you to discover in-person the incredible features of the tunnel itself, but because your visit includes much more than just time spent in the volcanic cavity.

The Cueva del Viento tour starts at the Visitors’ Centre where a theoretical explanation, supported by different informational resources and modules, allows visitors to immerse themselves in the history of one of the most popular caves in Tenerife. The eruptive phenomenon in general, and that of the Canary Islands in particular; Pico Viejo, and the unique features of volcanoes are just some of the aspects addressed in the comprehensive introduction.

Once you’ve learnt some theory, it’s time for the journey to begin. From the centre itself, the organisers take visitors within range of the Cueva del Viento where a fascinating walk begins. Crops including potatoes, onions and vineyards dot the fertile land across the volcanic landscape leading to the mouth of this cave in Tenerife—an image that, on the way back, includes the ruins of former farm buildings typical of the area’s ethnographic heritage.

Entering the Cueva del Viento in Icod de los Vinos may be daunting, as visitors are only accompanied by the light from the torches on their helmets—that and the detailed explanations of the guide on the strange relief carved out by the lava flows within the tunnel. Darkness, silence and nature in its purest state, however, will no doubt captivate all those who enter.

Recommendations for the visit: The route through the Cueva del Viento in Tenerife is of medium difficulty, lasting some two hours, and no specific preparation is required. However, bear in mind that it is not recommended for children under five years of age, people who suffer from claustrophobia and those with mobility problems. In any case, the guides will provide all the necessary indications, which must be followed to make the most of the experience and to make sure it is free of any nasty surprises.

When visiting this or any other caves in Tenerife you should bear in mind certain basic recommendations such as wearing appropriate clothing (long trousers and suitable boots or sports shoes), not littering or altering the cave in any way, not taking anything from the natural environment away with you, and always informing the guide of any incidents.

The Cueva del Viento is situated in Icod de los Vinos, a town that boasts numerous attractions beyond the volcanic cavity. Set across roughly 90 km2 in northern Tenerife it provides magnificent views of Mount Teide. The town is also home to the Drago Milenario [Thousand-Year-Old Dragon Tree], declared a National Monument in 1917.

San Marcos beach is just another of the many beautiful landscapes that are dotted all over the city, whose historic centre boasts interesting cultural and artistic heritage. Plaza de América, the church of San Agustín, the former convent of San Francisco and the church of San Marcos are just a few places of interest that could round off a visit to the Cueva de Viento.

And if all that leaves you feeling hungry, there’s nothing like enjoying some of Tenerife’s cuisine and local traditions!

Visits to the Cueva del Viento are held in groups of 14 and opening hours vary for both winter and summer. During the summer, the cave is open on Mondays, Wednesdays, Thursdays and Fridays between 9:00 AM and 7:00 PM, and on Tuesdays and Sundays from 9:00 AM to 4:30 PM. In winter, it is open from Monday to Sunday from 9:00 AM to 5:00 PM (except for Thursdays when it is open until 6:00 PM).

Prior reservation is required. Check the official website for discounts for residents and other collectives. Pets are not allowed to enter.

By bus. Various routes connect Icod de los Vinos with other places across the island. 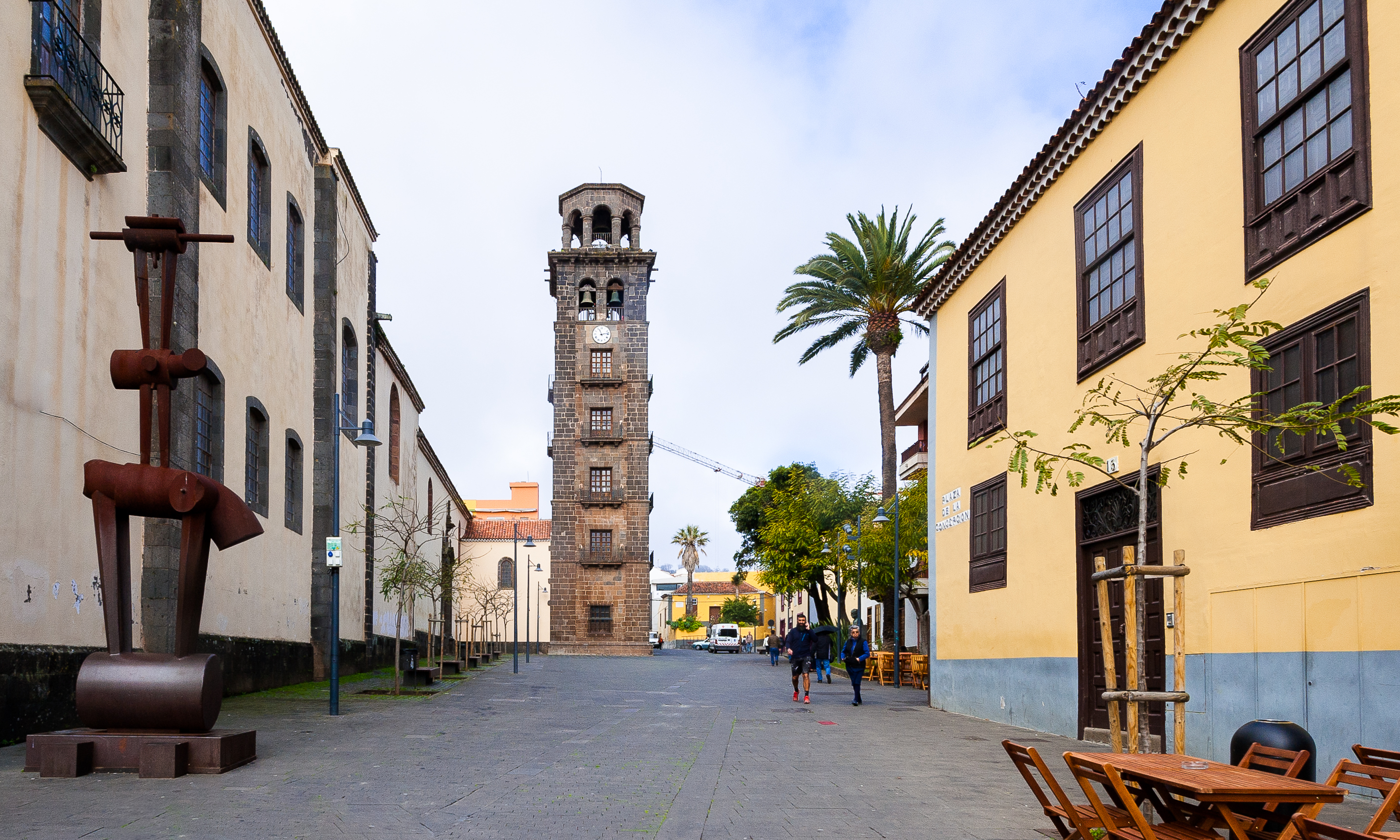 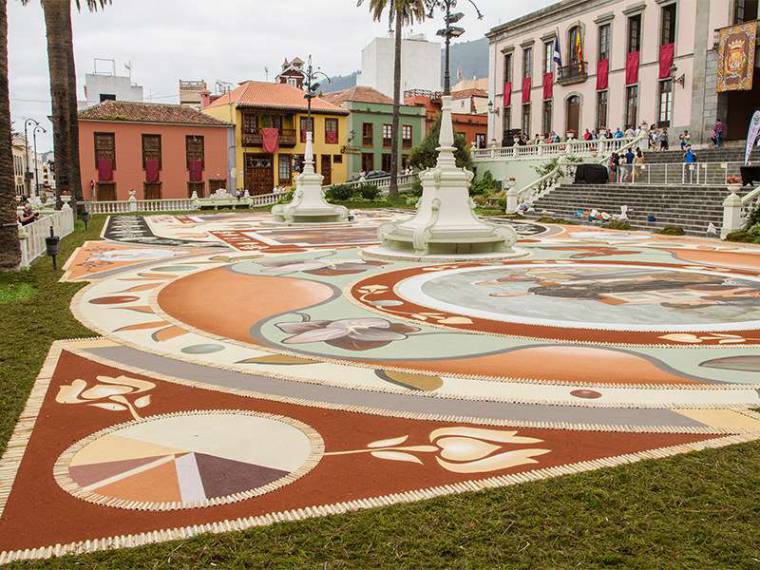