Tenerife Auditorium: the great cultural icon of the Canary Islands 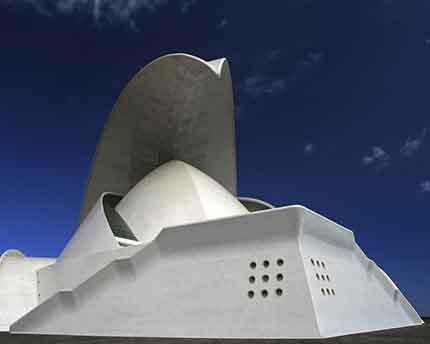 Set against a magnificent backdrop in Santa Cruz de Tenerife on the shores of the Atlantic Ocean, defying the law of gravity with its extraordinary curves, the Tenerife Auditorium is one of the island’s most iconic buildings. Designed by Santiago Calatrava, it is the most important performance space in the Canary Islands. The way its incredible white contours stand out amid the urban landscape, makes it easily identifiable, along with its unique and attractive avant-garde style. It is also one of the great driving forces behind the cultural and social life of Tenerife.

Construction of the Auditorium began in 1997 and lasted until 2003, the year in which it was inaugurated by the then Prince Philip, making it the most modern civil building in the Canary Islands. Its full name is actually the Auditorio de Tenerife Adán Martín, because the Island Council of Tenerife wished to pay homage to the former president of the Government of the Canary Islands, Adán Martín Menis, for his firm support of its construction. That said, the building is still commonly referred to simply as the Auditorio de Tenerife.

The Auditorium in Santa Cruz de Tenerife spans an area of no less than 23,000 square metres, although the actual built area covers only 6,471 square metres, distributed across two halls: the Symphonic Hall and the Chamber Hall. Due to its similarities with the Sydney Opera House, some call the city of Santa Cruz the ‘Sydney of the Atlantic’.

The Symphonic Hall (or the Main Hall), which is crowned by a dome, has a capacity of 1,616 seats in the amphitheatre, whilst the Chamber Hall boasts 422 seats. The cafeteria, press office and shop are located in the foyer. On the outside there are two terraces from which visitors can enjoy magnificent views of the ocean.

An orchestra for the Adán Martín Auditorium

The Tenerife Symphony Orchestra is the resident orchestra of the Tenerife Auditorium. Created in 1935 as the chamber orchestra of the Canary Islands, it wasn’t until 1970 that it expanded and received its current name. Another resident chamber group of the Tenerife Auditorium is the Quantum Ensemble, which began from merging the experiences of several Canarian musicians who have led international careers. The orchestra is of a collaborative nature and has three permanent musicians (David Ballesteros, Cristo Barrios and Gustavo Díaz), who simultaneously work with dozens of artists. Together they give concerts, master classes and workshops at conservatoires and other educational institutions.

Finally, the Tenerife Baroque Orchestra (OBdT) is also a resident group of the Auditorium in Santa Cruz. Its fundamental purpose is to promote young performers trained in Europe in the style and instruments of different periods, in order to acquaint the public with musical forms from the seventeenth and eighteenth centuries.

The multipurpose space of the Tenerife Auditorium, which is managed by the Island Council, has three main lines of activity. The first and most important is art, with a regular season of large-scale music, dance, opera and performing arts, to which numerous festivals and cultural events are dedicated throughout the year.

The second line of activity is of an educational and social nature with activities aimed at educating and involving families, students and educational centres, for which it has agreements with schools, cultural centres, libraries, universities, conservatoires and schools of music, dance, circus and drama.

Last but not least is its professional activity, with a full programme of art residencies, professional training and the promotion of networking, for which it has in place schemes to support entrepreneurship, training and innovation. The Auditorium also takes part in fairs, networks, circuits, professional competitions and prizes, among others, in order to promote creators and artists from Tenerife professionally.

Festivals at the Tenerife Auditorium

The Tenerife Auditorium plays host to a range of festivals including the Early Music Festival, which includes the Nova Ars Organorum series, a programme of concerts for reviving sounds from the past, the Tenerife International Film Music Festival (Fimucité), the Festival of Arts in Motion (FAM), the FMUC festival dedicated to contemporary music and percussion, and the Canary Islands International Music Festival (FIMC). Make sure you don’t miss out on some of the festivals, as tickets for the Tenerife Auditorium usually sell out.

What’s more, the programme of the Santa Cruz Auditorium also regularly includes big musicals, especially during the Christmas and summer holidays. In fact, many of the classics have already trodden the boards of the auditorium, such as Cabaret, Chicago, My Fair Lady, Mamma Mia, The Sound of Music, Beauty and the Beast, Jesus Christ Superstar, Evita and Les Misérables, in addition to other new styles of musical, such as Hoy no me puedo levantar (Today I Can’t Get Up) and Sunset Boulevard.

The Performing Arts Market of the Southern Atlantic (MAPAS: Mercado de las Artes Performativas del Atlántico Sur) is also held at the Tenerife Auditorium bringing together artistic directors, festival curators, cultural managers, programming managers and entrepreneurs linked to the performing arts. It is, as you would expect, a space of cultural exchange for artists and agencies from all over the world. It boasts a full programme of conferences, training activities and meetings for the international industry. 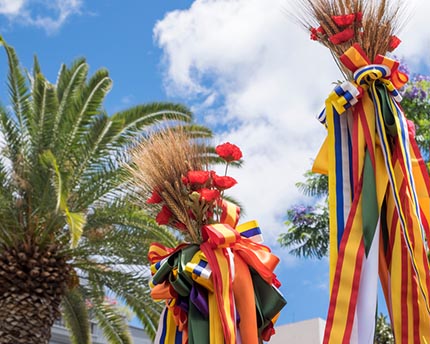 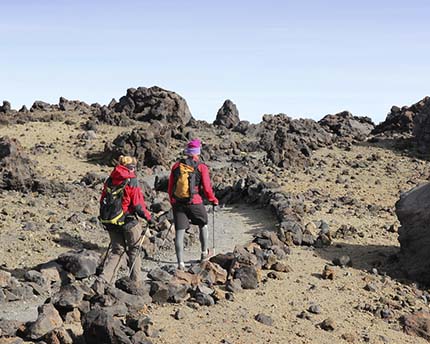 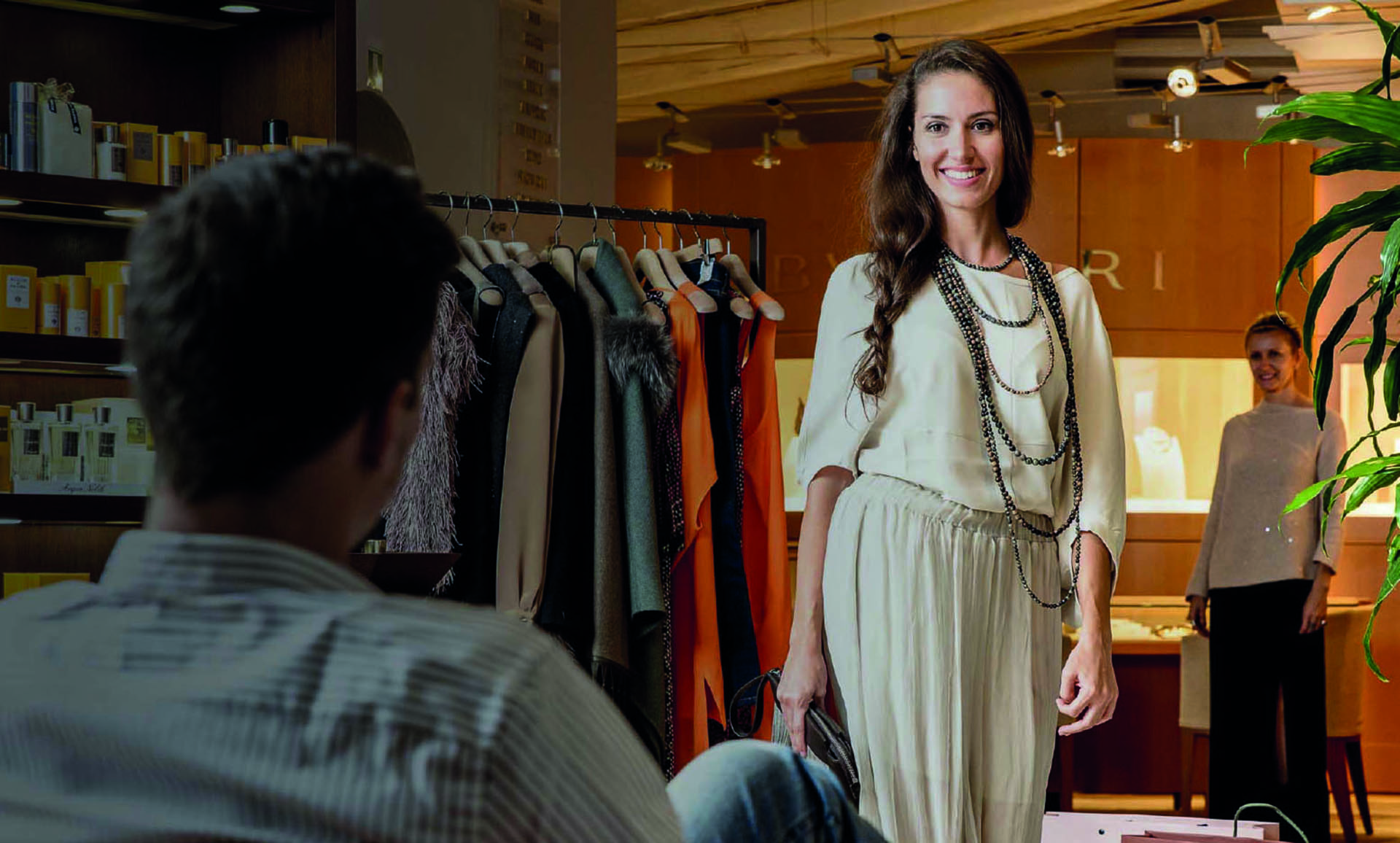