Barcelo.com Barceló Experiences Spain Tenerife What to see and do 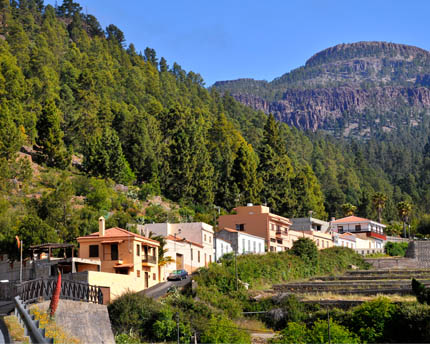 ‘Captain Bracamonte, a romantic dreamer, before an altar cries and prays, before an altar of passion’. This is how The Legend of Vilaflor begins, a narrative poem that describes, in lyric style, how one of the first Spanish conquerors succumbed to the beauty of a young Guanche woman he came across in the forests of Chasna. The Spaniards first kept her captive against her will before she managed to escape without a trace. However, the captain’s senseless love for this young woman became incurable and it is said that all he could do was tirelessly yell: ‘Vi la flor de Chasna!’ (I saw the flower of Chasna!).

That stifled yell is from where the southern municipality takes its present-day name: Vilaflor de Chasna—commonly shortened to Vilaflor. This picturesque and peaceful town is located in the mountain region of southern Tenerife and, together with the districts of Tegueste and El Rosario, shares the characteristic of not having any coastline. Made up of the villages of La Escalona, Jama, Trevejos and the municipal capital Vilaflor, the municipality’s joint population as of 2014 was around 1,700 inhabitants, a very low figure in light of its large size.

Vilaflor is a potato, vine and almond growing land peppered with both pine forests and moonlike landscapes. Its natural heritage, tall peaks and age-old trees compete with the extensive historic heritage that it holds within its old quarters.

One of Spain’s highest towns: history and architecture in Vilaflor

Despite the altitude at which it lies, the town of Vilaflor is easily reachable by both the TF-21 road—crossing the Las Cañadas del Teide National Park—and the TF-1 road. Once there, the historic centre flaunts, before newly arrived visitors, all the charm it has amassed over centuries. Laid out in a staggered way, as if it were made up of terraces, the whitewashed houses and streets of Vilaflor contrast with the unexpected greenery of the natural surroundings. Close to the town is El Sombrerito, a mesa that reaches an altitude of 2,400 metres and looms large in the background whilst visiting.

The Iglesia de San Pedro Apóstol [Church of Saint Peter the Apostle], built in the mid-seventeenth century on the site of a former hermitage, is without a doubt the ideal point of departure for any route through Vilaflor. Situated on Plaza Doctor Pérez Cáceres, said church was ordered to be built in homage to the marquis Pedro Soler, the town’s founder. Inside it still houses an alabaster image of Saint Peter.

On one side of the same square is another famous historic attraction: the Santuario del Santo Hermano Pedro [Sanctuary of Saint Brother Peter], a mythical temple of pilgrimage dedicated to Peter of Saint Joseph Betancourt, the first saint of the Canary Islands and founder of the Order of Bethlehemite Brothers during his time as a missionary in Guatemala. Construction on the sanctuary began in the eighteenth century but wasn’t completed until 1980, due to the works being halted by royal order.

You will be surprised to discover two other great historic attractions just a few metres away from the same square: Hacienda de los Soler, situated behind the Church of Saint Peter the Apostle, is one of the oldest and best preserved examples of seventeenth-century Canary Island civic architecture. Meanwhile, the perfectly preserved remains of the water mill demonstrate how the people of Vilaflor milled grain using the driving force of water from 1644 to 1915.

And, finally, by ascending Calle Castaños parallel to the potato fields, you will come across the town’s last great attraction: Los lavaderos del Chorrillo, the old building that poorer people used to wash their clothes, which has retained its original structure made up of rectangular basins that in their day were connected to the area’s canal system.

The Pino Gordo and other age-old trees: nature surrounding Vilaflor

As was previously mentioned, the charm of Vilaflor is two-fold, as the important historical heritage that it houses is complemented by the lush nature of its surroundings. The best way to discover it is to take one of the marked trails found within the town:

Finally, just 200 metres from the centre of the town you can visit both the famous Pino Gordo [Plump Pine Tree] and the nearby Pino de las Dos Pernadas [Two-Legged Pine Tree], which are astonishing due to their gigantic size: so big that they are considered the tallest in Spain. The Pino Gordo even appears on the coat of arms of Vilaflor.

What to eat in Vilaflor

As it is a highly rural municipality, much of Vilaflor’s economic activity is based on agriculture, especially the cultivation of potatoes and vines. For this reason, in Vilaflor you can savour typical Canarian cuisine with 100% traditional flavours. Papas arrugadas (‘wrinkled’ Canary Island potatoes), mojo picón (a spicy red sauce), conejo al salmorejo (rabbit cooked with paprika and garlic) and goat are just some of the star dishes found in the region. Search for the restaurant, bar or tavern that most tickles your fancy.

The grill house El Rincón de Chasna (Camino los Cortados, 15), housed in an old mansion on the outskirts of the town of Vilaflor, offers a wide variety of traditional dishes at affordable prices. Its grilled meat (such as the T-bone steak), accompanied by excellent local white or red wines, is the most popular combination.

Likewise, on the way to La Escalona, one of the villages that make up the municipality, is the family business Tasca La Taguara (Carretera General El Hoyo, no number). More modest than the previous restaurant, its friendly service and homemade food surprise all those who make their way there. The escaldón de gofio (fish broth with local flour made from toasted grains), fried rabbit with onions, and goat will not leave anyone indifferent.

If you would like more information about Vilaflor de Chasna, we recommend visiting its official website: http://www.vilaflordechasna.es/ 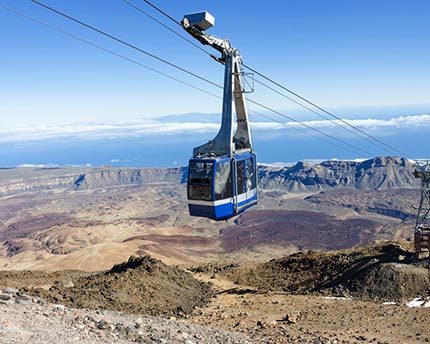 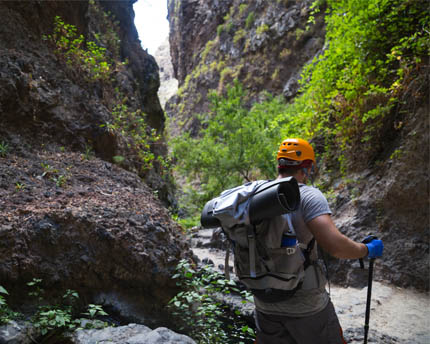