Valencia What to see and doThe Jardí de Montfort, the oldest gardens in Valencia 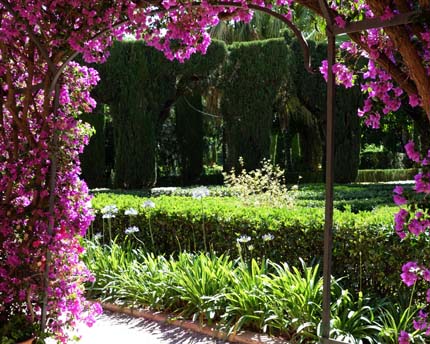 The Jardí de Montfort gardens are a perfect recreation ground that soothes the spirit and are the last remaining example of nineteenth-century historical-artistic gardens in Valencia. Their origins can be traced back to an orchard that the Marquis of San Juan bought in 1849; he intended to transform it into a Romanticism-inspired garden, commissioning architect Sebastián Monleón to work on the project. The small Neo-classical style palazzo, shady bougainvillea-covered pergola, pond, beautiful rose gardens and numerous statues make it one of the most idyllic spots in the city, and it sits next to the old course of the Túria river. The loving care that is taken of its fountains and statues make the Jardí de Montfort one of the most beautiful corners of Valencia.

The park covers almost 12,000 m2 and the main entrance is on Plaça de la Legió Espanyola. It is home to unique species such as the Ginkgo Biloba—known as the ‘tree of the forty shields’—which can grow up to 35 m tall.

From orchard to garden

Originally this orchard area in Valencia’s Extramurs district was owned by José Vich, Baron of Llauri. In 1849, he sold it to Juan Bautista Romero Almenar, Marquis of San Juan, for 80,000 reales. A few years later, the Marquis purchased the stone lions that had been rejected for the staircase of the Congress of Deputies for being too small and had them placed at the entrance to the palazzo.

The garden would be given its definitive name a few years later when it was inherited by Josefa Sancho, a niece of the marquis’ wife, who was married to Joaquín Monforte Parrés. It was declared a National Artistic Garden in 1941 but wasn’t refurbished and opened to the public until 1973 when it became a municipal property.

The garden is divided into three clearly defined zones: the Old Parterre, with trimmed hedges and statues on pedestals, the New Parterre, with the Patio de los Surtidores [water fountain patio] which is surrounded by cypress and myrtle hedges that are grown to form shapes and quadrants, and finally, a small wood which was designed to feel closer to nature.

The garden palazzo is the Marquis de San Juan’s old pleasure pavilion. It is a nineteenth-century French Academic-style building. It was built in 1859 by architect Sebastián Monleón and its main façade has a large balcony over one of the gardens. The palazzo is currently used for civil weddings, the only occasion on which there is direct access to the pavilion from Carrer de Montfort. There are public toilets on the ground floor.

As you wander around the garden, you’ll spot 33 marble statues and their ponds. Some of the most famous are:

You can enjoy walking through a tunnel formed by beautiful and colourful bougainvillea growing over a metal structure that is supported by the perimeter wall at the end of the Old Parterre. The perimeter wall is constructed from masonry typical to the period but it does have one particular curiosity: a series of goat horns set into the brick. Just how long they’ve been there and why they were embedded into the wall remains a mystery.

Idyllic features such as the wooden bridge over the grotto opposite the pond, or the waterfall surrounded by ferns, make Montfort park a truly unique place. The pond is over 20 m in diameter and various species of tree that aren’t typically found in Valencia grow around the water, such as the Cupressus funebris (Chinese weeping cypress). To ensure that there was sufficient water pressure for the ornamental fountains in the garden, an artificial hill was built to house a large water tank that was filled by manual hydraulic mechanisms. When the gardens were refurbished, the little hill was turned into a viewpoint. You won’t be able to resist climbing to the top to enjoy the views—and while you’re up there, see if you can hear the echo of your own voice.

You’ll love wandering through the Romantic garden and admiring its topiary and gorgeous bushes. The Jardí de Montfort also has a huge rose garden where small rose bushes encircle a vast laurel tree and an irrigation channel. 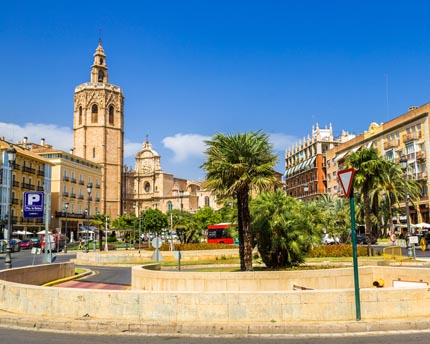