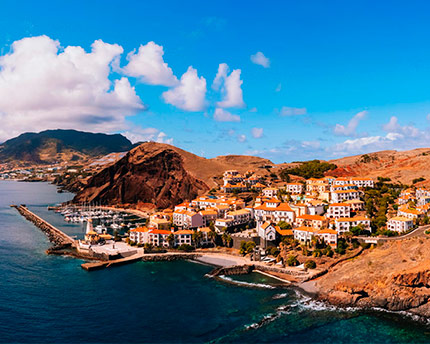 For this tour in the east of Madeira, we will start from Funchal, the capital, located in the southeastern part of the island and that we have already analyzed in other articles. From Funchal, we can make a day trip by car to tour the entire eastern part, both along the coast and inland, to the height of Faial, on the north coast.

Traveling along the east coast on the south side from Funchal, one of the first landmarks we will come across is the statue of Cristo Rei da Ponta do Garajau. This statue overlooking the sea was inaugurated in 1927 and is located on an excellent viewpoint from which you can see the Deserted Islands, also Portuguese. Next to it, a modern cable car descends the cliff to the hidden beach of Garajau.

The eastern coast of Madeira has more beaches than other sides of the island, such as Reis Magos, Atalaia or Santa Cruz. However, like practically all the beaches of the island, they are not sandy but pebble beaches.

Through the VR1 road we can travel the entire coastline comfortably, as this part of Madeira is smoother than others. Even so, we can stop at one of the many viewpoints that are on the route.

After passing the airport of Madeira, whose runway is partially built on the water, the city of Machico appears. Just past the airport a viewpoint allows us to contemplate the beauty of the bay where the first capital of Madeira in the fifteenth century is sheltered.

In Machico landed Gonçalves Zarco and Tristão Vaz Teixeira in 1419, discoverers of Madeira. The town has one of the few sandy beaches of the island, brought from the Sahara, and the Matriz church, from the 15th century. There are also some interesting viewpoints, such as Pico do Facho.

Next to Machico is Caniçal, the easternmost town and main commercial port of the island. One of the attractions of Caniçal is its Whale Museum, which delves into the life of these cetaceans and fishing by whalers.

But Caniçal is the gateway to São Lourenço Point, the eastern tip of Madeira. From the parking lot at the end of the road, a path of about four kilometers will lead us to this peninsula of land that penetrates the sea and overlooks continental Europe, the Desertas Islands and the island of Porto Santo. Undoubtedly, this part is one of the most spectacular parts of the coast of Madeira, with large cliffs, basaltic rocks and, unlike the rest of the island, sparse vegetation. 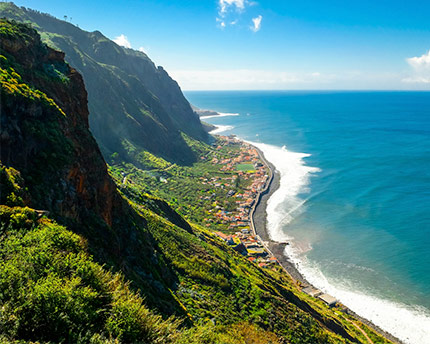 Excursions in Madeira: day-trips around the island

The best way to discover Madeira is by going on day trips, which help to paint a clearer picture of all the attractions that this beautiful island has to offer. Get ready to discover its gorgeous villages and stunning natural surroundings. 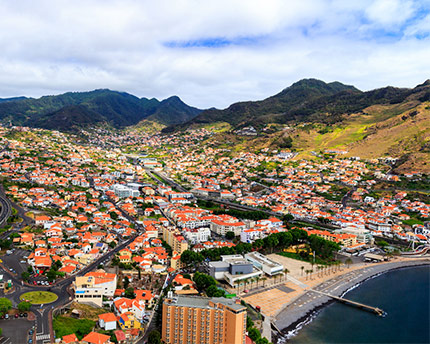 Machico: history and nature in the east of Madeira

Situated on the eastern tip of the island, Machico is intimately linked to the history of Madeira and, of course, its breathtaking nature. 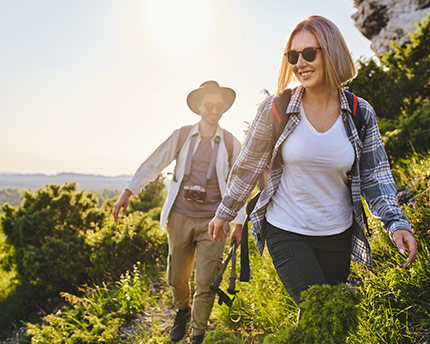 Romantic things to do in Madeira, routes to get active, and places to relax