Luarca: the little white town on the Green Coast 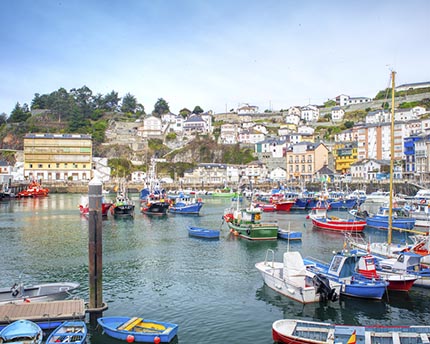 Luarca, the capital of the parish of Valdés, is a charming fishing port. Often referred to as ‘the little white town on the Green Coast’, it won’t disappoint with its attractive views and landscapes. Located 92 km west from Oviedo, the town sits between the sea and rugged cliffs, and is divided in two by the Negro River. Seven bridges connect the two parts of town.

The Camino de Santiago (Way of St. James) passes through Luarca and visitors will enjoy both the colourful and bustling port and the calmness reigning at its best vantage points – ideal spots for silent, peaceful reflection on the Cantabrian Sea’s majestic beauty. Admire the fishermen’s cottages and the impressive 19th-century homes as you stroll through town, where time seems to have stopped centuries ago. Its medieval buildings and landmarks, and its omnipresent watch on the sea are testaments to its whaling and privateer history. Come fall under the town’s spell, where nature and history merge.

What to see and do in Luarca

The port of Luarca

Fishing ports and marinas always lie at the epicentre of coastal towns, and Luarca is no different. Locals and visitors gather at this popular meeting point, freckled with colourful boats, where fishermen prep for a day at sea or unload the catch of the day. Did you know Luarca has been a prosperous fishing, navigation and trading hub for centuries? What better way to immerse yourself in the rich seafaring heritage of this little medieval town than by taking a walk around the port? And, while you’re there, be sure to try the freshly caught fish and seafood at one of the restaurants in the vicinity.

El Cambaral: the fishermen’s quarter and the Mesa de Mareantes

The sea is the subject of many tales and places in Luarca. Curious to learn more about Luarca’s seafaring past? Visit the Mesa de Mareantes. This stone table was built to commemorate the place the mariners’ guild met to discuss the weather conditions before heading off to sea. A mural lines the wall, depicting key historical moments of this little town. The mural is composed of Talavera ceramic tiles and is based on the watercolours by the Spanish artist Goico Aguirre. There are many other landmarks in the area to discover: the fishermen’s quarters of El Cambaral is lined with stone stairs, picturesque cottages and stunning views from the lighthouse and the viewpoint. Between the 15th and 16th centuries, the town was surrounded by a defensive wall to protect it from corsair attacks. If you close your eyes you will surely be able to picture the 14th-century brigantines setting sail for the Americas. 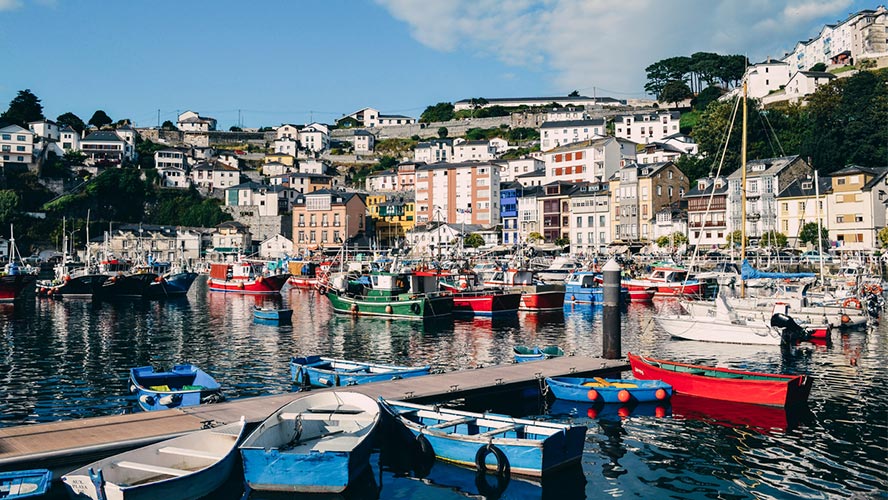 A visit to the cemetery and the manor houses

Take the time to visit the area around the viewpoint. The Virgen de la Blanca Chapel has a picturesque cemetery with dramatic views of the sea. The Nobel Prize Winner for medicine Severo Ochoa is buried in this peaceful spot. He was a native of the town and you can even take an organised tour to discover his favourite places. It’s a great way to see the town through the eyes’ of a local.

One of the tour’s most-photographed landmarks – Villa Carmen, is located in the bourgeois neighbourhood of El Villar. This elegant, 19th-century manor-style home was the home of Severo Ochoa and his family. A stroll through these streets is a walk through history: many of these homes were built by Asturians who had made their fortune in the Americas and, upon their return, built these impressive homes with lavish gardens. Nowadays, many of these houses are luxury hotels.

The town’s shell-shaped beach is located just east of the port. An interesting feature of this beach is that it’s actually two beaches: Luarca 1 and Luarca 2. Sheltered by a breakwater, the beach is divided into two by a string of rocks. It is also where the Negro River meets the sea. Whichever beach you choose, you’ll find powder-like sand and calm waters. Salinas Beach is the third beach of a series of impressive beaches making up the protected landscape – it can be reached by foot from the promenade. There are many other stunning beaches waiting to be discovered in vicinity of Luarca, including Portizuelo Beach. This pebble beach, bounded by high cliffs, is where Severo Ochoa used to go for daily walks and where the village women would swim, fully dressed. 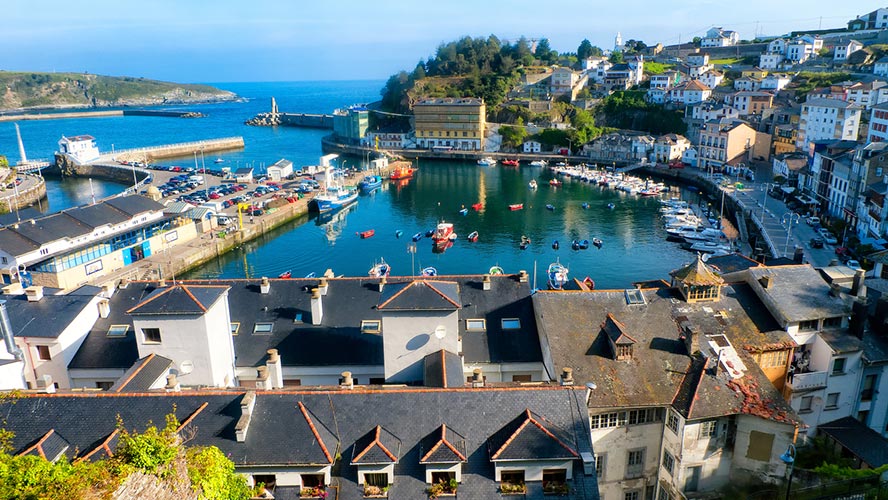 The legend of the Puente del Beso

Luarca has a total of seven bridges over the Negro River, including the Puente del Beso (‘the Bridge of the Kiss’). According to local legend, there was once a feared pirate by the name of Cambaral, who repeatedly attacked Asturian ships, terrorising the locals, until he was eventually captured by Lord Hidalgo. While he was in captivity, Hidalgo’s beautiful daughter tended to his wounds, and they fell madly in love. They decided to run away together and while they were crossing the bridge, Hidalgo caught them, pressed against each other, kissing. In his rage, he cut off both their heads. The bodies remained standing as their heads rolled into the sea. According to the legend, you can sometimes hear the lovers speaking to each other from the bottom of the sea.

The bridge is located in the Fishermen’s Quarter and is the town’s oldest, together with Cambaral Bridge, named after the infamous pirate. Clamber the narrow, labyrinthine streets that lead to Chano Viewpoint to take in the views of this lovely town.

The Gardens of Fonte Baixa

One of the top places to visit in Luarca is the Garden of Fonte Baixa, the largest, private botanical garden in Spain. Built by José Rivera Larraya, this stunning 20-hectare botanical garden is dotted with sculptures, arches and fountains with hundreds of beautiful species of flowers, plants and trees, such as azaleas, beech trees, cedars, weeping willows, palm trees, among many more. Enjoy a walk through the verdant garden as you take in the sparkling, blue views of the sea – you’ll fall into an immediate state of relaxation. Located in El Chano, it is accessible via the Fishermen’s Quarter. 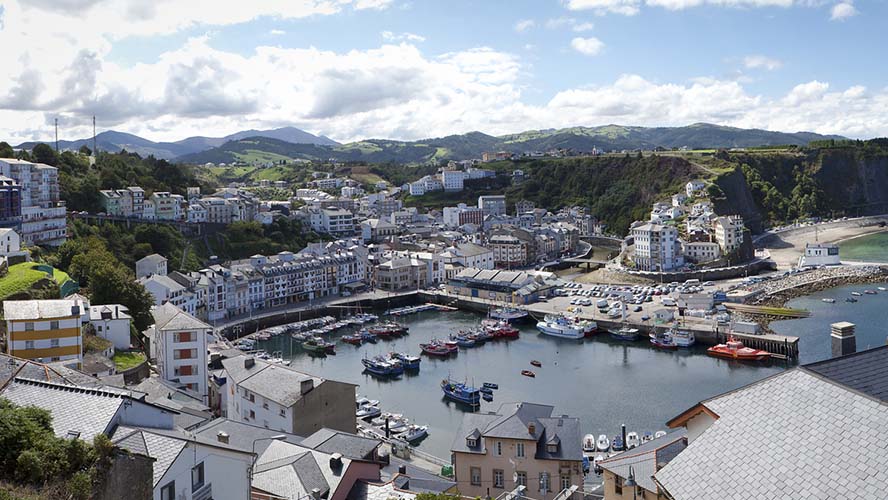 The Parque de la Vida (‘Park of Life’) is a great attraction for all members of the family. Committed to science popularisation and the preservation of the natural environment, the park offers fascinating exhibits. These include exhibits on the life cycle of the planet; weather stations and climate measuring devices, global warming issues; and the impressive cephalopod collection that includes local specimens of giant squid. 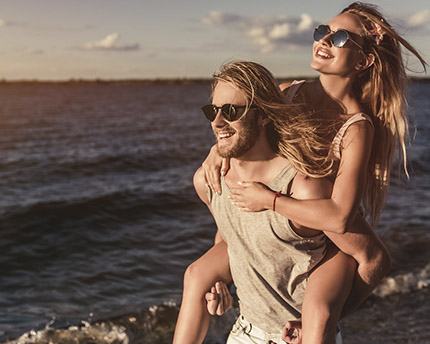