Shopping in Valencia: where to find the best stores 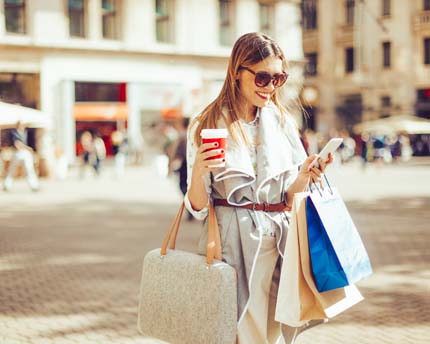 Shopaholics will be delighted by their visit to Valencia. As befits a major capital city (the third largest city in Spain), Valencia has a huge range of stores with options that will suit every taste and budget.

Whether you’re after the best fashion or shoe brands, jewellery or a watch as a special memento of your trip to the Ciutat Vella, household items, unique hand-crafted goods or culinary souvenirs, it won’t be hard to find the shop that’s right for you.

Follow our shopping guide and make the most of the best stores in Valencia!

Shopping in the historic centre of Valencia

Valencia boasts one of the largest historic centres in Europe that makes an unbeatable backdrop to a perfect day out shopping as you wander among spacious squares, impressive Modernist buildings, elaborate façades, museums, churches, cathedrals, and more.

Beyond the historical and artistic value of the area, the historic centre of Valencia is the top shopping zone in the city, not only because of its size but also thanks to its variety. The old town has the most popular fashion chains, which line Carrer Colón and neighbouring streets, to more exclusive establishments in what has been nicknamed Valencia’s Golden Mile (Carrer del Poeta Querol and surroundings).

The historic centre is also the best area for buying hand-crafted goods and you could try one of the charming stores in Plaça Redona (fabrics, bobbin lace, ceramics, etc.) or the workshops along what is known as the ‘street of the baskets’. This street is actually called Carrer del Músic Peydró but locals started to use its nickname over half a century ago thanks to the guild that was based there. Visitors with their eyes set on the latest trends will probably prefer the small businesses in the El Carme neighbourhood which are the most alternative and original in the city.

Carrer Colón is the number one avenue for shopping fans because you can find practically any item without having to leave the centre. The most important thoroughfare in the city runs from Plaça de la Porta de la Mar almost up to the bullring. Along its length you’ll find dozens of fashion stores (foreign visitors will be especially pleased by the prices in Zara and other shops in the Inditex chain, which are generally lower in Spain than in other countries), shops specialising in shoes, bags and other accessories, cosmetics, costume jewellery, electronics, homeware, etc.

It’s a good idea to turn off the main drag and wander along adjacent streets such as the stately Carrer de Sorní or Carrer de Jorge Juan, both located close to the Mercat Colón. Here you can seize your chance to discover some local businesses and pause to admire the Modernist building that houses the market. Why not take a break and stock up on delicious fresh produce and the highest quality food products?

Fans of luxury brands and exclusive goods will be in seventh heaven when they visit Carrer del Poeta Querol and the area around the Palau del Marqués de Dosaigües (don’t miss this key tourist attraction: the Museu de Ceràmica de València [National Ceramics Museum] is inside), an area that has been renamed Valencia’s Golden Mile for obvious reasons.

This is where the major international brands have their boutiques (Loewe, Louis Vuitton, Carolina Herrera, Salvatore Ferragamo, etc.) and you’ll also find the most fashionable watchmakers, jewellery stores and art galleries. Both firmly established and emerging Valencian designers are based here, and a visit to Lladró, Valencia’s famous brand of fine china, is also an essential stop. So if you’re thinking of shopping in this neighbourhood, just remember to have your credit cards at the ready.

The best shopping centres in Valencia

Like all big cities, Valencia has plenty of shopping centres where you can spend an entire day shopping, eating out and enjoying leisure activities all under one roof. Based on their location and amenities here are some of the best options:

Shop opening times in Valencia depend on the area and type of establishment. In general, stores open to the public from 10:00 AM to 8:30 PM in areas frequented by tourists (until 9:30 PM in shopping centres) and close on Sundays (except on special public holidays). Some stores close for a couple of hours in the middle of the day. 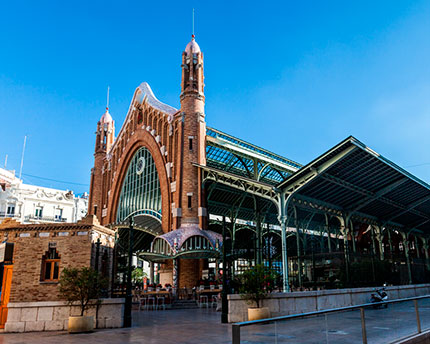 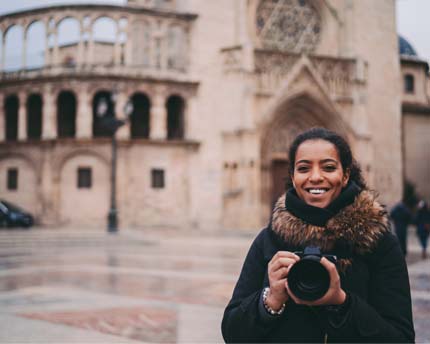