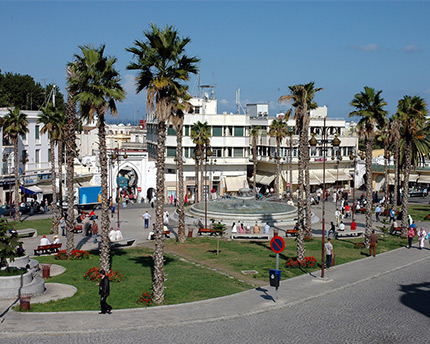 9 April 1947 Square or, simply, 9 Avril, is the most iconic area in Tangier’s historic quarter. This essential place acts as the large courtyard of a house from where you can go to different hotspots throughout the neighbourhood. If the Place de France is the epicentre of the Ville Nouvelle (Tangier’s new town), this square has the same function.

Since this will probably be the first place you visit, and where you will get your first impression, the recommendation is to make a first stop at any of the outdoor seating areas in the square. Sit back, order a mint tea, and observe the people of Tangier go by, the façades of the buildings surrounding the square, the palm trees rising to the sky, the comings and goings of the passers-by, etc. If you happen to be there when there is a call to prayer, the city will seem bewitching. Listening to the muezzin’s voice and its echo pervading the atmosphere is certainly emotional.

We will now tell you about the curious history of this square, what you can do there, and the places where you should try traditional Moroccan delights. There are many plans if you are spending a day in Tangier since it is a vibrant city throughout the day, both in the urban part and along its promenade.

The name of this square probably caught your attention, so you are wandering what happened on that particular day. The event that took place on 9 April and which gave the name to one of the main squares in Tangier, if not the main one, is that on that day in 1947 Mohammed V (grandfather of the country’s current king) went there and claimed the independence of the northern provinces and the reunification of the Kingdom of Morocco.

The square, as the starting point to visit the historical part of Tangier, deserved to be up to standard, which is why it was renovated, so nowadays you will see small flower gardens, tall palm trees and a marble fountain. The benches are usually occupied by the locals having a lively conversation or tourists worn out after wandering around the Medina and the souks. 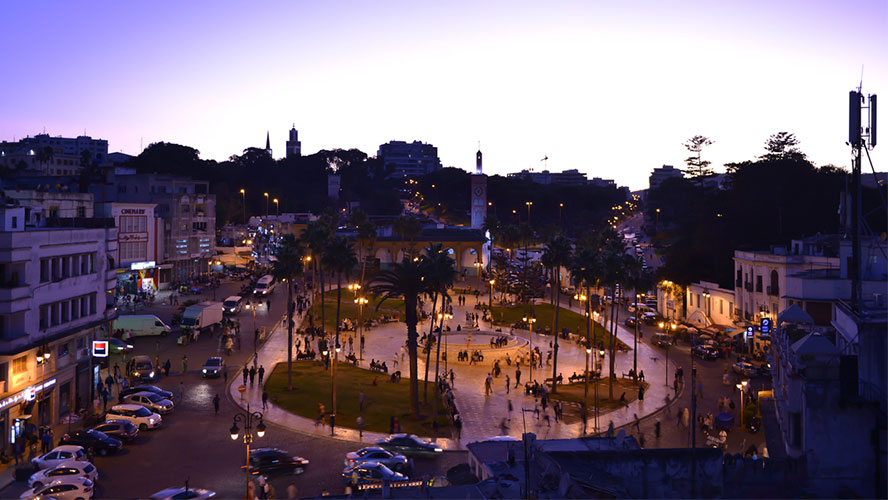 Things to see nearby

Since you are in a unique area, you should start by wandering around the square where the Sidi Bou Abib mosque is located. If you walk towards the Petit Socco and follow Rue de la Marine, you will see another mosque, the Grand Mosque, which is situated in the same place where a Catholic temple was also erected. The main reconstruction was ordered by Sultan Suleiman in 1815, although it was expanded and renovated subsequently in 1962 and 2001. The first thing that will draw your attention is the mosque’s white stucco walls and the green and orange tiles of its doors and minarets. The height of its minaret, which is visible from most of the city, also stands out, of course.

Since you cannot enter the Sidi Bou Abib mosque unless you are Muslim, you should continue going around the square and stop in front of Cinema Rif, whose retro look attracts you right from the start. If it is not the right time to see a film (it is now managed by a non-profit organisation), you can have a drink in its lively café. 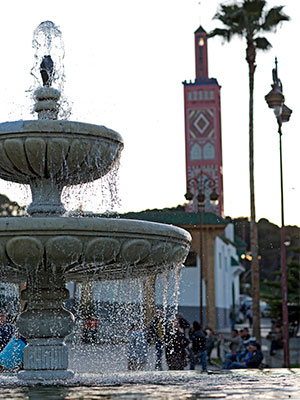 You can then spend some time shopping at the Grand Socco and, if that is not enough, go to the Petit Socco, which is more appropriate for buying crafts. Once you cross the Bab Al Fahs door, which opens directly onto 9 April 1947 Square, you can lose yourself in the microworld of the Medina. You can also go to the Kasbah where you will find Dar al-Makhzen Palace, which has an interesting ethnographic museum and a magnificent view of the bay.

Where to eat near the square

Near 9 April 1947 Square, there are many restaurants which serve traditional cuisine, some inside riads which give you the opportunity to look around these traditional Arab houses built around courtyards, with tinkling fountains and full of details.

Two interesting options are the Riad Al Andalous restaurant (address: 12 Rue de la Kasbah) which, apart from its beautiful decoration, provides exquisite Moroccan cuisine; and the Palais Zahia restaurant (72 Rue de la Marine), with a carefully preserved interior and traditional dishes. You can also eat at other less expensive places which are the city’s references such as the Chez Hassan Bab Kasbah restaurant (8 Rue de la Kasbah), which provides homemade cooking at a good price. We must not forget Le Salon Bleu (8 Rue de la Kasbah) and the Café à l’Anglaise (37 Rue de la Kasbah), where you can make a stop among the hustle and bustle of the Medina. And, to end the day, you should visit the historical Café Hafa which, located on terraces, provides beautiful views of the sea while you enjoy a mint tea (delicious and very cheap).

Hotels in the centre of Tangier

Among the variety of accommodation in this northern Moroccan city, the Barceló Tánger hotel stands out. This 4-star hotel has 138 large rooms with all the amenities you need to enjoy your dream stay in Tangier. Also, without leaving the hotel, you can enjoy its food offering which includes a restaurant that serves international cuisine, a snack bar and a pub. Although the hotel is only 2 minutes from the beach, you can decide to spend one evening at its large swimming pool. This establishment is clearly what you need for either a pleasure trip (family or couple) or a business trip.

9 April 1947 Square is located in Tangier's historical quarter, right at the start of the Medina neighbourhood. It is one of the biggest squares, also known as the Grand Socco, where you can also find the Sidi Bou Abib mosque and Cinema Rif, two iconic places in Tangier.

-What can you see near the square?

Near 9 April 1947 Square, there is a whole universe to explore. You should start by heading towards the Sidi Bou Abib mosque and Cinema Rif, continue along the Medina by visiting the Petit Socco, where you can buy a large variety of crafts, and end at the Kasbah, visiting its museum.

Apart from its tourism importance, 9 April 1947 Square also has a historic relevance since it was here in 1947 where King Mohammed V gave a speech declaring the independence of the northern cities and announced the reunification of the Kingdom of Morocco. 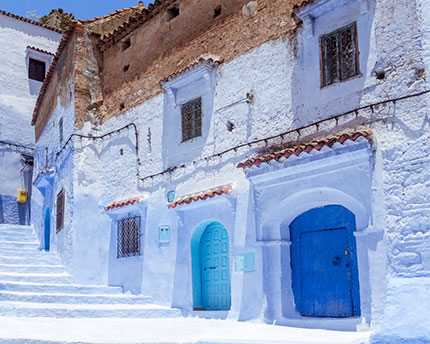 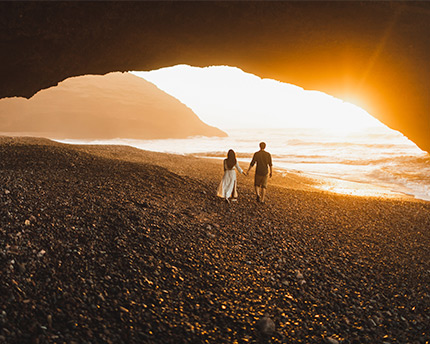 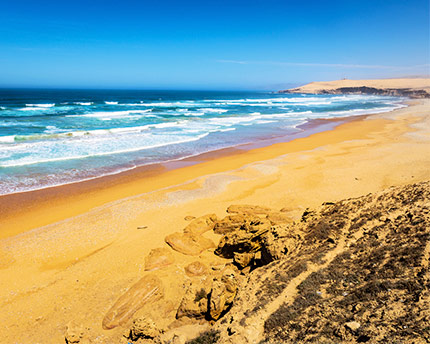 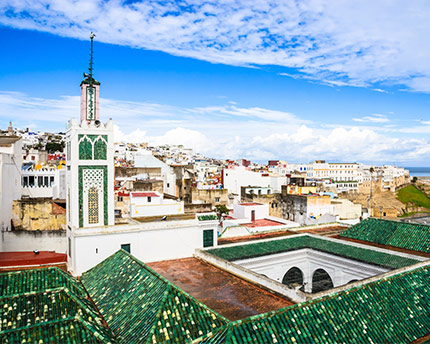