8 not-to-be-missed activities on your trip to Cádiz 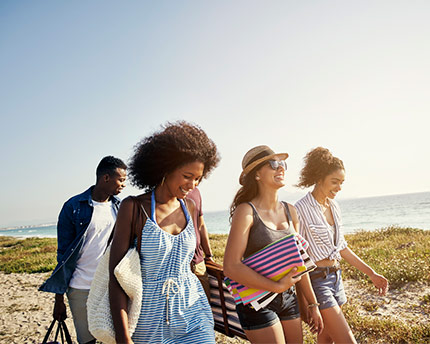 Discovering both the history and modern daily life of Cádiz can be achieved through simply choosing activities that provide an insight into the province’s many facets. If you love the sea, you won’t want to miss sailing around the bay to catch a glimpse of the towns and villages that lie along it, or you may even enjoy a boat trip to see whales and dolphins. They never fail to to delight with their agile stunts, however many times you may have seen them already. More active visitors may enjoy surfing, kitesurfing or paddle boarding.

If you prefer calmer activities, don’t worry — you can have a great time on guided visits to learn about the history of Cádiz, or perhaps at a tasting session at a winery or on a gastronomic tour of  traditional bars and hostelries. As you already know, “pescaíto frito” [tiny, fried fish] is quite an institution in this province, so don’t miss the chance to try it in any freiduría. Moreover, around the Barceló hotels, you will find a plethora of leisure options combining fun and glamour; there’s always the chance to enjoy haute cuisine or just a glass of wine in a smart lounge.

Below, you’ll find a selection of 8 not-to-be-missed activities to try in Cádiz — but, of course, you’ll find a thousand and one other things to make you happy here.

A guided tour of Cádiz

Whether you’ve decided to stay in the city of Cádiz itself, or whether you’ve opted for one of the province’s resorts, a sightseeing tour of the city is essential. A guided tour is fascinating, because it includes a little of everything. You will therefore have the chance to learn the history of magnificent historical monuments such as the Cathedral, the Roman Theatre, or the church of Santa Cruz (known as the Old Cathedral), but you’ll also have time to stroll around neighbourhoods such as El Pópulo or La Viña, and the constantly buzzing squares such as Plaza de Mina, Plaza de la Candelaria, Plaza de San Antonio, and Plaza de San Francisco. There is also the area overlooking the bay, along the Alameda Apodaca.

Among the places offering panoramic views is Torre Tavira, one of Spain’s few camera obscuras. Ask to be taken to the Plaza de las Flores and to Caleta beach, and then tour the Campo del Sur and its colourful façades, with the shining cupola of the Cathedral in the background.

Once you have toured the city itself, we can suggest other guided visits around the province. Travel around the picturesque coastal towns such as Chiclana, Conil, Vejer, Barbate and Tarifa, and Sanlúcar de Barrameda, as well as those that lie inland, especially those of the Serranía de Cádiz, the mountainous area that includes the delightful towns of Setenil de las Bodegas, Arcos de la Frontera, Medina-Sidonia, and Olvera.

If you’re a cycling enthusiast, and you like to do your sightseeing on two wheels, you’ll have no problem in Cádiz. In fact, the number of kilometres covered by bicycle lanes has increased massively in recent years, so you can now enjoy seeing the entire city from your bike.

In the city of Cádiz, you will find several companies offering standard bikes, mountain bikes or electric bikes for hire. One bicycle hire company in Cádiz is Las Bicis Naranjas [Orange Bicycles]; its office is at N° 9, Calle Sagasta. Remember that the person signing the hire contract must be at least 18 years of age. You can also go on guided cycling tours — another way of getting to know the city.

There are so many ways to enjoy Cádiz’s beaches: you can walk for miles along fine, golden sands, which often lie between stunningly beautiful banks of sand dunes, while the shores themselves are home to luxuriant native plant life. Why not sit down at a chiringuito [beach bar] to enjoy mouthwatering cuisine, along with the sea views? And, of course, you can enjoy the kind of fast-paced activities that sustain this area on Spain’s Atlantic coast.

If the idea of sunbathing on your beach towel all day doesn’t appeal to you, you can choose from a range of fun and thrilling options, including skibus or ‘rutas neumáticas’. If this doesn’t mean anything to you, we can tell you that with skibus you ride on a ‘banana boat’ (an elongated inflatable) which is towed along at high speed by a boat. You can try it on Santa Catalina beach or in Puerto de Santa María. And rutas neumáticas are trips in inflatable craft around the coast to see the beauty of the bay of Cádiz from the sea. Two options offering speed and excitement.

One of the most thrilling activities on offer for families is a sailing trip to see whales and dolphins in their natural habitat. The waters around Cádiz are home to a significant population of resident cetaceans (mainly dolphins and pilot whales). In addition, large colonies of orcas, sperm whales and fin whales pass through during the summer on their migration between the Mediterranean and the Atlantic.

Seeing these creatures in a zoo or an aquarium doesn’t come close to the experience of seeing them in the open sea. Because they are free, wild animals, any sighting is wholly unpredictable, and it is such a thrilling moment when they appear on the surface.

The best place to spot cetaceans in the province of Cádiz is in the Strait of Gibraltar, so we recommend that you hop on board one of the purpose-built boats with your camera or mobile phone at the ready, because at any moment you may glimpse pilot whales and striped, bottlenose, or common dolphins.

Whether you’re expert at riding the waves or whether you’re a novice, there’s an option for you somewhere along the Cádiz coast. In fact, this is one of the best places in the world to enjoy this adrenaline-inducing sport. The combination of constant wind, the height and direction of the waves, the number of annual days of sunshine (over 300), and the temperature of the sea water makes surfing in Cádiz such an exhilarating experience, particularly around the Tarifa area.

And if you have yet to discover kitesurfing, head straight for the beaches of Los Lances and Valdevaqueros, also in Tarifa, to take your first steps in this sport. Undeniably, an unforgettable experience. 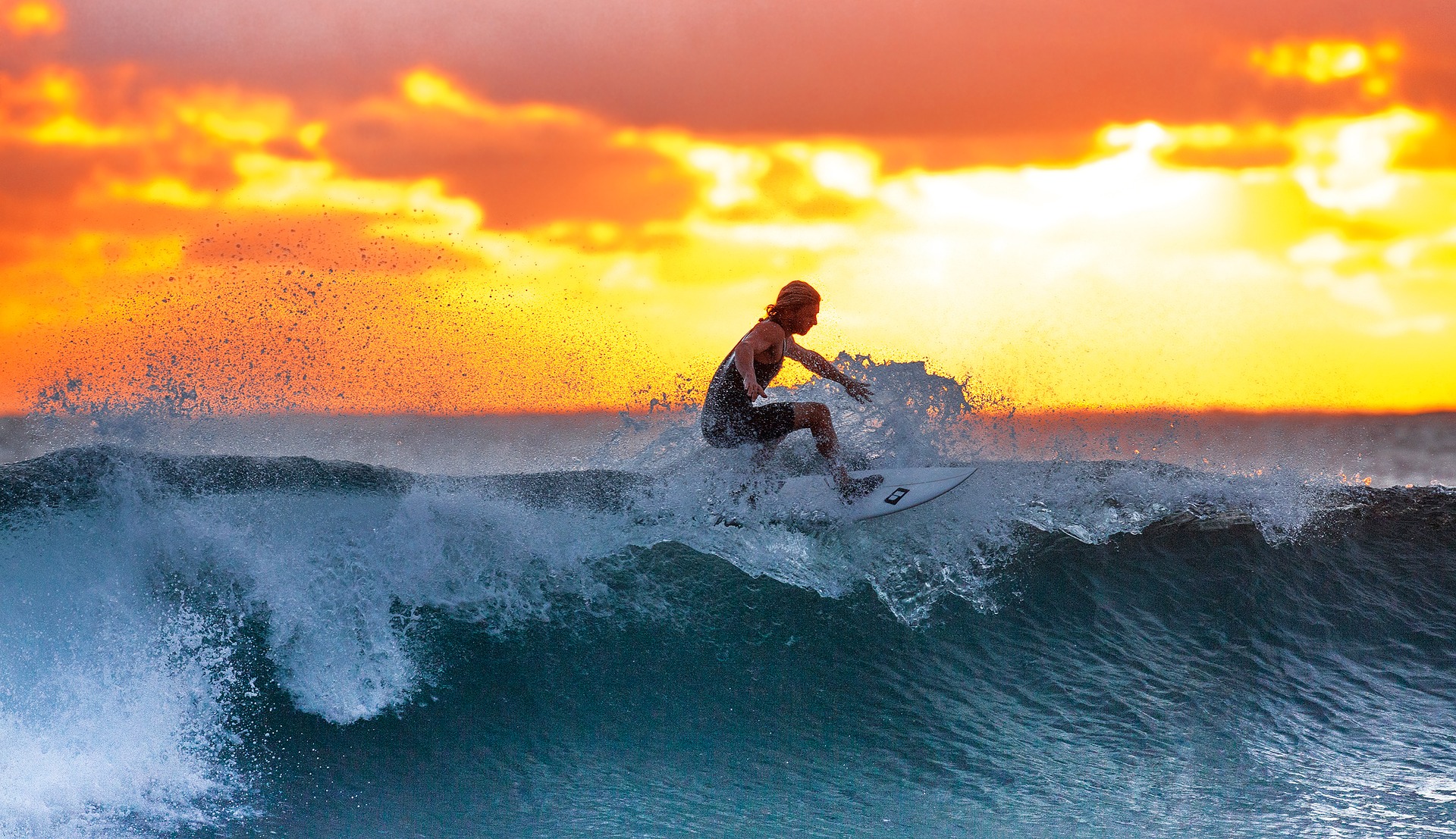 A boat trip around Cádiz

Feeling the sea breeze on your face while you enjoy the lovely views of the Cádiz coast from the deck of a boat can be the perfect way to enjoy a day in the south of Spain. There are endless options, from sailing with the regular catamaran service that connects Cádiz with the Puerto de Santa María and Rota, to a full day’s sailing trip that will take you around all the beautiful and hidden corners of Cádiz’s extensive coastline. Don’t forget to ask the captain to sail close up to the islet of Sancti Petri, which is steeped in legend, and which presents a captivating silhouette at sunset.

Alternatively, you could book one of the sailing excursions offered at several points along the almost 300 kilometres of Cádiz’s Mediterranean  and Atlantic coastline.

Visiting a winery in Cádiz

Although pescaíto frito is usually accompanied by a beer, we would encourage you to try a good wine along with your tapas in Cádiz. If you’re new to the world of wine tourism, a good way to start is with a guided visit to one of the wineries recognised by the Marco de Jerez Regulatory Board. And where will you find those? It might surprise you to learn that there are wineries in several towns in Cádiz, offering different types of wine, such as manzanilla, fino, moscatel, oloroso, amontillado, and palo cortado. Some you may find interesting are the González Byass bodega, in Jerez de La Frontera; Osborne, in Puerto de Santa María; Barbadillo, in Sanlúcar de Barrameda; and Sanatorio, in Chiclana.

The wines produced inland in Cádiz are very different, especially the high quality table wines from around Arcos de la Frontera. For example, those from the Tesalia winery, which is open to the public.

Barceló’s hotels in the province of Cádiz offer a wide range of leisure options to give you holiday memories you’ll treasure forever. Each Barceló hotel offers activities with a strong connection to its surrounding area and to the character of the hotel itself. Thus, at the Barceló Conil Playa-Adults only, located in Conil de la Frontera, you can enjoy the swimming pools and the varied selection of nautical activities in the vicinity of the hotel.

At the Royal Hideaway Sancti Petri, in Chiclana, you will find the largest wellness centre in Andalusia, and scores of sea-based activities, as the hotel is right next to the beach.

Both golfing enthusiasts and fans of wellness therapies will be delighted with the Barceló Costa Ballena Golf & Spa, located between Rota and Chipiona, in Costa Ballena.

Jerez de la Frontera, too, offers a tempting range of possibilities including golf, fine dining, and even the speed circuit close at hand, and make sure you check out what’s on offer at the Barceló Jerez Montecastillo & Convention Center and the Barceló Montecastillo Golf.

If you feel more at home in the city, but you’d still like to have the sea just across the street, you may well be interested in the Occidental Cádiz, the perfect hotel for a weekend break at any time of year.

And we can’t leave without mentioning an option that is becoming more and more popular for longer stays. Discover the Novo Resort The Residence Luxury Apartments by Barceló, which offers the privacy of an apartment combined with the comfort of a hotel. What’s more, it’s in Novo Sancti Petri, right next to La Barrosa beach.

What should I really not miss in Cádiz?

Among the essential activities to try in Cádiz are: enjoying the beaches, walking, sailing trips, visiting a winery, going on a cetacean-spotting trip, surfing around Tarifa, going on a cycling tour of the city of Cádiz, and enjoying the area’s gastronomy.

What activities can I book on Cádiz’s beaches?

Visitors to Cádiz’s beaches can relax in peace on their golden sands, or enjoy an adrenaline surge with activities such as kitesurfing, surfing, sailing around the bay of Cádiz, or going cetacean-spotting in the Strait of Gibraltar.

Where can I hire a bicycle in Cádiz?

In the city of Cádiz, there is a bicycle hire service called Las Bicis Naranjas; their office is at N° 9, Calle Sagasta. You will need to visit the office to sign a contract whether you want to cycle independently or to book a guided cycling tour. 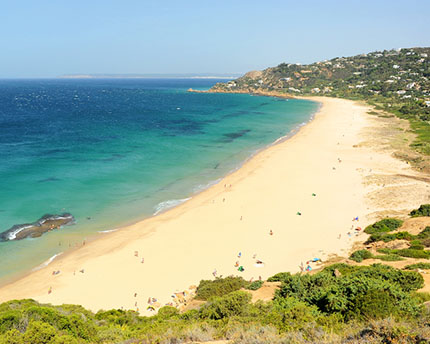 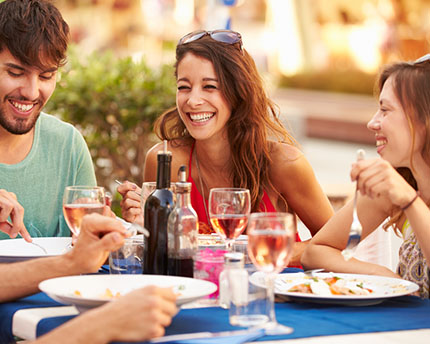 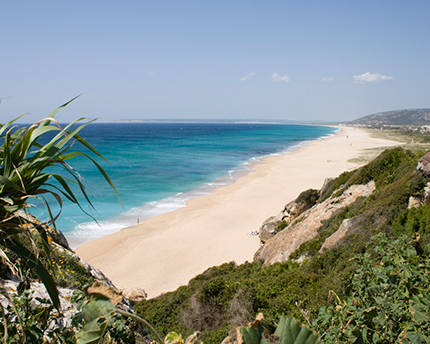 What do see in Cadiz, 26 unbeatable plans