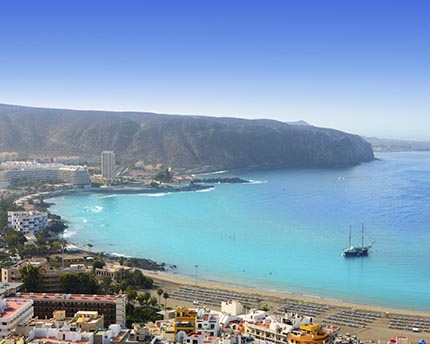 What to see in Los Cristianos? This is the question that lots of tourists ask themselves once they’ve booked their accommodation in this town in the south of the island of Tenerife. Although the area has been advertised as a ‘sun-and-beach destination’ for a long time, Los Cristianos offers a wide variety of leisure options, in addition to culture, gastronomy and the attractions of the seaside.

However, we wouldn’t want to play down neither the beauty of the beaches in the area (probably the most popular ones on the island) nor the omnipresence of the ocean. They are, unquestionably, Los Cristianos’ biggest draw, as it’s on the seashore that you’ll find some of the best things to see (and enjoy) in this tourist spot.

There are all kinds of other options on top of that, both in the town itself and in the rest of the municipality of Arona, which Los Cristianos belongs to.

Without doubt, one of the sights you can’t miss in Los Cristianos is its beach. This was one of the first places in Tenerife to attract tourism, back in the 1960s. Despite the spread of urban development, thanks to which Los Cristianos can host a growing number of people who come here to enjoy the area’s privileged climate, the town still maintains its seafaring spirit.

The beach itself is a 345-metre-long, 80-metre-wide stretch of golden sand. It’s equipped with all the facilities you could need: showers, sunbeds and parasols, bins and access for visitors with disabilities, amongst other things.

The seaside promenade which runs along the edge of the sand is lined with numerous shops, outdoor terraces and restaurants. Said restaurants are a great opportunity to enjoy the best of Tenerife’s traditional cuisine. 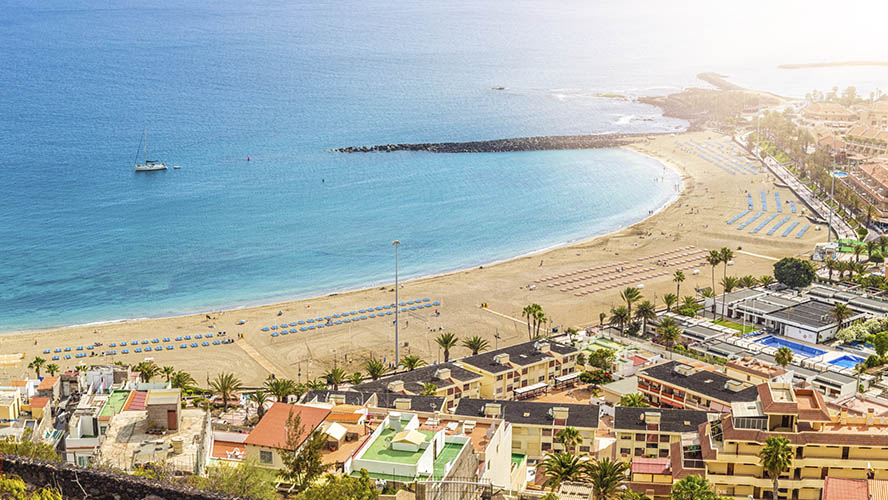 Las Américas is, without doubt, one of the most buzzing beaches in the area of Los Cristianos. This cove is surrounded by a tourist complex of the same name and is one of the spots in Tenerife that draws a younger crowd and has a thriving night scene. 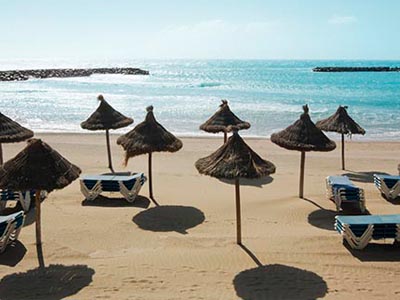 The focus is the stretch known as Las Verónicas, which is lined with bars and nightclubs, in which the fun goes on until dawn, or even later.

But it’s not just nightlife that people go to Playa de las Américas for. There’s also an outstanding 18-hole golf course here (Golf Las Américas), located right in the heart of the tourism and leisure complex.

What’s more, in the port in the area of Playa de las Américas you can embark on all kinds of excursions to try your hand at water sports.

The Playa del Camisón is one of the best beaches in Los Cristianos, especially if you’re travelling as a family. Thanks to the conditions here (it is protected from the waves by two breakwaters) it’s an unbeatable spot for your children to be able to swim safely.

This beach of fine golden sand, which is 350 metres long and 40 metres wide, boasts extremely clear waters. Next to the beach there are plenty of bars and restaurants where you can treat yourself to a cool drink and a bite to eat after a good sunbathing session.

In the evenings, Playa del Camisón beach has a very cosmopolitan vibe, but it’s a lot more chilled that the nearby Playa de las Américas.

Not far from here you’ll find the Arona pyramid. This is definitely something worth seeing in the Los Cristianos area. It’s a show hall that’s been running for more than 20 years, with the Carmen Mota dance company performing.

This well-known choreographer has brought glimpses of some of the most acclaimed Spanish dance routines to this space during her 40-year career. The show is put on at night and is called Antología [Anthology]. It is, without a doubt, one of the best things to see in Los Cristianos.

The town’s port is the point of departure to enjoy some of the best activities that you can do in Los Cristianos. More specifically, the channel that separates the island of Tenerife from La Gomera is one of the main whale and dolphin watching hubs in Spain, where you can spot dolphins and pilot whales.

On top of that, on board any of the vessels belonging to the companies that organise boat trips from the Los Cristianos port, you can behold some of the most spectacular views of the Teide volcano.

The port at Los Cristianos is also where most of the companies that organise excursions to Los Gigantes leave from. This is, without doubt, one of Tenerife’s most eye-catching geological formations, resulting from contact between volcanic lava and the waters of the Atlantic Ocean.

From Los Cristianos port you can also catch the ferries and fast boats that connect this part of Tenerife with the nearby islands of La Gomera, La Palma and El Hierro. 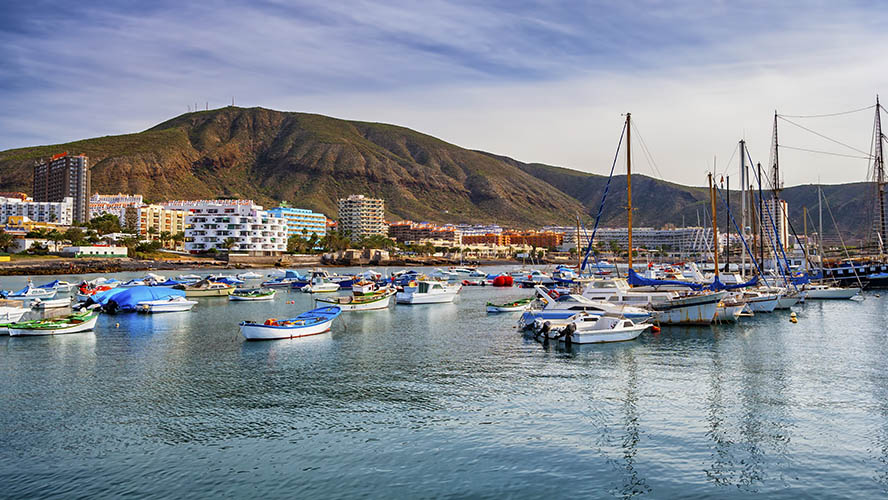 The Monkey Park zoo specialises in caring for primates and other small animals, and is a fantastic activity to enjoy in Los Cristianos, especially if you’re on holiday with children. What makes it unique is that you can enter many of the enclosures where the animals live, and even feed them.

The stars of the show here are the lemurs, marmosets and chimpanzees, but there’s also a terrarium with snakes, alongside lots of birds, such as macaws, cockatoos and toucans, and even crocodiles and tortoises. 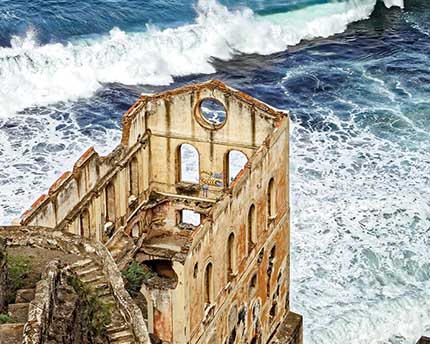 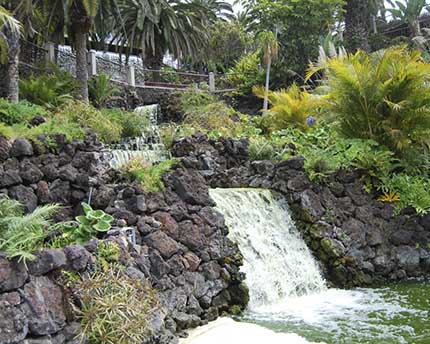 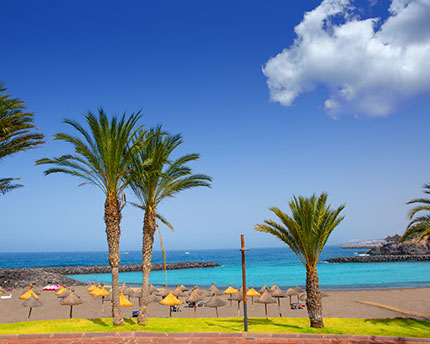 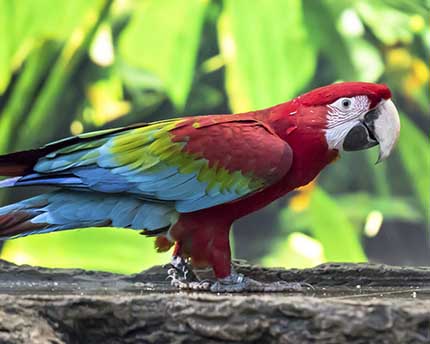