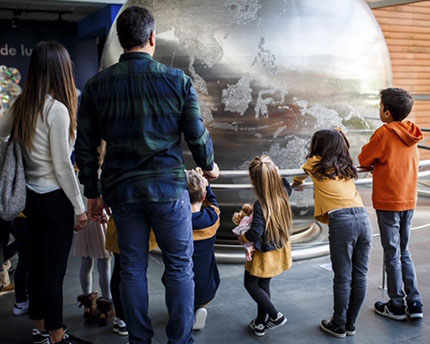 Since Eureka! Science Museum opened in San Sebastián in 2001, it has become one of the city’s top attractions. The project was developed by the Kutxa savings bank social outreach programme. The aim was to create a fun and interactive way of bringing people of all ages into contact with science. The museum was originally known as Kutxaespacio but, as it grew, the name changed to Eureka! Zientzia Museoa or Eureka! Science Museum. Amongst other features, it has an impressive planetarium.

There are 178 interactive panels so NOT touching is NOT permitted! They are spread out over nine permanent exhibition spaces. Have fun as you find out more about the principles of science such as the ins and outs of light (which can trick our senses), or experiment with electricity. You can also see a Foucault pendulum or become a Far East fakir. Depending on when you visit, you may get the chance to see some entertaining shows that are fun for all the family.

Eureka! Science Museum in San Sebastián is in Miramón 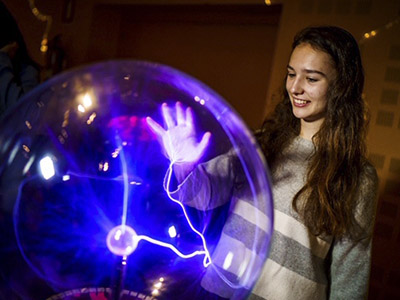 Eureka! Science Museum is located in Miramón Technology Park. It is an interactive place where your children can learn as they play. The introduction they will get to science at the museum is entirely participative and they can try out a wide range of apparatus. Indeed, the museum was designed with children in mind, giving them first-hand, real-life experience of many of the theories that they learn at school.

The Hipatia, Animalia and Plastination rooms are particularly fun. There are six different sections to Hipatia and they all contain different types of games that your children will adore: Sense and Sensitivity, Communication, Light Games, Spaceship Earth, Sparks of Energy and Mechanical World. They can touch, test and try out everything. Nothing is out of bounds.

There are over 20 species of animals such as turtles, snakes, chameleons, octopuses and jellyfish in Animalia. It is split into different sections representing a desert, a tropical forest and the sea. Learn all about the different species, understand them and learn to respect them as a fundamental part of nature.

Perhaps one of the most impressive parts of the Eureka! Science Museum is Plastination. You will find plastinated organs and bones here. Plastination is a means of conserving biological material. It consists of replacing the liquids and fats in dead organs with a polymer using vacuum and hardening techniques. Seeing what we look like inside piques everybody’s curiosity. You will love it! All the exhibited organs are real and they are there to be enjoyed thanks to donations made to research and science.

The planetarium at Eureka! Science Museum

Eureka Digital Planetarium is part of the science museum. Step right inside the cosmos like never before and be amazed by the 360º dome. It is one of the best and most impressive domes in Spain. It can seat up to 142 people and astronomy-related scenarios can be projected onto the dome from anywhere in the cosmos and in real time. Special events include 2D and 3D sessions with an expert commentator. The events are suitable for all ages. You’ll find it hard to choose which event to attend so don’t forget to take a look at the schedule before you go so that you don’t leave disappointed.

There is also an astrology observatory in the building’s thirty-metre tower. Weather permitting, you can observe the sky through the telescopes.

The information panels in the museum are available in four languages (Spanish, Basque, French and English) so there is no excuse not to find out everything you want to know. You can also enjoy activities and shows in other languages if you submit a request in advance. There is also a very interesting show all about electricity. Additionally, there is a special games room where you can use a simulator to go on a roller-coaster ride, drive a Formula 1 car or even fly a plane!

Outside, you will find a model of San Sebastián’s most emblematic buildings and of the entire province of Gipuzkoa alongside a small botanic garden.

*Other useful information: there are indoor picnic areas, a restaurant and cafeteria with a terrace, and a play area. The facilities are completely accessible for disabled visitors. 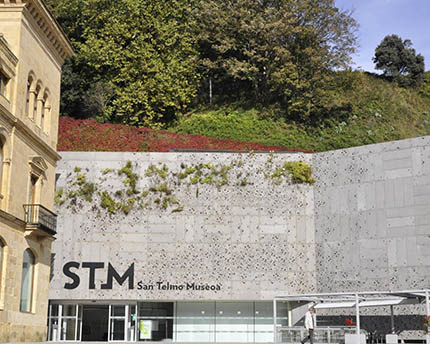 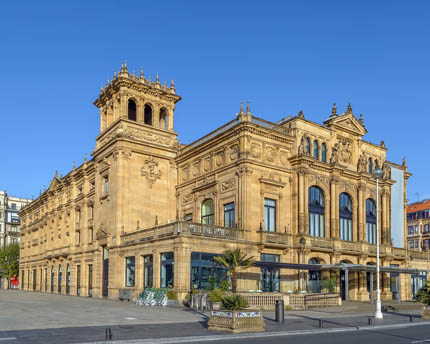