What to see in Tenerife in 3 days

A three-day break gives us time to switch off from our routine and also provides us with the opportunity to explore nearby destinations such as Tenerife. This particular Canary Island is justifiably proud of its endless springtime, and is one of the peaceful retreats most in demand during the winter months. But it’s not only the island’s climate that tempts us: it’s also the variety of its landscapes and the hospitable nature of its people.

We recommend that during your 3-day trip you try to include a taste of the natural world, by at least visiting the Teide National Park, a few of the historic towns and cities, such as La Laguna, La Orotava, Santa Cruz de Tenerife and Puerto de la Cruz, and delightful villages such as Garachico. Make time to eat in some of Tenerife’s restaurants, many of which are run by top international chefs. Do you still think you couldn’t be tempted by 3 days in Tenerife? 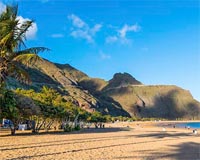 The island’s capital is noteworthy for its dignified air, its pretty churches, its historic neighbourhoods, and its oh-so-lively social life. Essential places to visit include the colonial church of La Concepción, the Nuestra Señora de África market, the César Manrique Maritime Park, and the Museum of Nature and Archaeology. 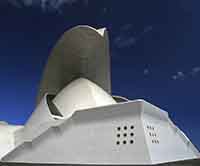 While you are in Santa Cruz de Tenerife, be sure to visit this auditorium, the work of the renowned architect Santiago de Calatrava. Apart from its modern aesthetic, with its concrete and white trencadís finish, it has a full calendar of events including music festivals and recitals. 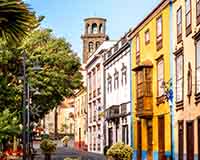 This historic city enjoys a lively university atmosphere. Stroll along its streets with their abundance of monuments and mansions to see for yourself why it has been declared an Asset of Cultural Interest and a World Heritage Site by UNESCO. During the daytime, it is a pleasure to visit the city’s Cathedral and museums, and in the evening no-one can resist the temptation to go out for a drink.

This restaurant in the heart of La Laguna offers a select menu whose highlights are good fish and seafood. Do not hesitate to order limpets, black rice with squid and fish escaldón [a typical Canarian dish of fish stock blended with gofio—toasted Canarian flour]. It also offers traditional dishes such as ropa vieja [pulled or shredded stewed beef with vegetables]. The restaurant has a very attractive open-air inner courtyard.

Its golden sands, palm trees and pleasant atmosphere make this one of Tenerife’s most popular beaches. Enjoy an afternoon here, strolling by the sea shore, sunbathing or having tapas in the San Andrés fishing quarter. 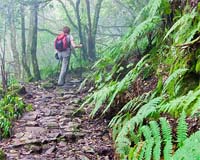 Even if you’re not going to be able to see the whole park, set aside some time to explore the Sendero de los Sentidos, a path which once linked the villages of Anaga with La Laguna. There are three options here, all of different lengths, but each of them makes for an enjoyable walk, where you can learn about nature and see examples of laurel woods. 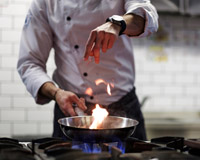 Holidays are the perfect time to try cuisine from other parts of the world. We can recommend the Japanese cuisine in one of the island’s finest restaurants, which also has been awarded a Michelin star. The restaurant is in Santa Cruz de Tenerife, and you will need to book ahead. 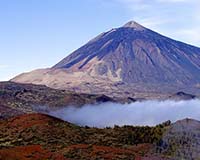 In this national park, you will see a volcanic landscape formed by flows of lava and incredible structures such as Los Roques de García. Don’t miss going up Mount Teide by cable car, and walking on up to the summit of the volcano. At an altitude of almost four thousand metres, the view is spectacular. 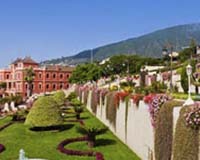 La Orotava is one of the most beautiful and historic areas on the island. Its not-to-be-missed views include the Casa de los Balcones (which houses the Museo de Usos y Costumbres [Folk Museum]), the churches of La Concepción and San Agustín, and the Town Hall. You could also take the opportunity to buy your first souvenirs in this town. 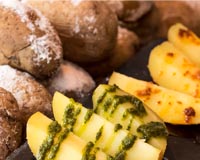 The perfect establishment in La Orotava for partaking of traditional Canary Island cuisine. On offer here there is a host of wines, artisan cheeses, ham, and authentic traditional dishes such as homemade almogrote [a paté made of hard cheese, garlic, olive oil and peppers] and the ‘house ropa vieja [stewed meat with vegetables] made with shredded roast pork’. 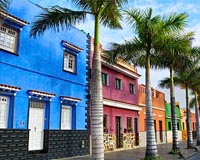 This is the island’s smallest municipality, but also one of the most delightful. It was even prescribed as the place to rest and recover by the British Medical Association in the nineteenth century. It was declared a National Tourist Site of Special Interest in 1955 and has continued to charm visitors ever since with its fishing quarter, La Ranilla, and with its modern Puerto Street Art murals. 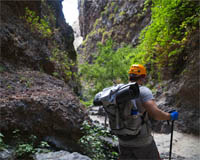 This natural space covering over eight thousand hectares contains a huge diversity of landscapes and cultures. It is the perfect place to gain an insight into Tenerife’s complex terrain, and to wander around cliffs, laurel woods, valleys, low-lying islands and towns, such as Masca, where you can admire the traditional architecture. 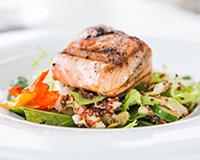 This establishment is spread over several rooms of a nineteenth-century house, and has preserved its original character and décor. The antique furniture and wood-beamed ceilings add the finishing touch to a most pleasant experience where traditional cooking takes centre stage. Of course, you can order the delicious papas con mojo [potatoes with traditional Canary Island sauce], but you should try some of the specialities too.

When seen for the first time, the cliffs of Los Gigantes [the Giants] are a breathtaking sight. This vertical mass of rock, over 600 metres high, rises next to the sea like a wall. Cetacean-spotting boats sail from the port of Los Gigantes, but if you prefer to stay on dry land, make your way to the La Arena beach, where you can go for a paddle whilst enjoying the views of La Gomera. 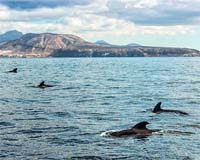 It is a standing joke among the captains of the vessels dedicated to cetacean-spotting trips that Tenerife has its own aquarium in the ocean. And they could be right, because every time one of these boats sets sail, dolphins, pilot whales, fin whales and sperm whales appear as if by magic. The boats depart from Los Gigantes, Puerto Colón and Los Cristianos. 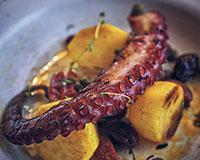 This traditional restaurant, located in the town of Las Aguas, is the perfect choice if you like rice dishes. It has a very pleasant terrace, as well as excellent service. What more can you ask?

You would probably make your way to Icod de los Vinos because it is home to the famous Drago Milenario [Thousand-Year-Old Dragon Tree], but it’s also worth checking out its beautiful historic quarter, clustered around the Matriz de San Marcos church, the San Francisco convent, and the squares of Lorenzo Cáceres and La Pila. If you decide to linger and have lunch here, order the rabbit with potatoes.

One of the island’s most charming towns, its historical heritage was declared an Asset of Cultural Interest in 1994. Take a stroll through its cobbled streets, and finish by relaxing in one of El Caletón’s natural swimming pools, where you will be seduced by both the crystal-clear waters and the stunning views. 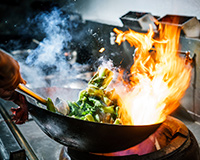